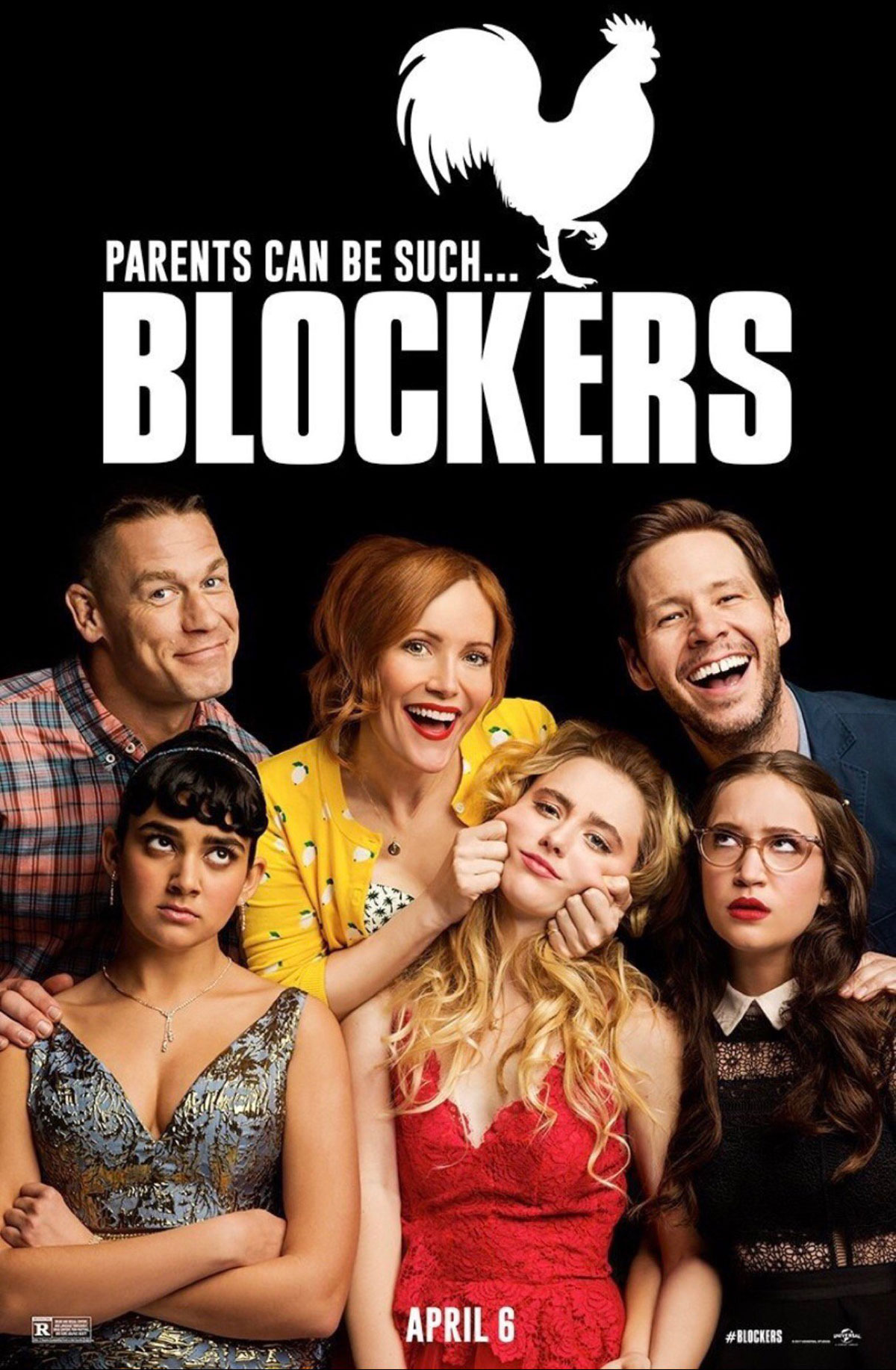 This is a smart movie. Okay, it’s kind of a dumb fucking movie, but the concept of mashing up a teen sex comedy and one of those adult caper comedies is pure marketing genius. Shit, they got me to watch it. On a plane. For free. But, still, I’ve been wanting to see this thing after hearing decent reviews from relatively trustworthy sources. Granted, trustworthy sources let me down constantly. Which would, I think, also make them relatively untrustworthy as well. Anyway, in this particular case, these sources were correct. This was a funny movie that mixed butt-chugging with some heartfelt parent/child relationship stuff — and, of course, a pack of teens making a bid to lose their virginity. So, like Losin’ It blended with Parenthood in a Superbad shell.

I won’t go into who is Tom Cruise and who’s Keanu Reeves in this equation (that’s a reference to two of the movies above in case I lost you), but suffice it to say that that, well, I guess John Cena is Tom Cruise and Ike Barinholtz is Keanu Reeves. But totally not. Instead they, along with Leslie Mann, are a trio of parents who met when their daughters were kindergartners. Those same three girls maintain their friendship all the way through school and are now seniors in high school ready to go to their prom. While the parents’ lives have changed (divorces, etc.), little seems to have changed in the lives of the girls. They’re still best friends, they’re still good students and they’re still virgins and they don’t seem to have a problem in the world. So why not throw caution to the wind and make a pact to lose their virginity (virginities?) on prom night? That is literally the entirety of the plot. And, if it sounds familiar, but gender-switched, it should. And it avoids (at least to my amateur sleuthing) the problems that the film might have had if this was the 90s and the three protagonists were teenage boys.

So the parents learn of this plan to lose it and set out to cock block their daughters. It’s part road movie, part slapstick, part teenage sex comedy. There’s gross-out stuff, lots of dick-and-balls talk and some sentimentality that is nicely curbed by not getting to schmaltzy. The surprising cast member is John Cena. I think he was the father who lived in a fridge in those awful Fred movies that Hipster Jr. made me watch with him a decade or so ago, but otherwise I know he’s a wrestler and has been in some other movies I totally haven’t seen. The dude is huge, but plays a nice, nerdy, fanny-pack-wearing, over-protective dad of a super-smart girl. And while he’s certainly not going to be winning any Oscars in the near future, his wide-eyed innocence is pretty damn charming. Ike Barinholtz is another dude I’m not particularly familiar with, but he is funny as hell and plays a good cad/bro with a heart of gold-ish. And Leslie Mann, as always, plays the straight-(wo)man to perfection. She’s a fucking treasure. The girls are all good, but really don’t see the kind of quality screen time that the parents get. Their story is almost secondary to those of their parents and the learning process they go through in trying to stop their daughters from the rooster.

Now, if I were a nit-picky man, I would point out that this movie has all sorts of timing issues. That is almost a hallmark of these types of movies, where the action changes scenes multiple times and it’s all played for laughs, not time/space reality. Characters appear to seemingly teleport from place to place. Things that took an hour to get to only take minutes to get back to. Cars get wrecked, but then people somehow get to far away places on foot or in Ubers that don’ exist. It’s all kind of a mess on that front. There’s also the teen movie trope of a high-schooler somehow secretly applying to a college without her parents knowing. That shit doesn’t really happen. Also, the movie takes place in Chicago and there’s an insinuation in the film that University of Chicago is some sort of “local” school that’s like a safety school for one of the characters. University of Chicago is one of the ten best colleges in the US. It ain’t Arizona State, dude. I suppose I can let all of this go and just sit back and enjoy a good, old-fashioned comedy every once in a while. It is weird that they make less and less of these movies. They just seem like the perfect streaming type movie, funny and uncomplicated. And an easy choice in an era where very little else is actually, unironically laugh-out-loud hysterical.