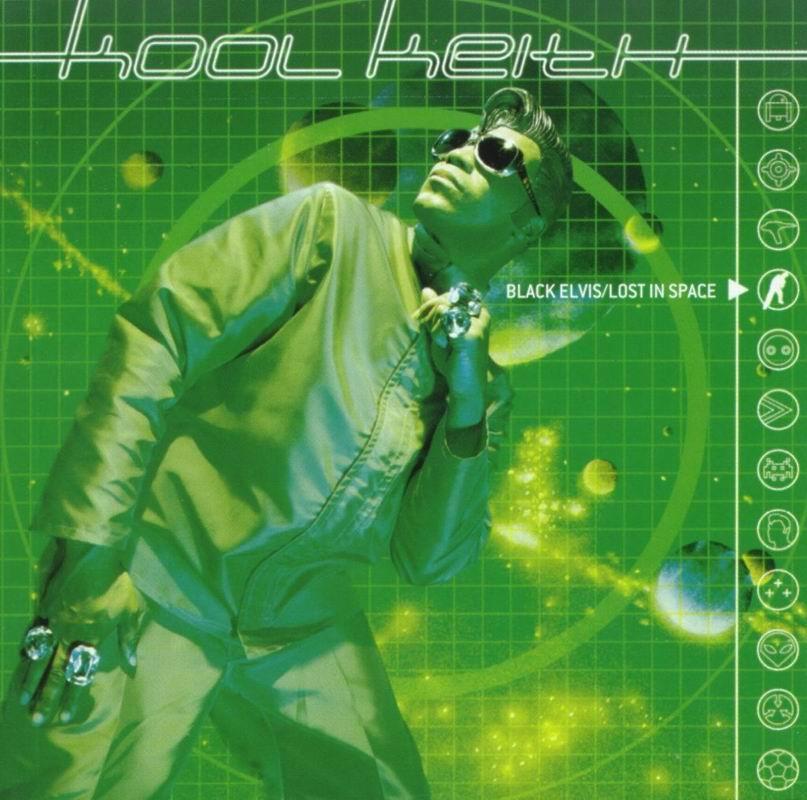 This dude is straight up nutz. I’m going to assume it’s drugs or mental illness or both, but it’s like some bizarre alien invaded Keith’s head and speaks through him. Back in his Ultramagnetic days, he was wacky, but not crazy. And then he was Dr. Octagon, a deranged psychopath of a doctor, but that seemed intentional and targeted. And then he was Dr. Dooom, which was closest to his actual self, but probably a little too close to MF Doom for comfort. This, on the other hand, is just butt ass loony. Granted, this guy might be crazy like a fox, cuz his slightly robotic delivery and nonsensical spitting babble about space and women and bragging is incredibly infectious. The man is just in love with buttholes and barfing and the strangest of strange pop-culture references. He’s clearly delirious in his assessment about his stardom, but that might be part of the inside joke. The music itself is layered with deep bass, overlaid with organ bleeps and bloops. He surely isn’t for everyone–and in fact might annoy the crap out of most–but this is certainly entertaining as hell in a Escape from New York kind of way.