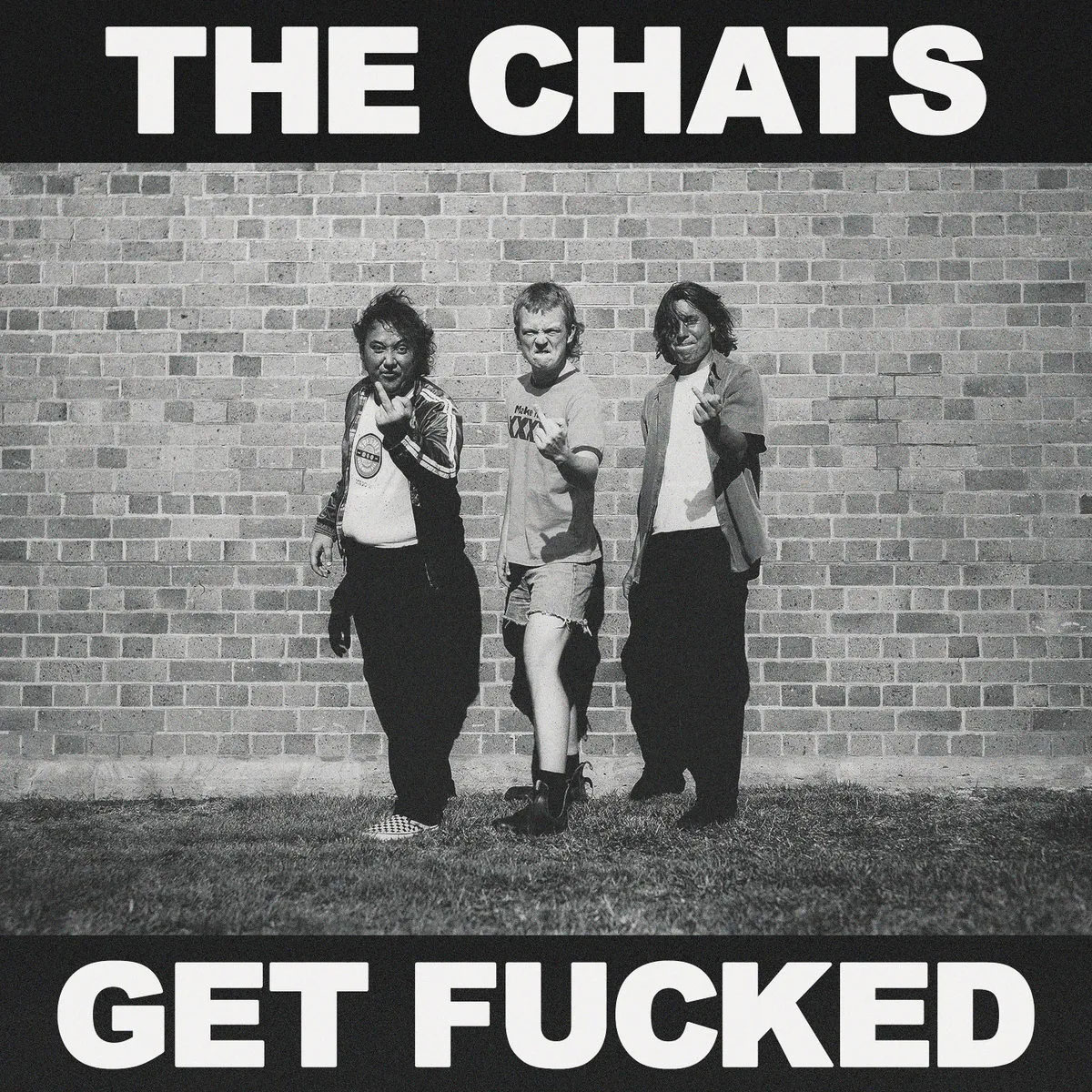 The Chats: Get Fucked

I’m not even sure albums like Get Fucked need reviews. There’s no way to talk about the nuance of the chord progressions and the subtlety and imagery of the lyrics. Because, frankly, there is none. And I’m bad at that shit anyway. The Chats, and their sophomore album, are just loud, brash and bratty. You know, play those power chords fast and repetitive while sneering about drink and cars and hanging out. But in Australia. It’s basically an entire album of The Dead Milkmen’s “Bitchin’ Camaro.” On methamphetamines.

But can this possibly be good? Depends on your definition of good, now doesn’t it? If you think “deep” is good then you’re out of luck. If you think “varied” is good, then this ain’t your album. If you think “musical” is good, then you should probably look elsewhere. You get the idea. But if you like straight-ahead silly punk rock with not a whole lot to say, but played at a frantic pace, then “Get Fucked” might hit the spot. Because, after all, the aim here isn’t to be generally “good.” It’s maybe meant to be “good” in its very specific, narrow lane, though. In the world where dead garage punks like Jay Reatard are kings, or maybe a block on which Jeff Rosenstock lives, The Chats might be either loyal subjects or decent neighbors.

Honestly, I’ve no idea if there is still an authentic audience for this music in 2022. One that doesn’t listen to it because it’s simple and fun. Or one that hears in it the nostalgia of an age where anyone could pick up a used drum kit, guitar and mic and make music with little to no clue how that’s supposed to happen. Not that these guys aren’t proficient musicians, but there is definitely some tongue-in-cheek DIY going on here. Because that fuckin’ relief-pitcher mullet on the lead singer can’t be for real. Point being, I don’t know if there are still mohawked, rot-toothed punks hangin’ in the Outback (the Aussie desert, not the steakhouse chain) looking for this kind of chant-based punk rock, 3-chords and a cloud of dust type stuff as their primary go-to. Or if it’s meant to be a little bit cheeky and/or throw-backy in its approach. I suppose it doesn’t ultimately matter, because if you find this type of thing to your liking it shouldn’t matter why.