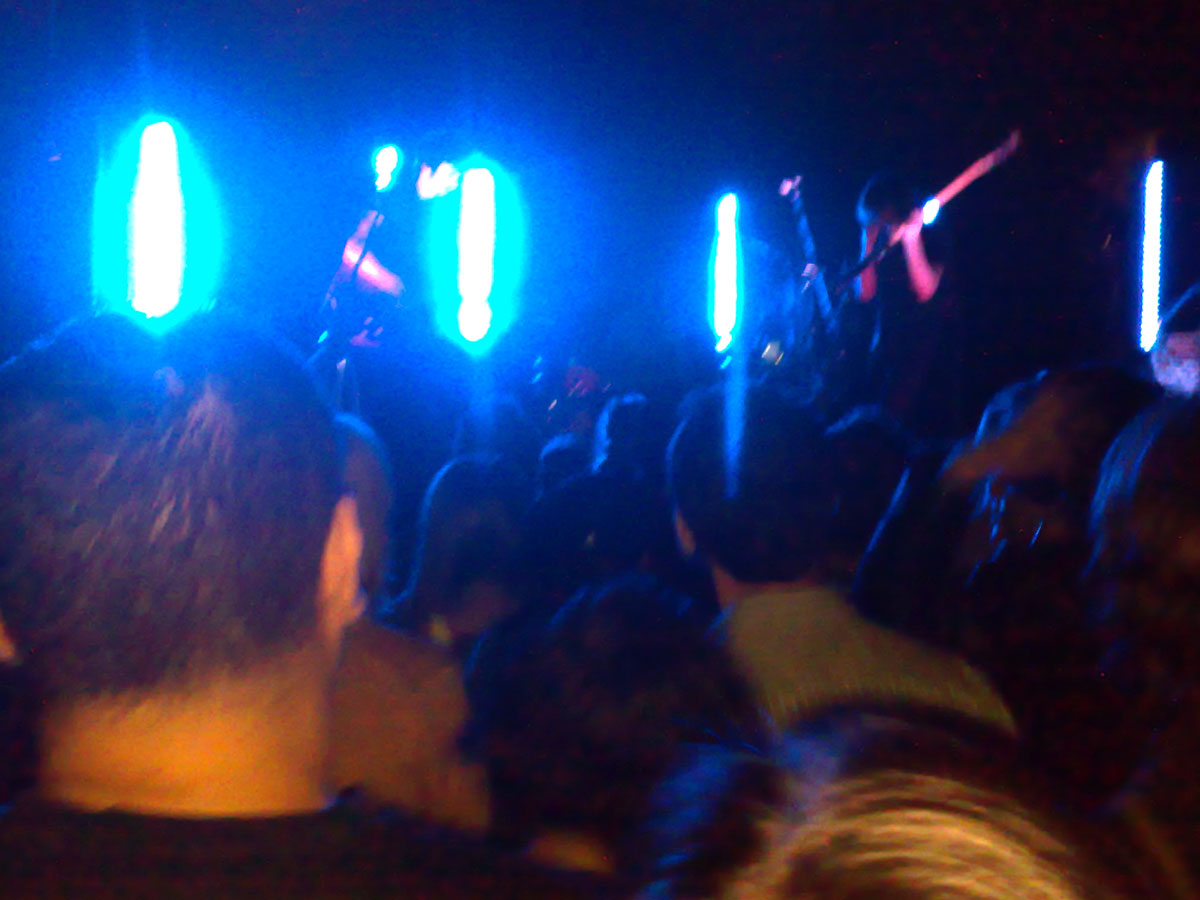 Considering the fact that Ms. Hipster and I were old enough to be the parents of all the members of the two opening bands, I wondered if perhaps we had gotten in over our heads going to a kiddy show. It turned out that we had the stamina and grit to outlast and survive.

The first opening band, The Static Jacks, hails from my adoptive state of New Jersey, and looked the part, right down to their curly brunette locks and something just smelled of The Garden State. It looked, at first glance, not unlike a North Jersey high school talent show. I had checked out snippets of their stuff on MySpace, but when faced with teenagers with guitars who really knows what the hell you’re going to get. It turns out these kids do a damn good approximation of Strokes-like rock ‘n roll. Considering the largest of ’em probably weighs 125 soaking wet, we were impressed with their power and verve. The gangly lead guitarist does a perfect I don’t give a shit deadpan and the front “man” jerked around like an erstwhile Mick Jagger and made little funnies about their cheap merch available at the downstairs table. Looking back at all the crapass high school performances I had to sit through when I was actually in high school a million years ago, I couldn’t help but think that even if these guys don’t follow the rockin’ path to glory, and end up being ad execs or lawyers or some profession that doesn’t even exist in 2008, they can always look back and say that as high schoolers they fuckin’ rocked New York City. Jealousy doesn’t even begin to cover it…

The second opening band, Smoosh, I knew nothing about (which put me squarely in the minority). It turns out that they’re even younger than the first band, and all girls. We walked back into the main show space about two songs into their set, and the first thing that struck me was the size of the bassist’s guitar. And then I realized it wasn’t the bass that was huge but the girl that was small. It took me a couple minutes to figure out that not only was she small, but she was literally a child. My assumptions were confirmed when after the fourth song she put down her bass and skipped off the stage–presumably because 10:30 was her bedtime. It was pretty hysterical. And then I noticed the headbanging drummer was also looking youngish, and as a matter of fact, the singer/keyboardist looked rather teenagery as well. So it turns out these girls are all sisters, ages 16, 14 and 11. And while I’m not a humongous fan of their Quasi/Mates of State meets Tori Amos thing, it’s always impressive when kids rock it out. And the missus, being a drummer herself, totally dug the 14-year-old with the headband doing her best Tommy Lee impression behind the kit.

So, finally we get to the main act. Now I know the dudes in Tokyo Police Club are young, but compared to their openers, these guys look positively geriatric. They certainly don’t play like old folks, though, as they blazed through a 50 minute set at breakneck speed. Along the way they made at least four or five Canada references (one “border issue” that left them merchless, as well as some playoff hockey reference I didn’t get because I don’t get hockey, along with a couple others), made the crowd clap along and proved that rock and roll can be fun. So many times I go to shows of bands that are awesome on record and am completely disappointed by their live show. One of the most disappointing things is actually when they sound exactly like they do on the album, don’t interact with the crowd and just plow through a set that I could get putting the thing on random on my iPod. Not so with Tokyo Police Club. While they sound amazingly polished on their new record, Elephant Shell, they sound even better live. They really pump up the volume, up the tempo a little bit and the lead singer, Dave Monks, pushes his voice to the brink. The funniest thing is their nerdy keyboardist and backing vocals guy, Graham Wright. He’s that wonderful indie rock anomaly with the horn rimmed glasses, high school physique and the “I can’t believe this band geek is playing in a popular rock band and getting adoration from real fans so I’m going to pour every ounce of energy I have into every performance” unabashed draw. Having only one album (that wasn’t even officially released the night of the show, but was available via download on iTunes and Amazon) and an EP (along with another sorta EP), their set was somewhat limited, but when you’re playing music with such instantly catchy melodies and propulsive drumming and whatnot, it’s a lean but dynamic experience.

So overall I highly recommend getting out and seeing these guys if you have an opportunity, even if you’ve never heard a single note off of their music. And even for us older folks, the crowd wasn’t as young and hipsterish as I thought it would be. There were actually people older than us there–although they were probably the parents of The Static Jacks driving in from Westfield, or the girls’ grandparents. In any case, I didn’t feel out of place at all, and only spied a handful of hipster assholes with skinny jeans, studded belts and white sneakers. And while those guys were busy trying too hard, nobody in the audience had to try too hard to have a good time. Smiles all around. Go Canada. 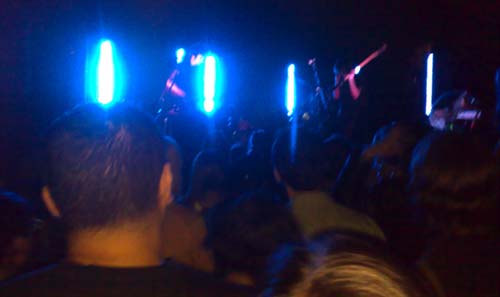