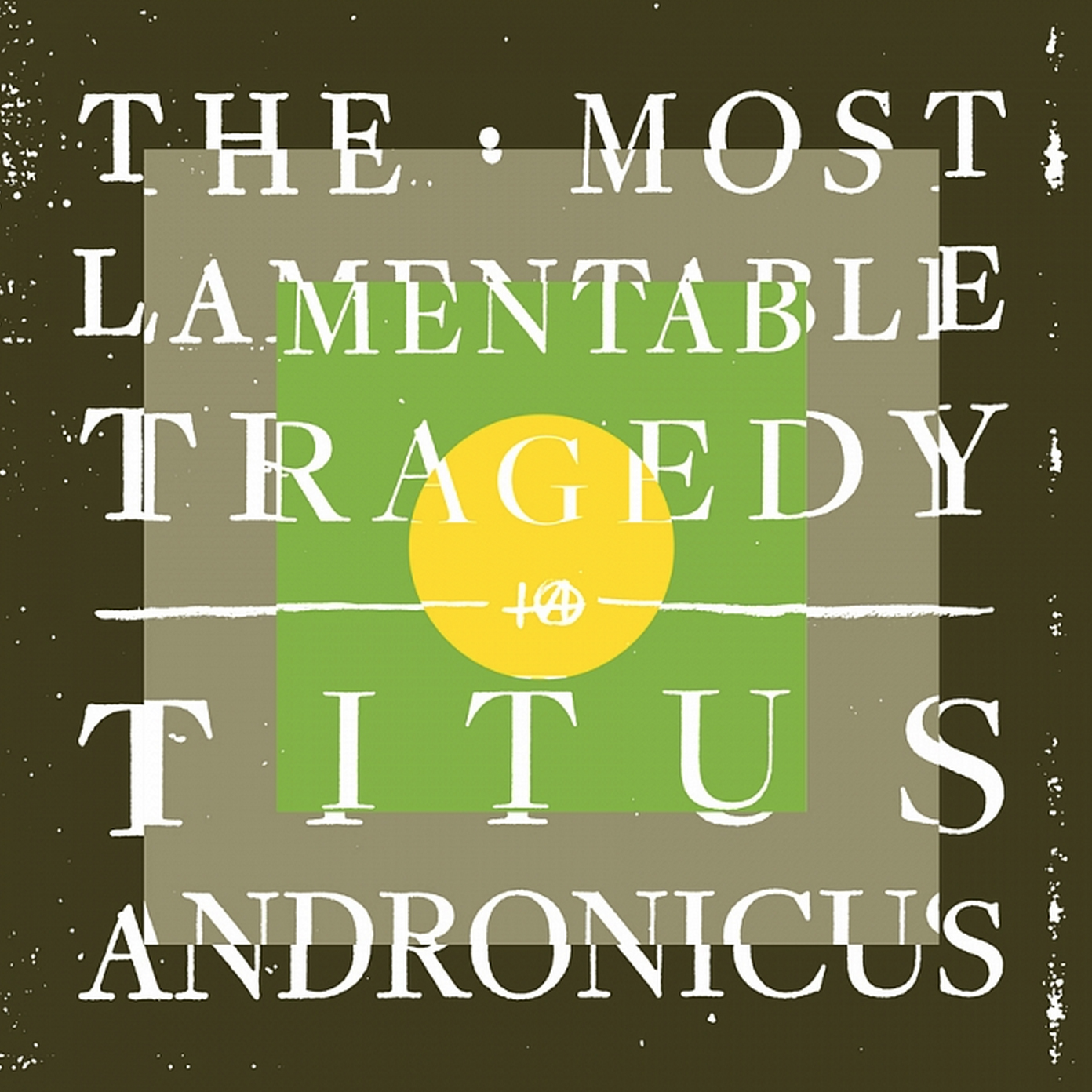 Titus Andronicus: The Most Lamentable Tragedy

If Bruce Springsteen ever wrote an epic punk rock opera about his manic depression, this is exactly what it would sound like. And who but a manic depressive in a manic state would write a 29-track album? After hearing an interview with Stickles about the making of this album he exposed himself as a pretty big hip-hop fan, so perhaps he was just trying to top Wu-Tang Forever for sheer volume, but I sense from his answers that he was just in a manic state and thought a 90-minute album made sense. And it does for the most part. It’s more cohesive than you’d expect at this length (and doesn’t include any skits), but there is certainly some filler in there, including a 1:17 silent track half way through (which is preceded by a 9:39 track). That’s crazy brain and an indulgence that perhaps someone in the band or at his label should have begged him off of. Or is he just crazy like a Foxy Brown (or a Jamie Foxx)?

With that in mind, this is clearly an album meant to be listened to from front to back. I can’t claim to get the opera part of it, at least not on the few listens I’ve had, but perhaps the narrative will unfold for me over time. It’s honestly a lot to take in one sitting — much like Stickles himself — so I find myself having to divide it up into first and second halves. So far, only because I’ve heard it way more times, I’m enjoying the front half considerably more than the second. The energy is pure punk, almost Rancid-like in its fun abrasiveness. And its story, however meandering and esoteric, is even more like Fucked Up’s David Comes to Life, which is a punk rock opera that only a punk band could write.

Titus Andronicus will never be a big band. They’ll never be “popular” in a Bon Jovi kind of way, or probably even at a Gaslight Anthem or Thursday level. They can probably aspire to Saves the Day fame or maybe some cult-level status like Ted Leo or The Wrens. Whomever they end up following into the New Jersey music pantheon, there’s no doubt that, with this album, they are the one of the most aspirational and inspirational rocks bands working the American landscape today. And it all starts with Patrick Stickles. The man is raw emotion and big ideas and boundless craziness. And that translates into an album that pulls from every corners of his mind. From his childhood listening to The Boss to teenage nights cranking early Replacements and even some 70s and 80s FM rock that he’s punked up and brought together into a ridiculously ambitious album. An album full of songs about his flaws and failures that is somehow a celebration and not the wallow-fest he could have written. This will definitely necessitate many more listens all the way through, after which I may edit out some of the filler (the silent tracks, Auld Lang Syne for some reason (unless it’s a reference to the Dismemberment Plan’s line from “Ice of Boston:” “singing Auld Lang Syne out of tune” and a couple other weird filler tracks), but will enjoy the actual songs on their own now and for many years to come. For your Titus primer, I would start with The Monitor (one of my favorite albums of all time) and then ease yourself into this one. It’ll be worth the journey.