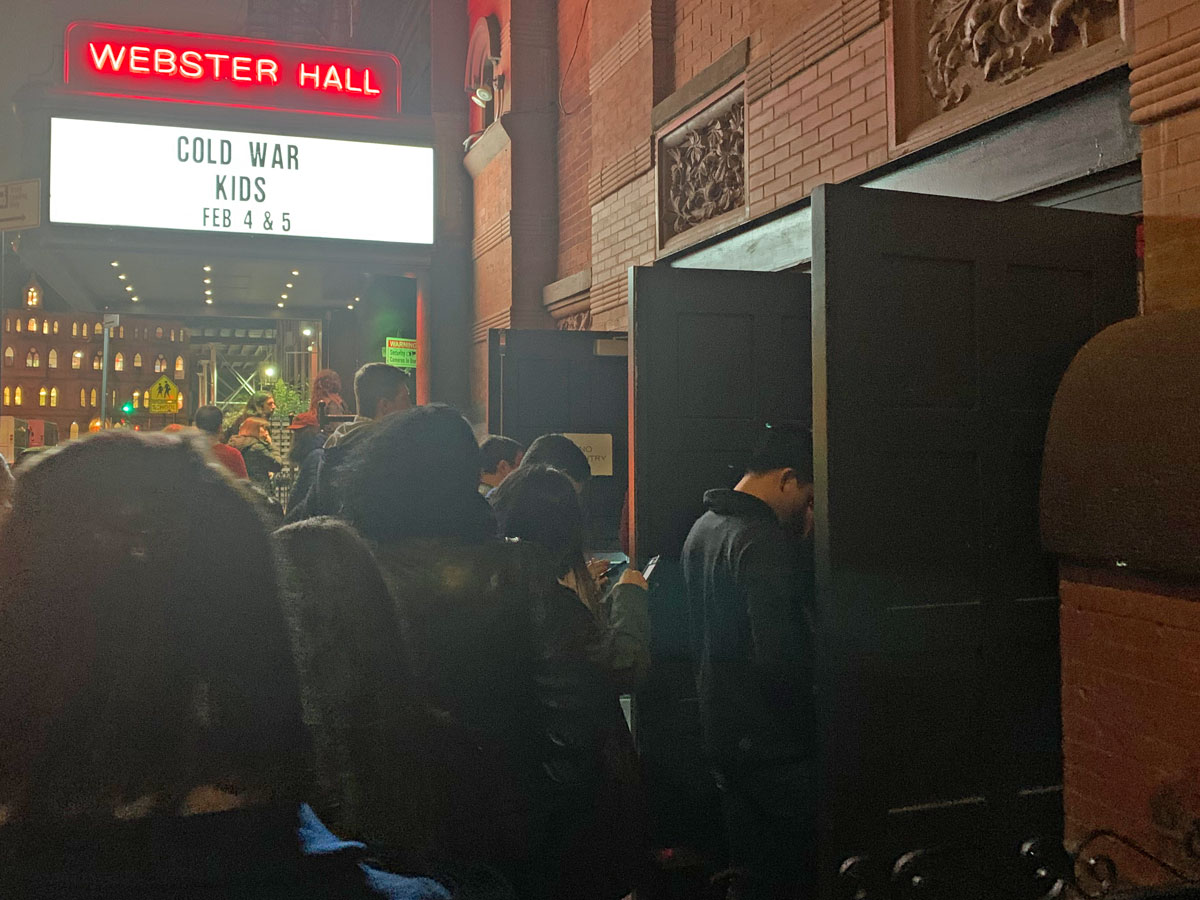 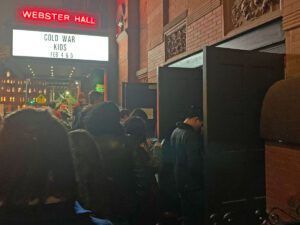 This was a Ms. Hipster special. In that she wanted to see this show. And maybe re-visit the scene of her Webster Hall bachelorette party circa way long ago. The scene of the crime, so to speak. I was familiar with exactly one of Cold War Kids’ albums. Their debut, Robbers & Cowards. Which came out in 2006. I’ve heard subsequent singles since, including their latest dalliance with the mainstream, “Complainer,” but otherwise I had no idea what to expect.

It turns out that people aren’t all that psyched to watch a rock concert on a Tuesday. At least that’s what I gathered from the generally low-energy affair in what was otherwise a surprisingly decent venue. Like the sound quality was really excellent for a larg-ish (in comparison with a joint like Mercury Lounge or Bowery Ballroom) venue. It’s similarly sized to an Irving Plaza, but feels much larger with its high ceilings and surrounding balcony viewing, which is where we settled in. 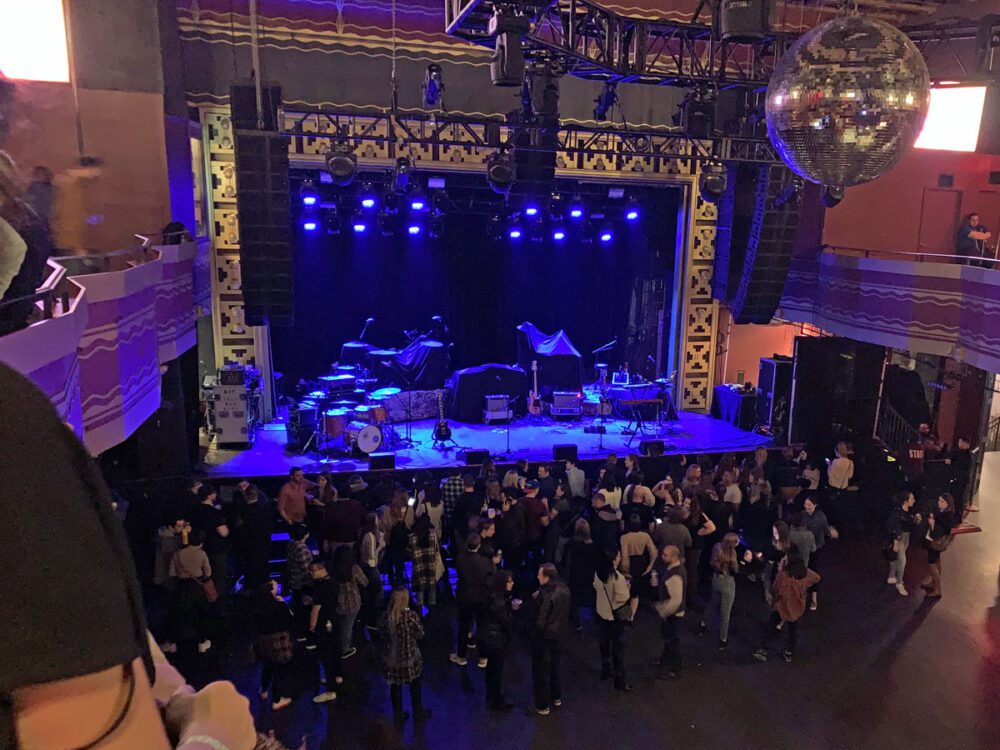 The opening band, Overcoats, sounded like a nightmare on paper. But they were actually pretty entertaining. Kind of a power pop electronic thing. Ms. Hipster was excited, as she always is, at the rockin’ female drummer. I mean the entirety of the band is female, but Ms. Hipster’s a drummer, so she’s biased.

And then Cold War Kids came out. And they were dressed… interestingly. Big, baggy sweatshirts and oversized, ill-fitting t-shirts that look like maybe they were purchased down in Chinatown. Perhaps an homage to NYC? I’d call is a dirtbag SoCal look. Whatever the case, not exactly the “coolest” looking band. The keyboardist’s pants were total floods. But not in a hip way. In a twelve-year-old-who-outgrew-his-sweatpants way. Overall the presentation was more midddle-aged, dad bar band than indie rock band playing a big NYC show.

Unfortunately for them, the vibe kind of followed. It was a little lackluster out of the gate. And, again, I have a feeling that it being after work on a Tuesday was a big factor there. But there was also them playing their current radio hit first as people were settling in and not getting a big energy boost that they were probably expecting going in. They also did that whole thing where they played their “hits” and expected the crowd to sing the choruses. I’m not a huge fan of that in general, but in a space this large with a crowd this unenthused, it fell super flat. I’m there to hear them sing, not some asshole in the crowd. It mostly sounded as if they’d forgotten the lyrics to their own songs.

Otherwise the show was fine. I can’t claim to know that much of their music, but it’s all in the same kind of indie rock and blues framework. I had crammed prior to the show, sitting at my desk at work just playing their albums front to back. I didn’t make it through all seven, but there is definitely a sound in the recordings that doesn’t quite connect live. The lead singer’s voice in their recordings is unique and pretty high. So much so at times I forgot I was actually listening to a man. But live his voice is more pedestrian and normal. Which, when you listen back, makes it clear that a lot of the appeal of the band is the specificity of their album recordings and the voice coming out of those recordings. Neither of which comes across live.

Anyhow, I could see this concert being way more appealing in a much smaller space. I typically feel that about most bands, but this one in particular feels like it needed a more intimate environment to connect better with its audience. On to the next one.