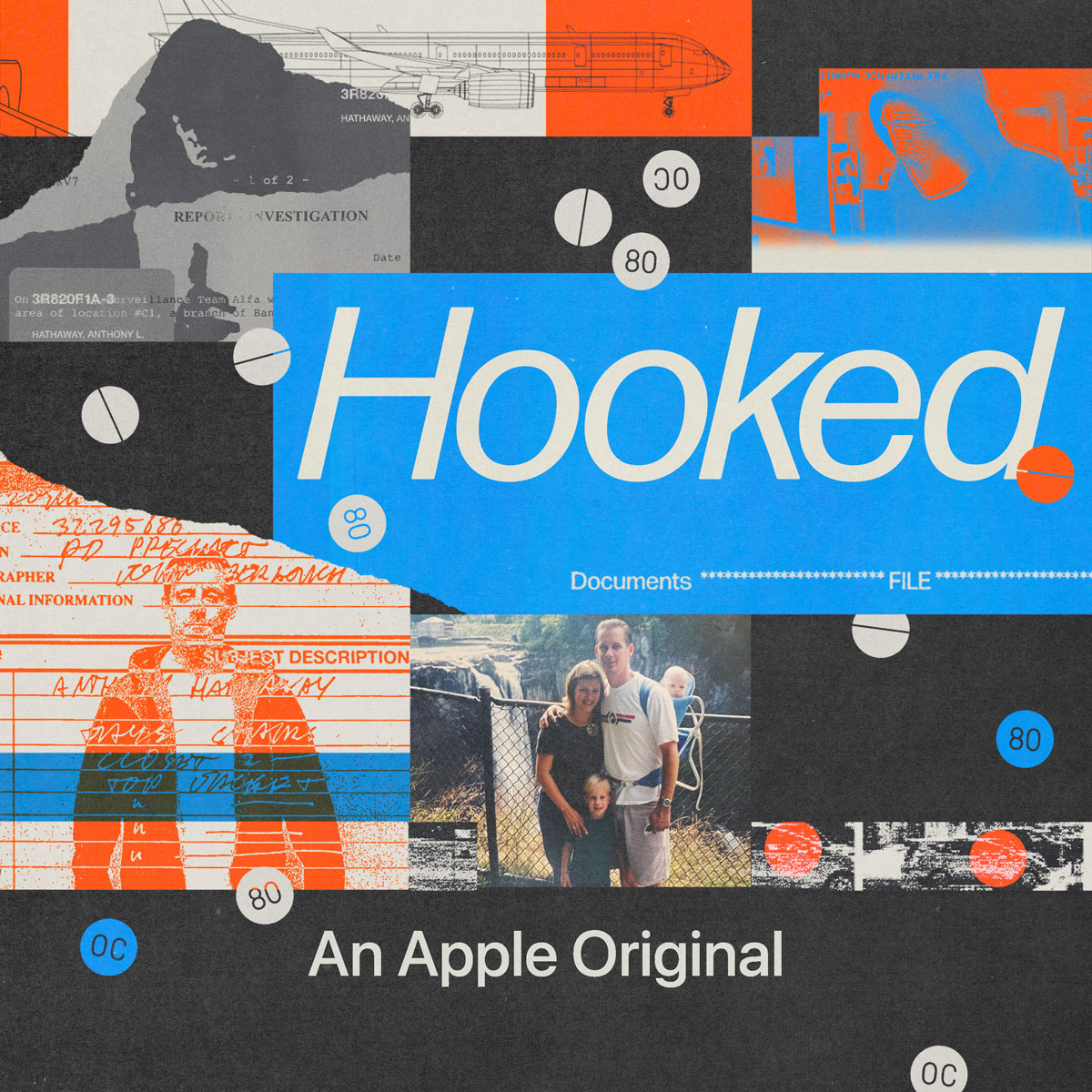 Apparently this OxyContin shit is no joke. I mean, you’d think I’d have learned that after hearing about the opioid epidemic on the news every day for years. Or like watching Dopesick. But it took this podcast, Hooked, to really drive it home. Ok, it didn’t like seal the deal — I was pretty convinced prior — but it told such a personal story and stuck with it over so many years that it made it impossible not to be both horrified and educated about how quickly a person’s life can go down the tubes because of something that was originally meant to help them.

In this particular case, the story’s hook is that the main subject — a guy who was an engineer at Boeing — robbed 30 banks. Yes, that’s the sensationalist narrative, but the story of why Tony Hathaway robbed those banks turned out to be way more of a story than the robberies themselves. And it’s this part that narrator, journalist Josh Dean, uncovers over the span of three years of talking to Tony. In his home, in prison, in person, over the phone. He goes super-deep with him, creating what seems like more of a friendship than a subject-reporter relationship. Which I suppose kind of ruins his objectivity, but Tony is pretty much an open book anyway. His early years and struggles with substances and waywardness and eventually working his way into a great job at Boeing. And then a flukey injury, prescribed pain meds, addiction, heroin, homelessness, bank robbing, prison and so-on. You can see it coming, so this is no spoiler.

Mixed in with his very quick spiral and turn to crime is the sad dissolution of his family and the double-impact of his son’s parallel addiction and shared bottoming out. Tony is pretty matter-of-fact about his circumstances and shares freely what he can about his crimes (those whose statute of limitations have expired and/or he’d been convicted on). There are times where he seems a bit indignant. And other times even a bit divorced from the facts of his situation. And other times where he seems to almost be discovering his emotion about a certain situation in conversation with the reporter. It doesn’t feel like a shrink session, but there are moments where you can hear the desperation bubble up. Three years is a long time to track a single subject, so we get some repetition, but the conversations are also exhaustive and probing.

On a broader scale, this story really gives us a first-person account of the insidious effects of a singular thing. One little pill caused all of this. There were no signs prior that Tony would end up a heroine addict, robbing banks, stealing from neighbors and serving time. It’s that pivot point that basically sent him on the wrong path to destruction. And, sure, he calls out toward the end of the podcast that he managed to come through on the other end alive with all of his family also alive, which made him so much luckier than so many other folks who ended up dead or losing a family member. But, at the same time, his life was wasted due to a twist of fate in a lunch time game in the parking lot at work. And that little pill.

I do think the podcast is pretty eye-opening. Again, I knew this stuff happened, but to put a face to it in this deep dive really drives it home. It is a lot, mind you, but it’s very well crafted and well reported. It would be hard, I imagine, to ever trust a doctor prescribing something opioid-related after listening to this thing. I think the best thing to do is to just avoid ever getting injured. Or be in pain. Because that’s so easy to do, right? And, yes, the bank robbing thing is pretty interesting, but definitely come for the human story, which it now feels like could happen to just about anybody.