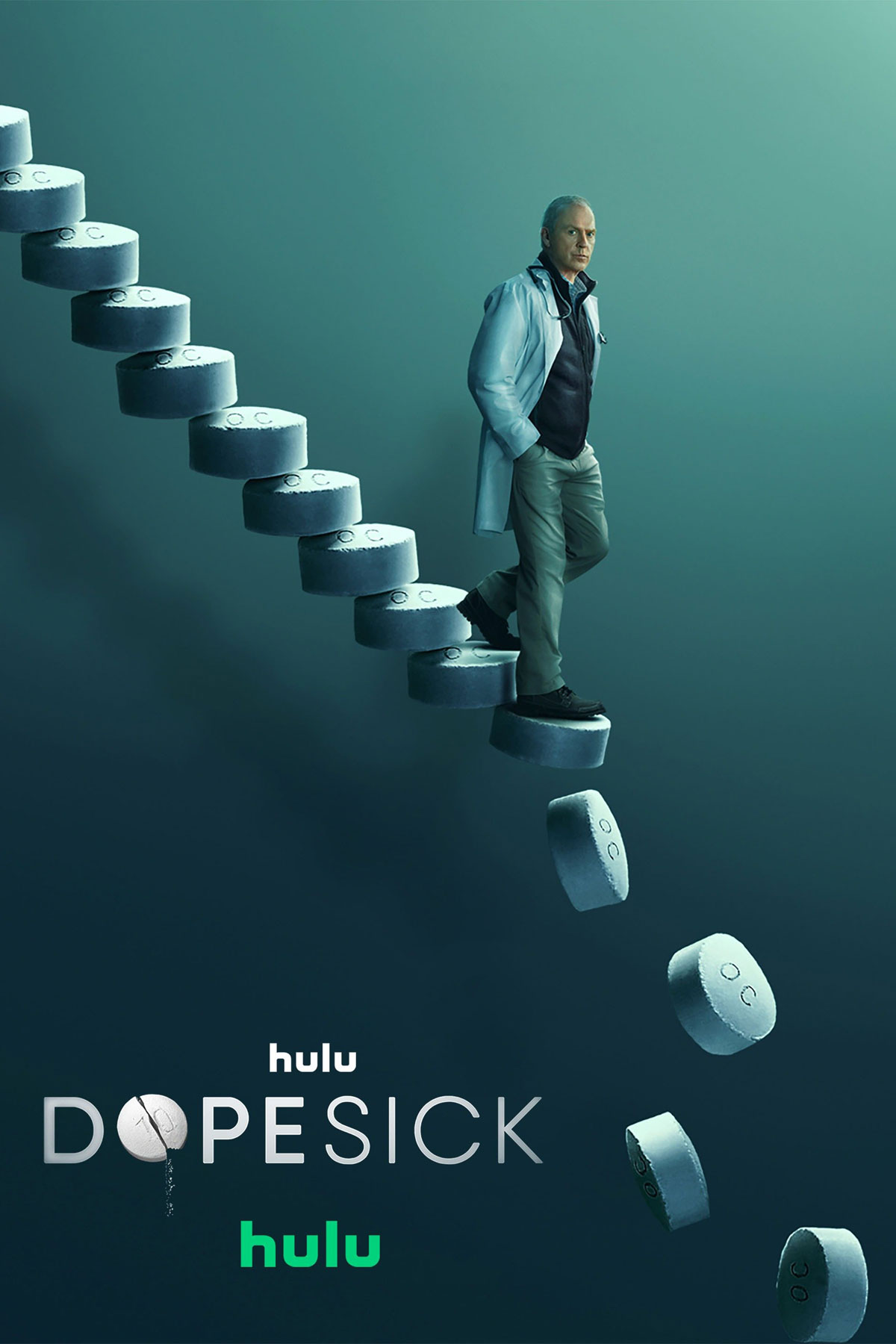 Everything is coming up opioids. Which I suppose is kind of an asshole thing to say about an epidemic that’s killed thousands and thousands of people. But there does seem to be a lot of OxyContin content out there right now. Which I suppose makes sense… because it’s killed thousands and thousands of people. Did I mention that? Anyhow, this particular opioid story is the fictionalized version of a non-fiction book about said crisis. And the family behind it, the Sacklers. And, for some reason, a mumbling, small-town doctor, Samuel Finnix, played by Michael Keaton. And, let me tell you people, you don’t hire Mr. Keaton not to get hooked on drugs and become a cautionary tale. No, you do not.

I think we mostly know the story of Purdue Pharma. They’re the shitbags who pushed OxyContin on an unsuspecting public and either on purpose or inadvertently (depending on who you believe) caused the opioid epidemic, followed closely by the heroin epidemic. All while raking in billions and watching Americans die at a terrible rate from their product. Well, in Dopesick, they are portrayed as a bunch of gouls sitting around a table full of fatted lox with white cats in their laps, bill counters on every surface and jewel encrusted monocles. And leading them all is Richard Sackler, played by Michael Stuhlbarg. And he is… just fucking awful. I mean, maybe the real Dick Sackler is an autistic Satan, but the way it’s played here is bonkers. He’s like a James Bond bad guy mashed up with Logan Roy from Succession and the Joker. And it’s incredibly dumb and weird.

Otherwise, outside of the hand-rubbing baddies, the show tries this weird mixture of pacing it like a documentary, but playing it like a dramatic stage play. As if they couldn’t make a decision and ended up — and I really hate this term — splitting the baby. And it just doesn’t jibe. It’s somehow too low-key and too amped up at the same time. Like the stories of the everyday people like the aforementioned doctor and the weirdly teenaged, lesbian coal miner, Betsy (Kaitlyn Dever), are detailed and instructive in their representation of how even “good” people can become addicts. They feel a little overwrought, but you get it. On the other hand they do this really clunky job of trying to position the “good” guys and the “bad” guys on the other end. For instance, you have the Purdue sales rep, Billy (Will Poulter), who begins to see the damage his pushing of Oxy is doing to the communities to which he’s responsible. And they do this lame juxtaposition with an initially like-minded rep, Amber, who he ends up dating because she thinks he’s a “killer” like her. Her character is this obnoxious characterization of a money-over-everything social climber who at every opportunity calls people pussies (literally) and pushes the drugs to get more money and better cars. She’s a ridiculous character, but for some reason they felt they needed her to be that way to contrast the Billy character, who finally grows a conscious. But it’s completely unnecessary and jarring when set off against what at least felt like the thoughtful portrayals of Keaton and Dever’s characters. And even Poulter’s to some extent.

So, you have the bad guys: Purdue and the Sacklers and this Amber woman. You have the victims: local doctors and their patients like Dr. Finnix and Betsy. But then you have to have the good guys. Which, in the case of Dopesick, aren’t dudes in capes or even guys with flack jackets and guns. They’re lawyers and political appointees. And, man, are they relatively boring people. Peter Sarsgaard plays Virginia Justice department lawyer, Rick Mountcastle, and is this introspective dude. He’s paired with another Justice guy, Randy Ramseyer (John Hoogenakker), whom I honestly couldn’t tell you how his job was different than Mountcastle’s. I mean they’re both actual real-life people and the actors portraying them both have double vowels in their names… But their characters, in conjunction with investigator — the inexplicably named Bridget Meyer — who is played by Rosario Dawson work with some other white dudes to take down Purdue. Like I said, the first two dudes are real. And they feel that way. They’re bureaucrats. Dawson’s character is fictional. And she, in turn, feels completely fake. She’s a bomb thrower. The thorn in Richard Sackler’s side. She’s a crusader. Something to goose what is otherwise a pretty dry and unspectacular case against what they portray as an unstoppable monster that’s murdering thousands of US citizens with impunity on a daily basis. And, frankly, she breaks up the endless line of paper-pushing milquetoast white guy lawyers that otherwise get pretty confusing to keep track of who does what and works for whom. Clearly a television construct — and an obvious one at that.

So this series sets out to show the real world effect of opioids. They show that in small measure. Although the conclusion is somewhat murky. They seem to point to this Suboxone stuff as a magic bullet to “cure” opioid addiction, but it seems only Dr. Finnix (again, a fictional character) has kind of figured that out and glommed onto the movement. But swapping one drug for another? Not exactly satisfying. Or necessarily the “answer” we might be looking for. And the other point is to show the Sackler’s comeuppance. Which, again, leaves us somewhat disappointed. Not that the show’s creators can change the real world decisions handed down, but when juxtaposing the malicious intent and cartoon bad guy portrayal of this family, the decisions handed down against them don’t feel like anywhere close to an apt response in kind. It’s as if Dr. Doom (whom Wikipedia tells me is a super-rich bad guy) tried to murder everyone on earth with a giant space laser mind control thing or whatever, got caught, put on trial and the government was like, “Well, we know you have untold billions, but we’re going to take a little of that of that — say, four — to educate people about mind control and you can like go live on your island with the rest of your money or build another space laser and stuff. Just don’t try to kill Spider-Man again. And, oh, you don’t have to apologize or ever say that you were planning to mind control everyone with a space laser now or in the future. That should teach you.” It’s not a very satisfying conclusion. It is what it is, but given the hyping up of their evilness, you wanted or expected a public stoning or at least a middle-of-the-night raid and sad perp walk to a waiting squad car where they might accidentally bang Dick Sackler’s head on the doorframe. But, alas, no. We get one of those text on black screen epilogues that feels more like a sigh than a celebration. As does the whole series, which just kind of leaves you more depressed about the situation than when you started.