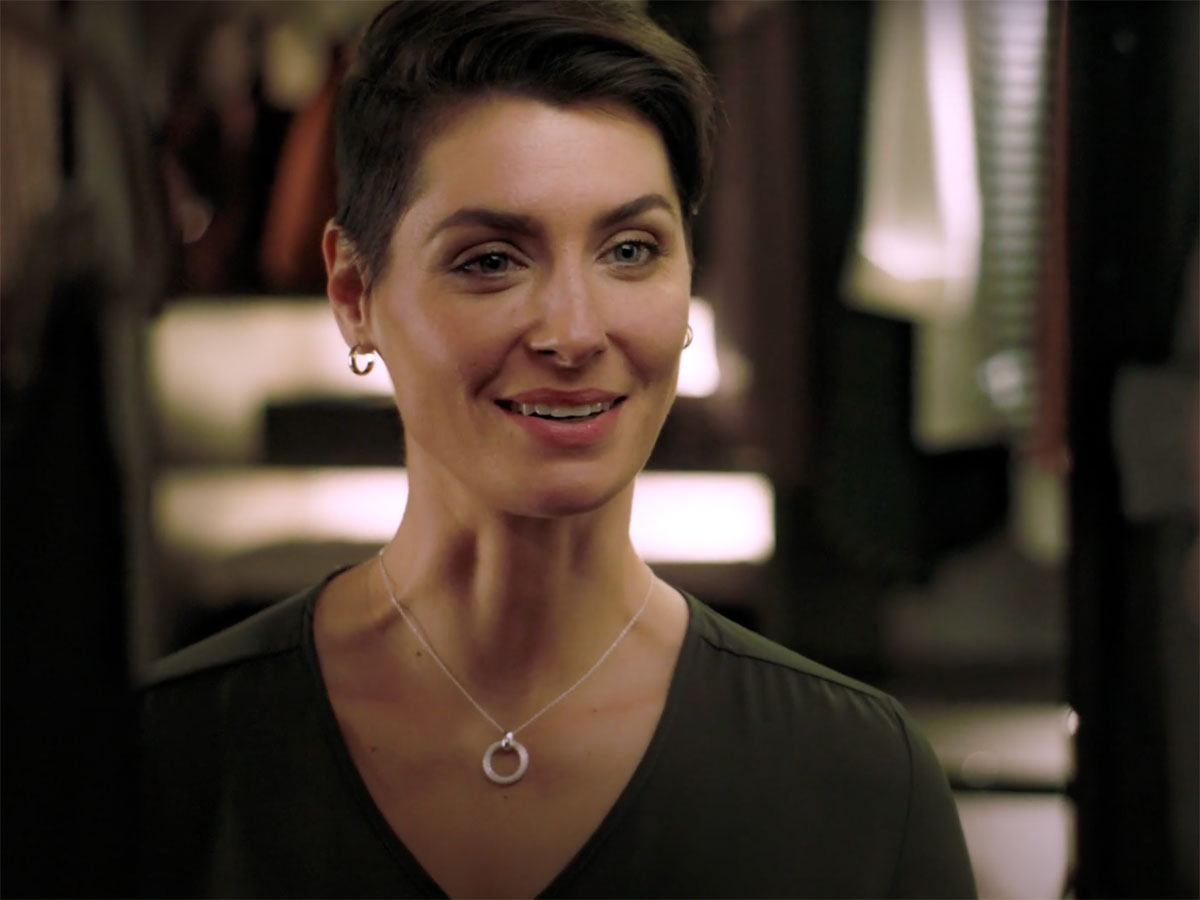 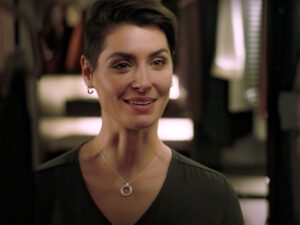 We all know that commercials are written in all sorts of ways. Sometimes they inspire. Sometimes they amaze. Sometimes they make us laugh. But often times they manipulate. They make us try to feel like everyone is skinnier than us. More successful. Better in bed. If only I had that Ford Taurus, I could also be thin and have amazing sex with model-looking chicks in my mansion. This Inspired Closets commercial is manipulative like that — but in a completely different way.

In this case we see a lovely woman (who looks agitatingly like someone I can’t quite place — although I think maybe it’s Jared Leto?) hanging out in her amazing closet while picking out accessories and talking to herself like a lunatic. Is she a great actress? Not even close. But, as I mentioned, she does have a really kickass closet. You know, with those soft-close drawers and room for her 48 pairs of shoes (I counted) and some very practical clothing. In fact, dare I say that she seems to have it all? So why, you may ask, is she practicing so haltingly for her blind date?

Because, you dumb-ass, she’s NOT practicing for a blind date, but for an adoption. I mean, what the actual fuck? This is some weirdly manipulative, verging on creepy shit. And, yes, maybe the teddy bear sitting there should have given some stuff away. Also the fact that if you look closely, half of those shoes, and presumably half of the clothes, are men’s wear. So why would this Jared Leto-looking lady and her richy-rich closet be looking for a man if she already has one? Unless… he’s dead and this is her first date after his passing! Ok, that wasn’t it. But it leaves me with some questions.

First, that teddy bear. We have to assume that’s for the potential child, Michael, whom she’s about to go meet. Yet, she leaves the closet without the bear. Is she forgetful, or did the director forget to tell her to take the stupid prop? Mr. Hipster, you say, maybe she plans to give the bear to Michael when he comes home. No. If that was the case, the bear would be in Michael’s new room. Unless Michael is going to live in that big-ass closet?

The name Michael. A purposeful curveball. It’s a name with which I’m very familiar. And it’s an overly formal name when said out loud or used in its full form. The commercial’s writer purposely used a formal, adult-sounding name to throw you off the scent that Michael is actually a child. But, honestly, did they need to work that hard for the “twist?”

And where is that damn man? The one who shares the giant clothes room? I’m going to assume that he lives with Jared in that house and he too is part of this whole adoption process. But of course that would ruin the whole blind date head fake. A head fake that serves absolutely no purpose. Now, if the commercial was about adoption, it might work. But the thing is about a room in which you put your boots and blazers. It’s incongruous and struck me on my first watch as pretty tone deaf. At least they could have had the dude with the duck boots meet her at the door as she’s heading out and say something supportive like, “Ok, you ready?” Something to confirm that she’s not, in fact, actually going to meet a young Asian boy for a date at which she wants him to call her mom.

Someone should have thought better of this and maybe just made it an actual blind date. The first one after her husband got got in a drunken shootout with the cops. Of course.