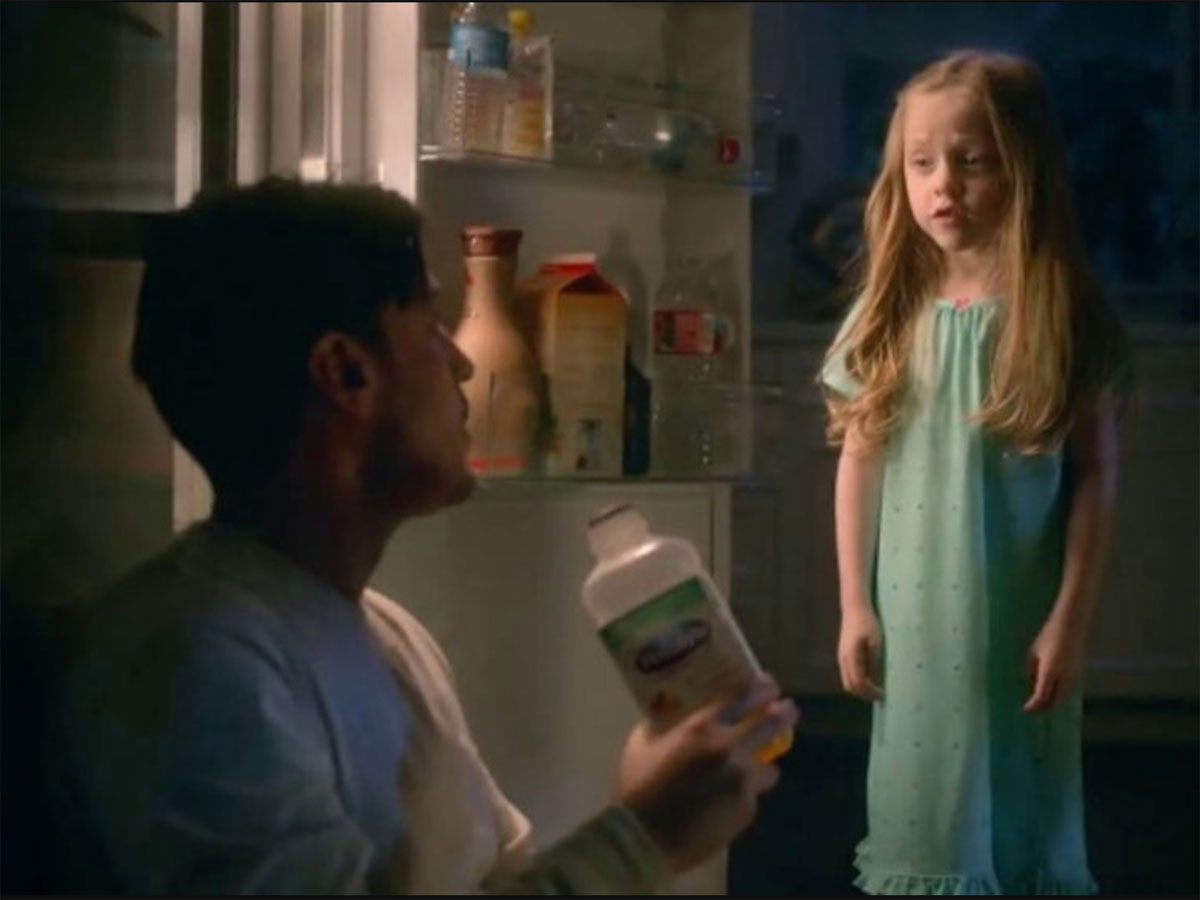 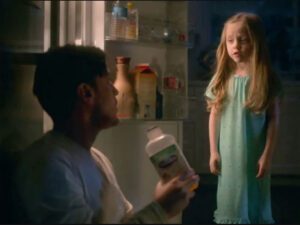 As one of the only people in America who watches commercials, I like to highlight those that strike me as either great examples or horrible examples of the medium. While I work in the industry that makes ads, I don’t myself have anything to do with their creation. So I am hardly a professional. But on occasion — mostly while watching HGTV live on broadcast television — I run across a commercial that is so awful, it just needs to be elevated and shamed.

Such is the case with this fifteen-second spot for Pedialyte entitled “When Dehydration Gets Real.” How, you may ask, can something advertising what amounts to baby and children’s Gatorade offend me enough to rise to this level? Well, it’s when they put that baby drink in the hands of an adult who is then a total and complete dick to his little daughter. And the manufacturers of said product somehow think this is funny and would make me want to down what honestly looks like a plastic bottle of saturated urine.

I do feel like they made a small edit to the original version of this commercial that makes it a little less bad, but it still sucks. In the original version there’s just this dude sitting by an open fridge looking just like any of us would after a late night of heavy drinking and booting until our guts screamed mercy. So when he basically verbally abuses his adorable little daughter later on, it’s especially egregious. Drunk ornery guy is mean to small blonde girl.

They now tacked on a quick shot of that same dude leaving the bathroom, rubbing his belly with the toilet flushing in the background. I suppose we’re to assume now that he has the stomach flu and not a case of Jack Daniels. Though this original theory is not entirely debunked because of the edit. Though I suppose many, like me, thought the worst and some post-media-buy focus group mentioned a hungover parent being an asshole to his kid wasn’t a great look. And, of course, there’s the whole online community of Pedialyte truthers who swear by its hangover recuperative powers. Who knows.

Anyhow, the real issue with the commercial is the way the guy treats his daughter. She comes upon him slumped on the floor next to an open fridge door (like any drunk asshole might find himself in the middle of the night) and says to him, about the Pedialyte he is chugging like a fiend, “Hey, that’s mine.” Totally a thing a kid might say.

And the guy, in the snarkiest of possible ways, looks at his daughter, who has seemingly wandered downstairs in the middle of the night for we know not what, and responds, “I’ll buy you a pony.” And then proceeds to blow her off and go back to chugging his bottle of piss. Now, it’s a terrible line and not well done, but upon my 50th viewing I’m starting to think that most of the fault is on the actor and/or the director who told him to deliver the line the way he did. It’s not a cute line delivered with warmth; he’s a total and complete dick. It would be as though some adorable little girl says to her dad, “Daddy, I love you.” And he replies, “Yeah, tell it to somebody who cares.” And then goes back to cleaning his gun.

I imagine that the core audience for Pedialyte is mothers with babies and small children. So perhaps this is their attempt to bring in the bro audience by selling it as a hangover cure. But if that were the case, why make the dude a father? And why make him such a shit? It seems some agency gave Abbott (the company that makes the product) bad advice here and tried to have it both ways. Or perhaps it’s exactly what they wanted to do, and their target was douchebag dads who act like babies.