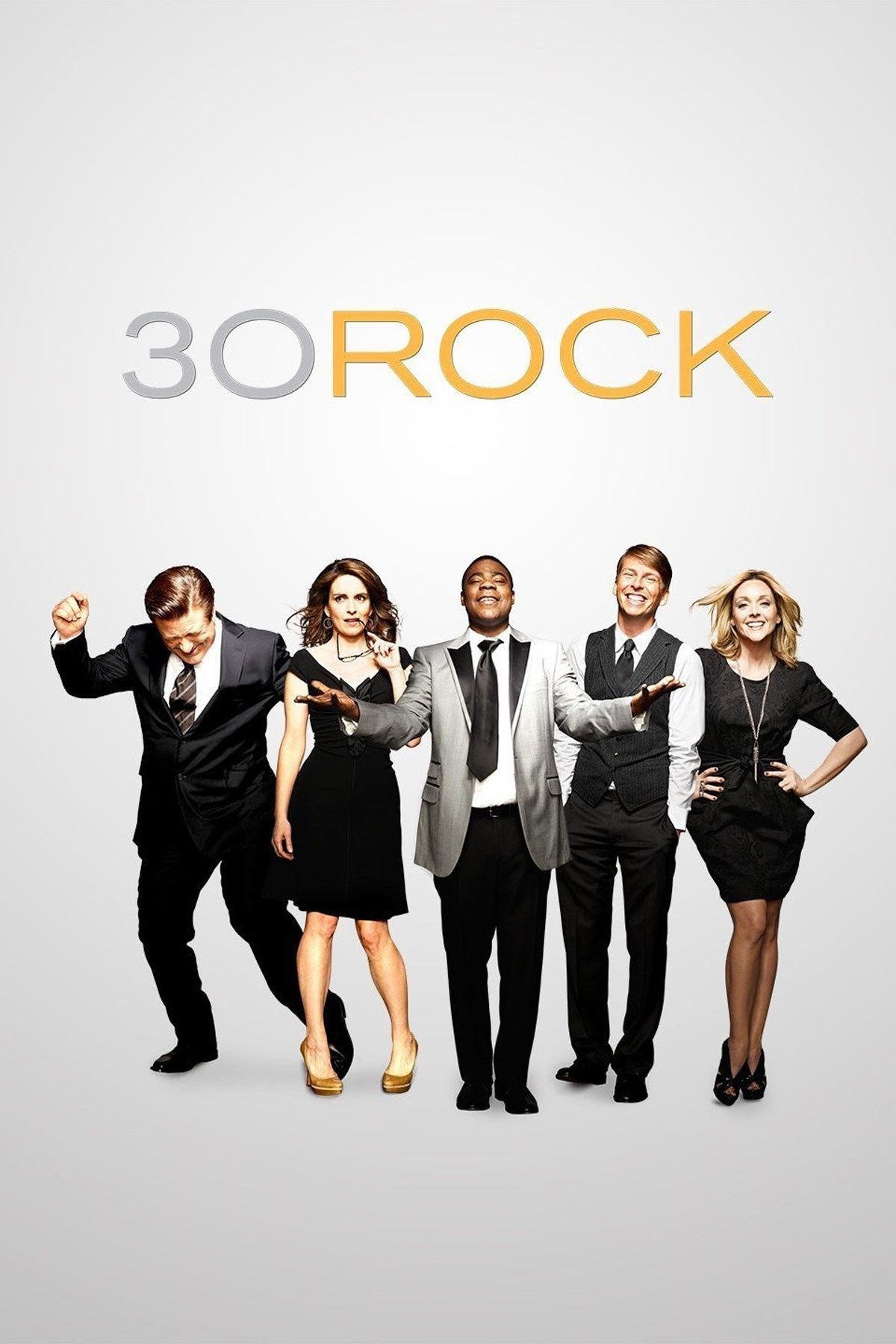 You gotta love a show that spends a large chunk of its series finale after seven season on a Blimpie gag. It’s such a hyper-local NYC joke that it’s hard to imagine more than like two percent of the audience even getting it. But, like a lot of the show, I’m not certain they care. And this is what makes 30 Rock so damned funny: they pack in 90 jokes an episode, making at least 25% of them so esoteric, random or NYC-specific that it sometimes feels like they’re inside your brain. Or you and your friends’ personal conversations. They find the little things funny about celebs or the City that you find funny. Ms. Hipster, to this day, is convinced that Tina Fey‘s Liz Lemon is based on her. Despite the really obvious dissimilarities, apparently there are enough inside jokes about professional women of a similar age that they all feel incredibly seen. I think that’s Fey’s magic.

And though I don’t have a direct avatar on the show the way Ms. Hipster does, I have worked with and around some more subdued version of every character. This is a workplace sitcom, after all. Not anywhere as sunny or earnest as Parks and Rec. Not as dark (or occasionally emotional) as The Office. It’s a joke hose filled with exaggerated and heightened versions of real people. None of them is anyone you’d ever hope to come across, frankly. I mean, our protagonist, Liz Lemon, is exposed over and over again as a self-involved bully (despite her protestations to the contrary). The yin to her yang (or yang to her yin?), Jack Donaghy (Alec Baldwin), is a win-at-any-cost, rich ruthless capitalist only interested in his career and climbing his way to the top. Like the characters on Seinfeld, it’s really obvious what jerks these two are when you stop to think about what you’d think about them if you knew them in the real world. Thank god they’re funny.

Anyhow, all these people work at 30 Rock. It’s a very large building in the middle of Rockefeller Center, and the headquarters of NBC. At the beginning of the show NBC is owned by GE, which I believe was the actual owner of the network at that point in time. Liz Lemon ran an NBC show within the series called The Girlie Show. It, like SNL (an actual NBC show on which Tina Fey worke) is supposed to be a live sketch show. But, from all accounts, a pretty terrible, low-rated one. Its star is Jenna Moroney (Jane Krakowski), a fragile mess of a human being with questionable talent, but an old friend of Lemon’s and apparently a draw for their similarly predisposed, but very small, audience. Jack Donaghy is the Vice President of East Coast Television and Microwave Oven Programming. Which, apparently, makes him Lemon’s boss and a decision maker. He sees an opening to boost The Girlie Show’s infinitesimal ratings by bringing in on-the-outs, volatile comedian and star, Tracy Jordan (Tracy Morgan). Who is neither a TV sketch comedian, nor a “girlie.” With no other choice, the show is rebranded as TGS with Tracy Jordan. And thus we get both the tension and the comedy between Lemon and Jack and the show’s old star, Jenna, and new star, Tracy. All of whom are emotionally unstable and/or damaged people living in a weird NYC, showbiz bubble.

What is nice about 30 Rock is they don’t have to do that typical workplace “will they or won’t they” thing. Unlike almost every sitcom — even decent ones like The Good Place, Brooklyn Nine-Nine or Superstore — the central relationship between Liz and Jack is never posed as a romantic one. We know from jump that this thing is going to be purely plutonic. Which makes things way funnier and doesn’t bind up the series in having to wend its way through the prototypical courting, dating, breaking up, getting back together, etc. Nah, 30 Rock doesn’t bother with that kind of thing. It barely qualifies as a serial series as it is. There are some plot lines and relationships that have a several episode arc, but generally there isn’t a lot of growth or ongoing drama with these characters. Jenna is always going to be an insecure, narcissistic snob. Tracy is always going to be an eccentric celebrity who, no matter how hard he seemingly tries not to, succeeds through dumb luck or the general public’s stupidity. The NBC page, Kenneth Parcell (Jack McBrayer), will always be a NBC-loving yokel whose hometown’s officials all seem to be pigs. Not much changes. But that’s good.

Now, the jokes. They are something of a mix of cutting celeb-centric barbs a la Family Guy, word gags and double-entendres and general observational humor straight from the brain of Fey. Like I said, it’s something of a shotgun approach. They have some broad humor, some more targeted at the media and TV-obsessed audience and then the East Coast and NYC localized humor. Not to mention tons and tons of stuff — that in 2022 — may play as not the most PC stuff on earth. There is a lot of edgy-for-network racial, sexual and classist humor. Some of which if written by, say, Donald Glover (who was a writer on the show) would have been okay. But coming out of the mouth — or off the pen of a white writer — might be construed as… well, kinda on the brink of maybe inappropriate. Like we know that Baldwin is clearly a lib, but his character, Jack, says all sorts of things that are super-not-cool. Like ridiculous rich-guy, out-of-touch-with-the-common-man stuff. His perspective is only one of wealthy white dude. Which leads to lots of stereotyping, not-so-vaguely racist stuff and thousands of ways to pound on the poor and less fortunate. Which — if you think about it — is still the writers and creators of the show putting those words on the page. Which, in turn, lead me to ask myself on many occasions if the educated writers are, in fact, writing a pretty elitist show. Not something I considered back in the time when I watched this live, but in our more, heightened awareness of these things it’s pretty evident that all those jokes that I — as an admitted West/East Coast Elitist — found really funny are, in fact, pretty damned snobby. Sure, there’s the broad humor, but the aforementioned “one for me” jokes that the writers stick in there are purely for the snotty Manhattanite, college-educated lefties. All the shit half of our country hates right now. But, hey, stick in enough food and sex jokes and you’ll get 99% of the US on your side. The 20% of the jokes that sail over their heads don’t matter. And that’s me being an elitist asshole while putting my ideas on other people.

The best part is that the show is funny without them ever having to change or re-tool. The show — while it has its up and downs from episode to episode — is pretty much the same in season one as it is in season seven. The characters are the same. The jokes are all variations on each other. There are probably 1000 jokes about Liz’s disgusting eating habits. 800 of which are hysterical. There are probably 2000 jokes about Tracy’s oddball spending habits on dangerous exotic animals and various weirdness. Half of which are funny. One quarter of which are eh. And another quarter that are almost eye-rollingly silly. But, hey, they go for it. Some of the humor is sophomoric. Lots of fart gags and hillbilly incest jokes aimed at Jack McBrayer’s character. In fact, most of it is sophomoric, which I suppose is part of what makes the show funny. These low-brow things coming out of what are supposed to be sophisticated, educated peoples’ mouths. This team of TGS writers — including some Ivy Leaguers — whose most popular sketch involves a farting robot.

It’s all a cyclone of stupidity in the best possible way. Because somehow in its dumbness the backbone of a really smart, really subversive comedy lurks. It is, by far, one of the best sitcoms of all time and is incredibly re-watchable. The quotes you don’t even realize came from 30 Rock came from 30 Rock. And, just remember, “Never go with a hippie to a second location.”