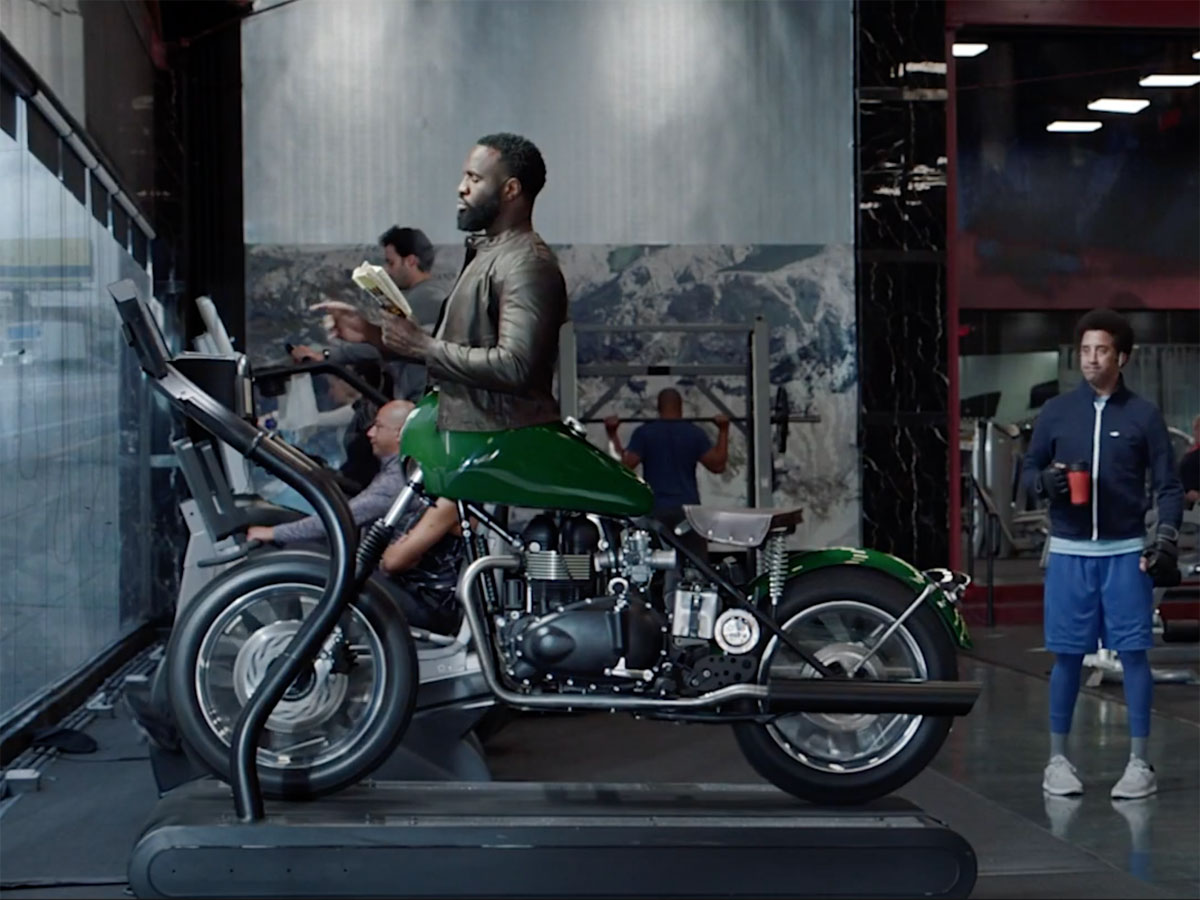 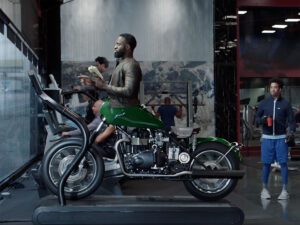 Someone somewhere gets an idea in his head and then, when committed to video, it’s garbage. Like straight trash. Such is the concept behind Progressive’s “Motaur.” Yes, a play on the minotaur, but instead of half man, half man, half bull this dude is half man, half motorcycle. And he’s a total and complete douche. An angry, unrepentant monster.

Presumably this is Progressive’s play for motorcycle riders. You know, to let the public know that they insure not only drivers, but riders as well. And apparently they think that all dudes on bikes will associate with this other dude who is pretty much a prick to everyone. This practically non-verbal, monosyllabic dick of a mancycle. Which, when you think about it, is super disturbing. Also, a minotaur has the body of a man and the head of a bull. This dude essentially has the lower half of a motorcycle and the torso and head of a man. How does he shit? How does he reproduce? No, seriously, does he have a working tailpipe or what? Anyhow, it seems like a weird play to paint motorcyclists as anti-social, arrogant bastards. Just sayin’.

In this episode of Asshole Motaur, he’s at the gym. A gym that is apparently the worst gym on earth. Why, you ask? Because the place only has one treadmill. I mean, I haven’t been to a gym since the turn of the century, but even in the dinky joint in my building we had at least a couple running machines. Shit, I have one in my house now. But this gym has a rowing machine, a step machine, what looks to be a bunch of weight machines, but only one stupid treadmill? The dude complaining that the Motaur is going over his time limit needs to rethink his membership.

The unrealistic man-machine and workout gear is probably the least annoying thing about this commercial, though. Watching the full 30-second spot below, you may not understand the biggest problem. And that problem — which seems to be common when agencies make cutdowns of spots — is that the thing makes no sense at all in its 15-second form. At the beginning of this 30-second spot, they start with an establishing shot of rain on the gym window, along with a vague thunder sound in the background. So we know and understand that the Motaur is inside at this lame establishment because he’s apparently too much a wimp to drive around in the rain? His bravery and whatever aside, it gives us some clue later on to the actor’s one and only line:

Tell that to the rain.

Thing is, I never saw the 30-second commercial before Googling it. They mostly show the 15-second cutdown that has no establishing shot. So unless you look very closely, you have no idea it’s wet outside. And then when the Motaur actor delivers his completely garbled line, you have no fucking clue what he says. I must have seen this ad 25 times, listening very closely each time to try to decipher his line. It’s only five words. But each and every time I had no idea. No idea at all what he says. That’s bad. How they didn’t notice when viewing and editing this thing is beyond me.

Should we also consider who the hell the gym manager is who lets a dude on a motorcycle inside? And, yes, I understand he is the motorcycle, but that doesn’t make it any less egregious. You can’t tell me he has zero emissions. Shit, humans don’t even have zero emissions. And I feel like there’s another Progressive spot where we see the Motaur fill up with gas, so the dude does burn fossil fuels. In other words, the guy who’s all bent our of shape about not getting treadmill time is more likely than not going to die of carbon monoxide poisoning anyway. So let the prick have his indoor riding time and maybe hit the free weights.