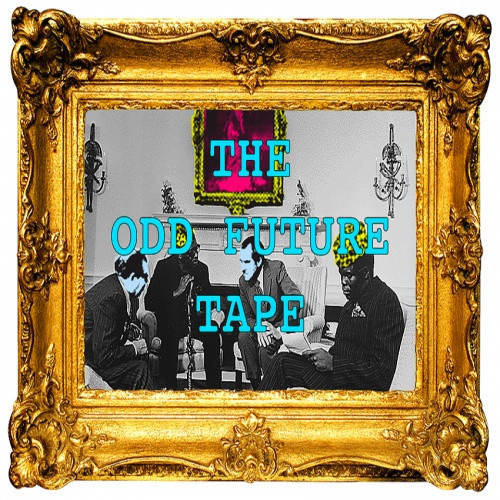 These guys set it up from the very beginning that they aren’t out to make friends. They’re out to poop on hip-hop. They’re the nerdy Wu-Tang with the I don’t give a fuck attitude of skate punks. Not ages away from another mixtape favorite, The Cool Kids, they take the same kind of lazy, homemade style, but add doses of drugs, hoes, homophobic slurs (thanks, Kobe!) and the n-word and even some Gravediggaz stuff that is either supposed to be ironic or is just a little scary in its belligerence. But it all does seem somewhat tongue in cheek, so I’m free to ignore most of the objectionable stuff. For instance in the song “Bitches Brewin’,” one member repeats the word bitch over and over and then raps “I can’t believe I lost my virginity to you.” The beats and tunes are mostly negligible, varying from strange light jazz sounding stuff to some Casio keyboard effects. It all sounds relatively the same from song to song, but the stuff is either sped up a tiny bit of slowed down a tiny bit. These are kids clearly still finding their footing and trying on some styles for size, but putting in the work to make it in the game. Despite the beginnings of the misogyny and almost cartoonish horror stuff and whatnot that comes to later define a lot of the Tyler, the Creator and Earl Sweatshirt stuff, this is still a bunch of kids playing with toys.