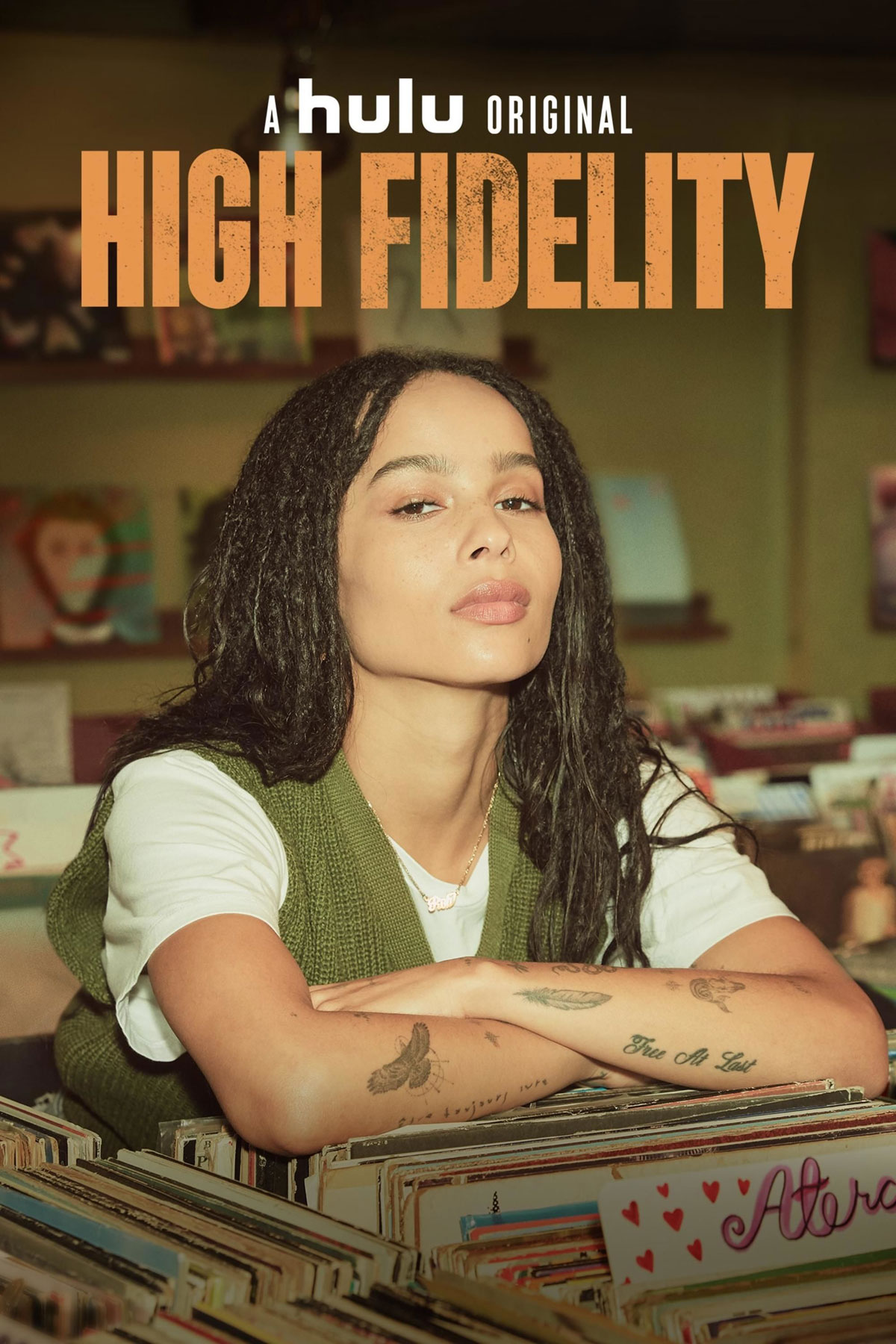 Admittedly Nick Hornby’s High Fidelity was, and probably remains, one of my favorite books of all time. I’m sure in retrospect there were all sorts of toxic masculinity issues and whatnot, but it spoke to me. As a guy who made many a mix tape. First taping off the radio as a kid. Then off records as a young teen. And eventually tape-to tape and CD-to-tape. And, more than a few times, for a girl.

When I read High Fidelity as a newly graduated man of the world in 1995 I ate that shit up. The girl problems. The music. The lists. The angst. The Gen X of it all. It all felt of a time and of a piece that mixed the dorky nature of music worship with the fact your dorky obsession was still cool (in your mind). To add my own slant, my number one song to lead all mixtapes is Archer of Loaf’s “Web in Front.” No idea why, it’s just cool.

So when I heard they were reimagining the book (and, in large part, the 2000 John Cusack High Fidelity movie also based on the novel) with a female lead in place of the book and movie’s male protagonist, I kind of asked myself why in the world this was needed. After all, the subject matter was pretty specifically masculine — at least the way it was written. And I hate seeing shows where they just kind of sub in a woman, put a man’s words in her mouth, have her act like a dick and call it a day. So this was a tightrope they needed to cross carefully.

And, you know what, they mostly pulled it off. Zoë Kravitz for Cusack. Brooklyn for Chicago (in the movie) and London (in the book). Mix up some of the roles with a more diverse cast and put mobile phones in everyone’s hand and you got it. It certainly felt more inclusive, and if you’d never seen the movie, you’d have no idea they did the gender switcheroo. Thanks in large part to Kravitz.

Now, if you have seen the movie, you will recognize many scenes in the series. Some directly ripped right from it. Including Kravitz’s apartment, which somehow looks almost exactly like Cusack’s in the movie. They change a bunch of details, but the overarching framework and most of the plot is almost exactly the same. Which is actually pretty grounding for us old Gen X heads. But I imagine the kids, thinking this is a totally original concept 25 years on from the novel and 20 years on from the film, will also be totally into it.

The thing with our main character, Rob (Kravitz), is that she’s a very decent person at heart. She may have some personality quirks and be a little wrapped up in her own shit at times, but her character is likable and most often does the right thing. It’s unusual these days. Granted, the original male character is also a decent human being, just a bit neurotic and trying to find himself. So it’s a little weird when Rob — who breaks the fourth wall to talk directly to the viewer — proclaims on several occasions that she’s an asshole. Which she can be at times (and one time in particular), but even her assholishness is very human, understandable and temporary. I’m not sure of the psychology there, or if the writers think that even her relatively human transgressions are worse than we do as an audience who have watched every lead in every modern show like murder people on the side.

The show itself is a dramedy. Which I suppose describes many shows these days. Shows like Fleabag and even Killing Eve. But this one feels more lived-in than those shows. More traditional in some sense. They don’t go for any crazy camera tricks or weird side jaunts into dream bottle episodes or anything. It’s a straight-up relationship show about young thirty-somethings in Brooklyn just livin’ life. Trying to make it and running into stuff. Rob is actively uncool about social media and things modern. An old soul, Hipster Dad would call her.

In the end, I liked the show way more than I thought I would. All of the actors are really decent. There’s a warmth to all of them. That’s goes to both the writing, as well as the acting. All of which is delivered in a way that you can actually imagine coming out of a real person’s mouth. I think that’s it. These people feel like folks you could actually run into in Brooklyn. There’s nothing hyperbolic about their personalities. There’s nothing that makes you roll your eyes at the unrealism of them. Their dramas are dramas you can imagine actually happening. It ain’t Melrose Place. Or overwrought melodrama. It presents a tone that is both even and inviting. Nothing can be higher praise than saying that I can’t wait to hang out with this group of dorky hipsters in season two.