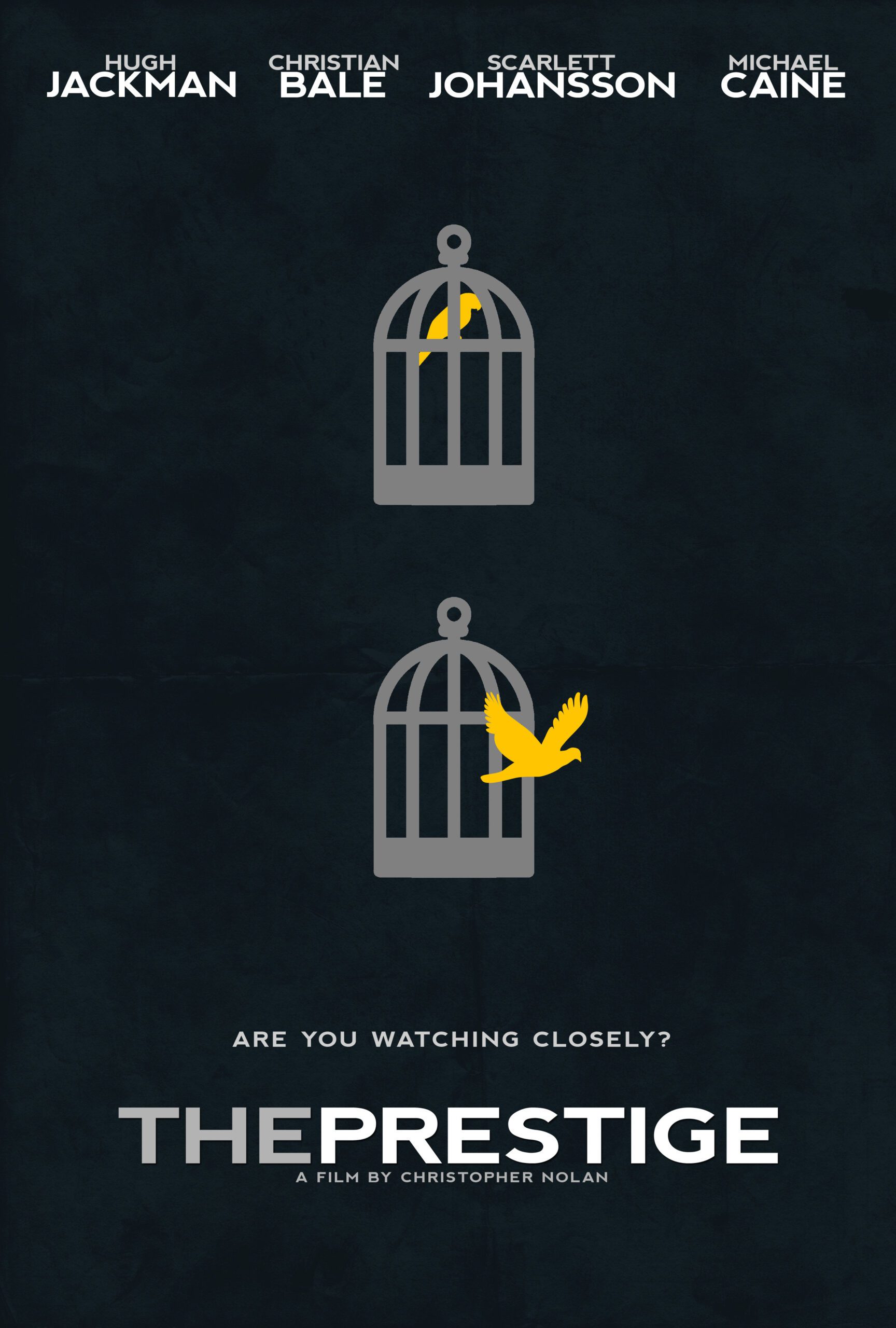 I knew next to nothing about this movie before I rented it. I couldn’t even remember if it was the one with Ed Norton or Batman. I had a vague recollection somewhere in my head that Christopher Nolan, the director of Memento and Batman Begins, helmed the picture. I seem to recall that being the main draw when I saw the previews a couple years back. I also knew it was about magic and that at one point someone stood in a big field surrounded by giant light bulbs that looked to be plugged into the ground.

Turns out my memory held up in both cases. It also turned out to be more than a movie just about magic. It was a narrative about obsession and dedication and the lengths to which human beings will go to perfect their craft. It’s the tale of two magicians in oldy-time London who start off as shills for a third, until one accidentally kills their beautiful assistant — who happens to be one of their wives (Hugh Jackman).

Thus begins a bitter rivalry filled with one-upmanship that destroys all their other human relationships. Proving, of course, that the person that they are closest to is the person they despise the most. Part of the story is told in a cool way, as the characters read each other’s diaries, getting only the info the other has put in there for them to see in flashbacks. Bale spends the majority of the film in the present time in prison, arrested for the apparent murder of Jackman’s character. The plot twists and turns as the mystery builds. At one point a semi-fictionalized Tesla shows up in the film (played stoically by David Bowie)–and forms the perfect triumvirate of self-destructive obsession with his magician friends. Reading about Tesla afterwards proved this personality and professional connection even further.

All of the acting is top notch (except for Johansson, who is just okay as Bales’ assistant/lover and Bowie, who still can’t act), and the set and costume design never disappoints. There are a few lulls in the film, but it was honestly interesting enough that I would have dealt with another half hour to fill in some of the storylines that seemed to happen too fast. Granted, the film was already too long, but being transported to the world of Christopher Nolan’s mind is never a bad thing.