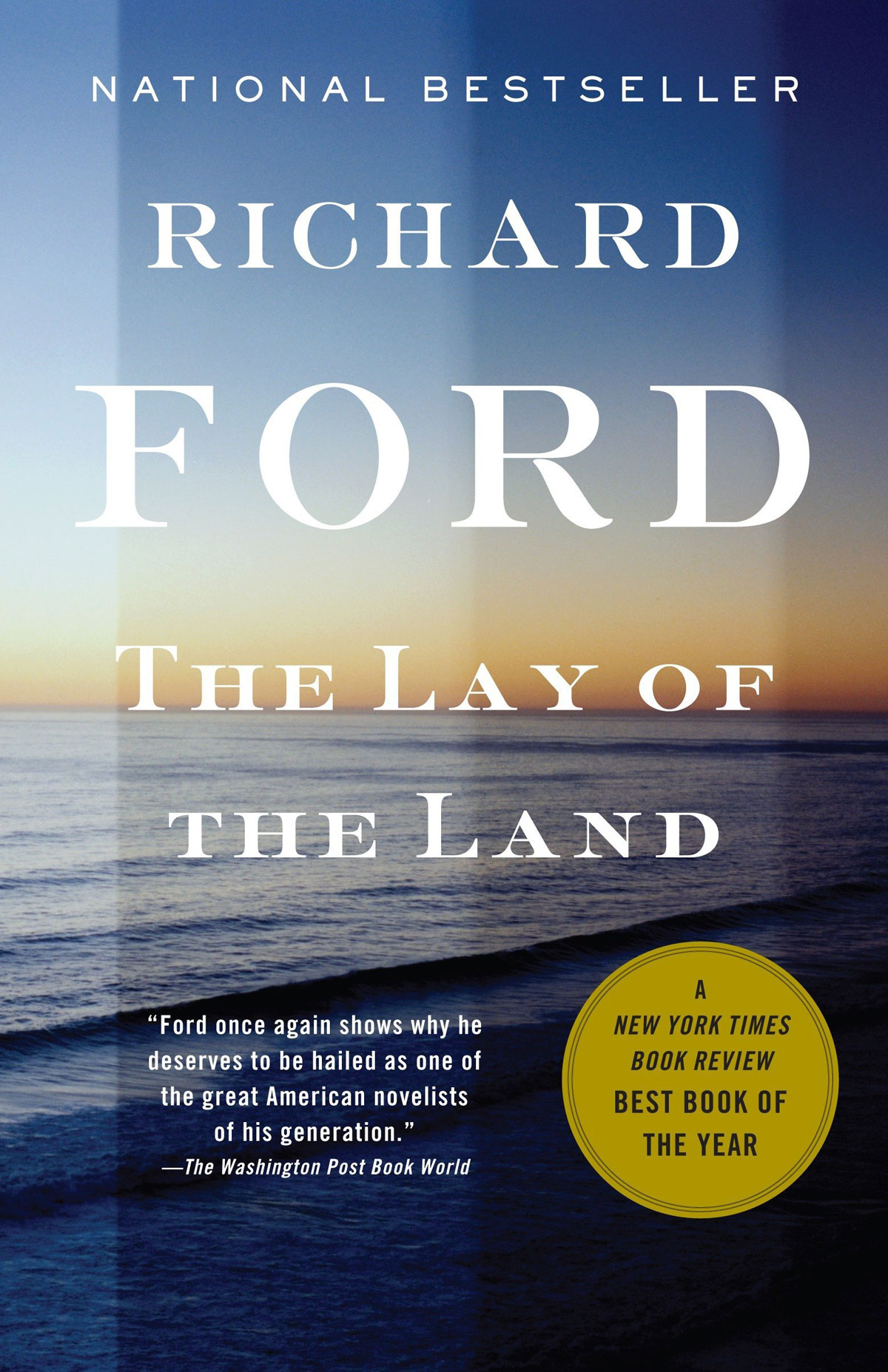 The Lay of the Land

Having read both The Sportswriter and Independence Day (although not in the correct order) it only made sense for me to read this, the third book in the trilogy. It had been quite a while since I’d read either book, so I found myself reaching back in my memory for snippets of the other books for background, but continuously came back with nothing. I’m the first to admit my retention for the written word is crap, as I often read tired and am only really half there, but stories about everymen such as this just leach out of my brain quicker than I can take that mental snapshot.

This one, once again, follows our sportswriter turned real estate agent, Frank Bascombe. But this time he’s getting on in years and is suffering from prostate cancer and personal crisis. We are reminded so often of his cancer that I swear I had a psychosomatic reaction for a week where I was convinced my prostate was trying to strangle my urethra. I don’t know if this is a realistic mindset of folks suffering from cancer, but there are literally not two pages that don’t go by that he doesn’t mention and/or complain about cancer and its side effects (and the book is 500 pages!) I do suppose it can change the course of your life, but we literally spend half the book with Bascombe looking for convenient bathrooms.

The plot here is negligible, taking place over a couple days leading up to Thanksgiving and basically surrounding a snapshot of Bascombe’s life with his real estate partner, an old friend, an old wife, a current wife and his family. Much of the narrative is also told in flashbacks, as the missing time between Independence Day and this book is filled in. The pace is relatively slow as we scour the churning mind of our protagonist who is always proclaiming himself to be a “decent man” inside his own head, while his outward actions are really more those of a semi-bitter middle-aged white guy who tends to look at the glass as being half-empty and the world as a place filled with random occurrences rather than moments built on cause and effect. And that, truthfully, is the downfall of this book. The narrative never really gels, as the timeline is strung together in what feels like a series of ordinary instances that don’t really coalesce in anything other than a vague feeling. We’re thrust so deeply inside the main character’s head that you figure at some point he’d circle back with us, his audience, rather than just kind of shrugging his shoulders every time something in any way interesting happened. I’m sure that context is buried down there somewhere, but it’s either too subtle or too mired in wordiness and repetition for us to truly care.

I gotta say that even if Ford decides to write a fourth Frank Bascombe book, I’m not going to join him for the ride this time. He’s outlived his interesting period, and the only thing left to talk about in the next one would be diaper changes in the three days leading up to St. Patrick’s day 2020.