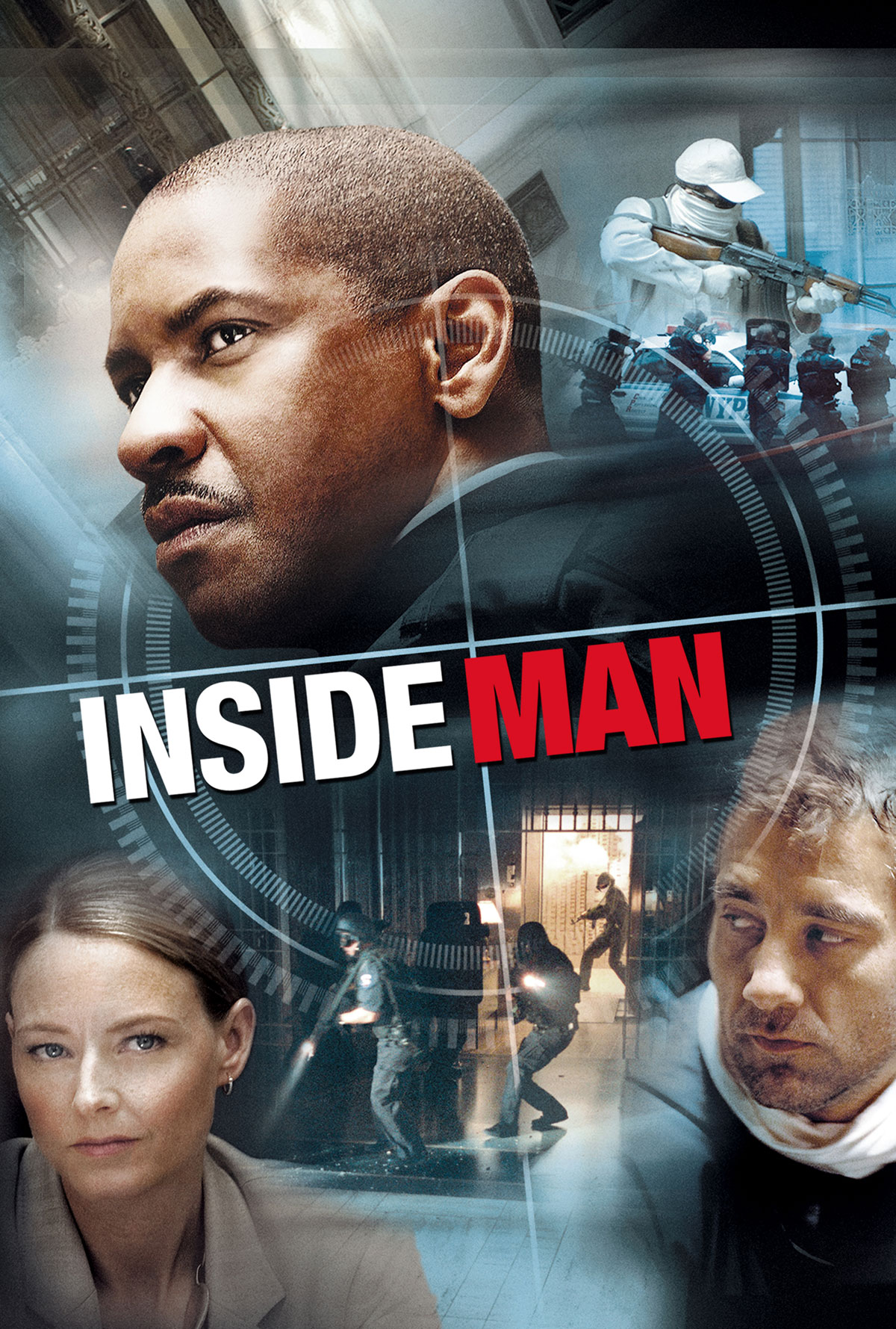 There seems to be a contingent of people out there who just completely love Inside Man. And maybe it’s that there are a lot of moviegoers — especially those who consider themselves film connoisseurs — who just adore heist movies. It doesn’t seem to matter what they’re heisting, who they’re fooling or what their game is. They just love the twists and turns. The calls. The chess match. And, damn if Inside Man isn’t just a straight-up bank heist in the truest sense of the genre. There is no adornment. No like sci-fi wormholes or any kind of genre-bending that you’ve come to expect from modern movies. In some ways, this 2006 crime thriller is one of the purest types of entertainments. Which, frankly, is an odd swing for Spike Lee, who is obviously way more well known for his societal satires and cultural dramas. At least that’s how I think of him. Until I remember that he actually directed Clockers, another crime drama. Though not one as genre-specific as this one.

The thing you immediately notice about this movie is its killer cast. Led by Denzel, who seemed to be almost typecast as a cop at this point in his career. Clive Owen, whose 2006 found him at his peak, with this and Children of Men in the same year. A weirdly resurgent (and buff) Jodie Foster. And the incredibly consistent, and always great Chiwetel Ejiofor and Willem Dafoe. Frankly, I’ve had odd issues with Clive Owen’s acting in the past, but he’s just fine in this film as the leader of the bank robbing crew. His accent is still difficult to place and his face is still a little bothersome, but he’s fine. The rest of the cast does their jobs admirably. It’s funny to see Dafoe essentially play an everyman cop. No screaming or cackling or creepiness. Just a wide-eyed public servant trying to do his job. Jodie Foster does her best low-talking, smart lady charm thing, but I do admit that it’s sometime difficult to look at her and not think, “Oh, it’s Jodie Foster.” I’m not sure why, but it is. Denzel is, of course, the star here. Sometimes you can see his acting tics bleed through, and can kind of “see” him acting, but he is just amazingly charismatic and really pulls of perspiration with aplomb.

So, you have your bank robbery. It’s pretty typical. Dudes pretend to be painters, enter the bank under that cover, lock the doors, tell everyone to get on the ground and proceed to enact their plan. But we realize pretty quickly this isn’t a smash and grab. No, this is all Die Hard and shit. They’re not after the teller money. They’re after something bigger, and that means stalling for time. Leading cops on wild goose chases, pretending to be something they’re not, requesting shit they don’t care about. And on down the typical list of tactics you’ve seen in a million movies prior. Keith Frazier (Denzel) is brought in to do hostage negotiation, because the usual dude is on vacation, I think. He’s trying to get promoted, but has been accused of stealing cash from a drug deal or something and is on some sort of probation. It think. In other words, it seems like he either gets this one right, or he could be out of a job. Hoof, the pressure! But we can tell the lead robber, Dalton Russell (Owen), is very cunning and has planned well. So well, in fact, he seems to make most of the cops, including Frazier, look pretty stupid. Even when the film is wrapped up, it’s not entirely clear that Frazier is that bright. At least compared to the bank robber he’s gone up against. That’s either poor writing, or an interesting character quirk. In fact, Jodie Foster’s fixer character also seems quite a bit brighter than Denzel’s. Again, maybe this is intentional, maybe not.

It’s tough to talk much about the plot without giving a whole lot away, but suffice it to say that there are some plot holes big enough to drive a Brinks truck through. Apparently the dude who wrote the screenplay, Russell Gewirtz, only has one other movie to his credit: Righteous Kill. Which, if memory serves, was a severely panned Pacino and De Niro flick that almost killed both of their careers. So while I’m not going to shit on the dialogue per se, I will say that the plot was pretty convoluted and, when the “twist” is revealed, honestly pretty dumb. The ending is wrapped up in a way that’s pretty anti-climactic and I’m uncertain how I’m supposed to feel about… well, how do I say this without giving anything away? Ok. Say there’s a dude who steals a bunch of money from people trying to cross the Mexico/US border. He pretends to be a coyote, takes their cash and then shoots them and dumps their bodies in the Rio Grande. That dude then parlays that cash into a chain of lucrative fast food restaurants and gets really rich from the profits. Enter dude number two who steals from the restaurants, exposes dude number one as a thief and murderer and then gives a little bit of the cash he stole from dude number one to dude number three because dude number three really wants to buy a ring for his fiancee. But what of the poor Mexicans who were slaughtered and robbed? Where’s their repayment? I mean, sure it’s nice that guy number two gave guy number three a little bit of the cash he stole from the thief, but the original victims are still shit out of luck. Poor and dead and forgotten. I mean I suppose this dude’s fake coyote-ness is exposed, but who gives a shit, really?

Ok, that was insane. Point is, the script in terms of the narrative, plot and resolution wasn’t the best. You’re really tuning in to watch Denzel cook. And cook he does. Lee’s direction is even less hacky than it can be at times. In fact, I’d have had no idea it was him if I didn’t already know it was him. The film luckily doesn’t take itself as seriously as it could, although I honestly could have done with more New Yawk humor than they even stuck in there. Denzel can be remarkably funny when he wants to be. They should have let him stretch those muscles a little more. Inject some more sarcasm and stuff in there. It happens on occasion, sure, but it would have been welcome for a movie that’s heavy on dialogue and, like I mentioned, a little too overworked for its own good. And, look, I enjoyed the film as an action crime thriller. But I felt a little let down by the execution and follow-through in the end. It’s worth your time, for sure, if you’re a fan of the genre. But don’t go in looking for a masterpiece, and you won’t be disappointed.