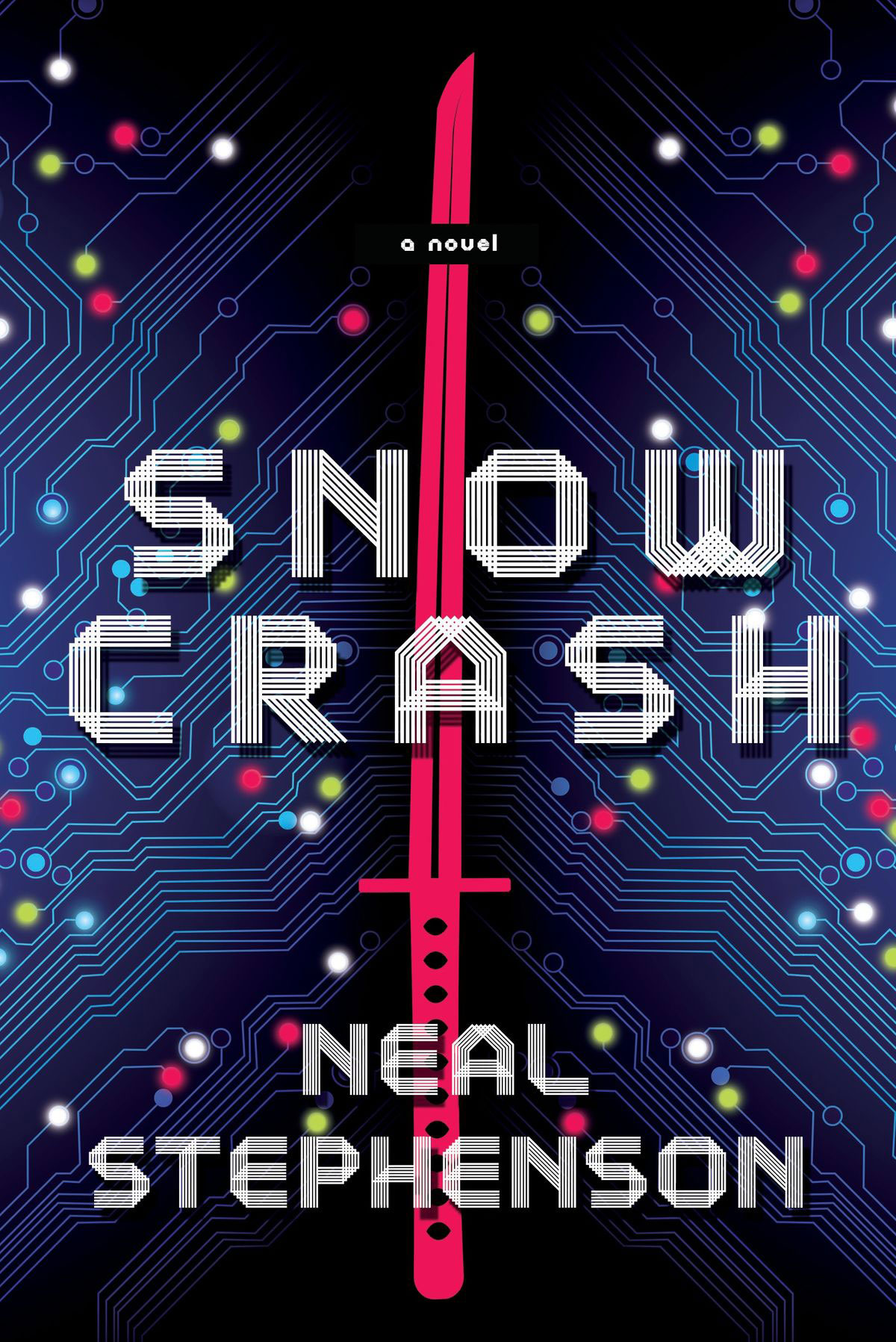 I know there are some people out there who like this book. I know this because one or two of them recommended it to me. If only I could remember exactly who they were, because I have a good mind to hunt them down and eviscerate them with one of those katanas that our main character, Hero Protagonist, employs throughout this 1992 sci-fi novel. And, yes, Snow Crash’s protagonist in indeed named Hero Protagonist. This might be all you need to know about this book to just stop reading and chalk it up as garbage. Unfortunately I knew it from page 50, but stubbornly slogged through the next 430 pages anyway. I’m very stubborn.

Sci-fi and/or cyberpunk-ish novels are a funny proposition. Especially ones that you’re reading twenty-seven years after they were written. Because, as it turns out, speculative fiction doesn’t age well. I imagine this is why so many authors write kind of post-apocalyptic type narratives where society is basically frozen at a certain year and then reverts back to its native form. So there’s no having to assume future inventions, geo-politics or anything, really. Lord of the Flies is always a thing. In Snow Crash, we live in a year probably not so far into our current future where the world economy has collapsed and society has become a weird amalgam of, quite honestly, some dumb bullshit that I think the author thought would be clever, but is a world I have no interest in surveying.

Trying to explain this world is next to impossible. It’s a mash-up of neighborhoods and city-states that are no longer controlled by federal or local government, but by private companies, organizations and franchised retail chains. I’m sure there is supposed to be some commentary about 1992 commercialism here, but it’s more annoyingly one-the-nose than it is enlightening. And vaguely racist in its weird Asian obsession. Stephenson also puts the n-word in a few characters’ mouths, which felt a bit jarring here in 2019. But, anyway, Stephenson has built this whole world, which is certainly a feat, but if you’re not fond of the world he’s built, it’s a tough hang. And I found my senses challenged by the world right out of the gate, as it kind of starts off on a cheesy note. After all, the aforementioned Hero Protagonist not only has a really dumb name, he’s both a really famous “hacker” and what amounts to a Domino’s Pizza delivery man. Where Domino’s is owned by the mafia. Not like a specific mafia, really. Just the mafia writ large. And they really take their half-hour-or-it’s-free guarantee super-seriously. Stupid.

Our other protagonist if a fifteen-year-old bike messenger (except she rides a skateboard) named Y.T. Her name literally stands for Yours Truly. Ok… Stephenson could think of all this advanced stuff — including a very similar precursor virtual reality world to Ready Player One’s OASIS — but can’t imagine something like the fax machine, email or drone delivery? Instead she just harpoons cars on the freeway with what I think is like a plunger on the end of cable. Stephenson must describe that same “‘pooning” thing like 300 times. It just got really, really old.

Did I mention that I found the author’s actual writing to be lacking? Not necessarily the ideas or the world building or any of that. But his actual sentences? I very much disliked it. The dialogue, especially, came off as half-baked and clichéd. He clearly did some odd-ball research into the history of language and how Sumerian society and, ugh, I don’t even want to go into it. But these pieces of the narrative — which are literally Hero having a conversation with a virtual version of Ask Jeeves — go on for chapters and are just kind of thrown in there between the main action. The two — the action and the whole thing where he’s clearly trying to connect the human brain and its language with computers and their language — never come together. One is not at all connected to the other. It’s like back in the day where there had to be “prurient interest” in all media, so they’d like stick a math lesson in the middle of a porn movie to make it fit the requirements. If Stephenson wanted to delve into this whole thing, then he could have skipped all the dumb stuff and stuck with that, After all, it seemed like by the end of the novel he had very little interest in resolving anything and/or bringing the action to any satisfying conclusion whatsoever. It felt like the end of an old Schwarzenegger movie where they used up any cleverness on one thing and then just blew everything to shit in order to distract from the fact they had nothing left in the tank.

Every time I picked this thing up I just wished it would end. The fact that teenager, Y.T., ends up having consensual (and relatively graphic) sex with a grown-ass man didn’t really help me want to continue reading, either. The whole thing was like being on vacation in a sucky resort where the food is bad, the pool is dirty and the air smells a bit of shit. You’re like, “Well, I’m on vacation, so that’s cool. But I really hate this place and can’t wait to get home.” That said, I think I’m going to take a break from sci-fi for a minute and concentrate on some good, old-fashioned family misery or something.