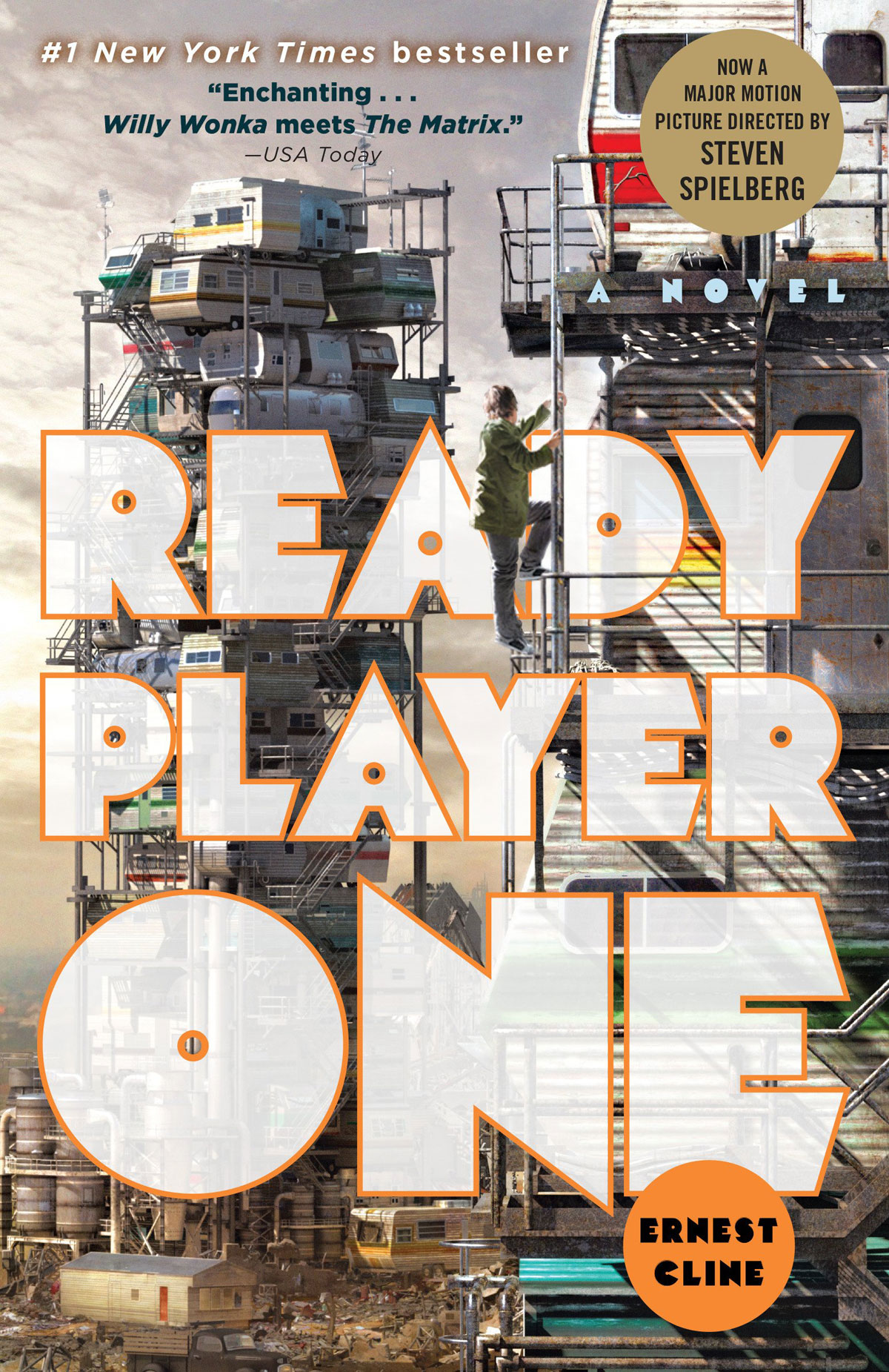 I was recommended this book way back before Spielberg decided to make his divisive movie out of it. Because of course he did. I was told, probably based solely on my age, that I would absolutely love it. To be fair, I do seem to read way more sci-fi-ish things than I used to. Or reverted back to my 12-year-old self and kind of slipped back into it. The thing is, I am and must be the exact target audience for this book. I believe the man’s life on whom this whole world is based is supposed to be born the exact year I was, and clearly interacted with many of the same pop-culture related things I did as a child — though his experience was way nerdier than mine.

So how far can nostalgia go? Because basing a text solely on fond memories of video games, music and D&D will only get you so far. And in the hands of a not very deft writer, this whole thing could come across as a sappy voyage through the 80s section of a very, very sad museum. Unfortunately, it’s pretty clear from the beginning that Cline isn’t up to the task. His future world building is typical, his characters flat and the general writing style more YA than anything I’ve ever read. Granted, I don’t think I’ve ever read a specifically YA novel since I was a very YA and before novels were actually classified as YA, but I imagine the kind of  yadayadaing of details, the limp language and dialogue that could have been generated by a couple monkeys and a Palm Pilot would be the order of the day.

The whole of the plot is essentially an Atari game. This slovenly kid, Wade — who, I imagine isn’t cast that way in the movie — in 2044 America spends the entirety of his time in a virtual reality world called the OASIS. The OASIS was invented by this guy James Halliday, who was obsessed with the 1980s for some unknown reason and when he died, instead of taking his wealth with him, he put his money and company up for grabs in the form of an Easter egg somewhere in the expansive OASIS virtual universe. By the way, the real world is seemingly post-apocalyptic after some environmental and financial issues, so finding any kind of dough, let alone the astronomical amount Halliday left behind, cold be life changing. Wade (aka Parzival), and presumably millions of others, who are searching for the egg are nicknamed Gunters and spend a good deal of their days researching Halliday’s life and listening to, watching and playing 80s media, as they assume any and all clues in finding the egg will employ that 80s knowledge. So, it’s kind of stupid out of the gate. The author continuously brings up random 80s stuff in a random manner, sprinkling it throughout when he most likely felt it had been too many pages since his last reference. It’s exhausting. He also brings in some 70s items for unknown reasons, but whatever.

The majority of the action takes place in this virtual world, which has little in the way of stakes other than a person’s avatar could “die” and lose everything in his knapsack. The thing that really sinks the narrative, though, and is the kiss of death for any supernatural, sci-fi, magic or any such plot: he changes the rules as we progress when he paints himself into a narrative corner. He continuously invents magical artifacts and powers and various other things for the first time when they happen to come in handy to get a character out of a bind or move the plot along. Oh, did I happen to mention the bad guys have this thing where they can essentially track anyone they want whenever they want within the OASIS? And everyone knows it? Yeah, I know I didn’t mention that critical fact earlier, and none of the other characters seemed to be concerned about it until the bad guys use it when there was seemingly no other way for them to move ahead. It’s not as if it’s a one-time use thing either. They can use it once a day in perpetuity. There are things like this constantly, and it’s aggravating as hell. It’s bad world building and poor storytelling.

That’s aside, the characters are incredibly uninteresting. They’re basically video game characters — which have been better fleshed out in multiple Pixar movies. The story is just so PG (despite some salty language and a couple murders) that it feels genteel when I don’t think it means to be. Somewhere Cline thought he was writing Blade Runner or even WarGames, when he was, in fact, writing a flaccid version of another Dabney Coleman film, Cloak & Dagger. To be fair, I don’t know what Cline’s initial goals were with this novel, though I don’t imagine even he thought it would be as big as it’s become. The fact that the thing literally involves some kid and a few of his friends trying to get three keys to get through three gates in order to “win,” isn’t exactly ground-breaking or even compelling stuff. It’s kind of retro in all the wrong ways and for all the wrong reasons. And like everything Gen X, that’s a bummer, man.