This Book Does Not Exist 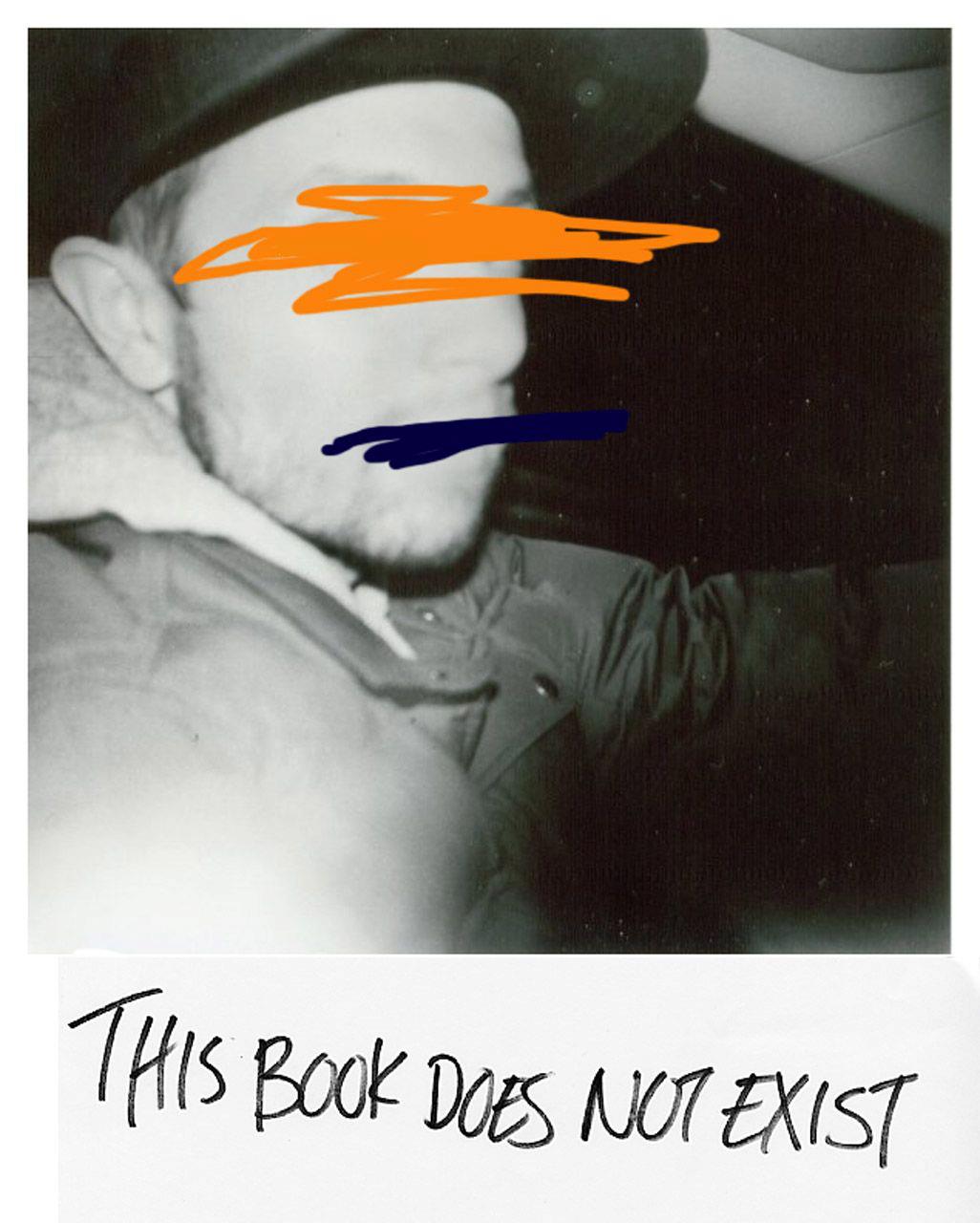 Let’s start off with the fact I downloaded this book for free. I didn’t steal it, mind you. I downloaded it from Amazon for $0. I’m not sure what the sales strategy is there. Nor did I expect much from this thing. I believe it was literally the first book I got when I switched from paper to Kindle and it sat there in my library for years just looming. And then I kind of just ran out of stuff to read at some point. Or was tired of whatever it was I was reading and wanted something mindless for a plane ride out to and back from LA. And what could be more mindless than a free book? Even a free book that I feel like at some point had “updates” that included corrections and/or additions. Yeah, it’s like that.

The first thing I noticed was the janky-ass font they used for this thing. It was about 27 point and looked like one of those font faces you find sitting amongst the dingbats and foreign characters at the bottom of your font menu. There are also quite a few typos in the book. But who am I to complain when I spent less than a thin penny on the thing (and my website is also littered with typos)? So, ignoring the obvious production issues, what the hell was the book like? Well, weird. I mean it started off like it wanted to be one thing. Maybe a Philip K. Dick thing, but delved more into the shallower end of the David Wong pool pretty quickly (who himself is totally indebted to Stephen King). In other words, I liked where it started, but was way less happy with where it ended up. Not in-tears unhappy, but just wishing he had stuck with the initial mystery weirdness and less of the mad-world weirdness. I mean I know this is supposed to be a love/breakup story told in the guise of a sci-fi, weirdo tale, but some of the main constructs got in the way. Mostly because they just didn’t make sense.

So the story is about a guy who has finally decided to commit to his girlfriend. The night she’s supposed to fly out to move in with him, she just doesn’t show. Assuming she either got cold feet or something untoward happened, he first calls around to all of her relatives and friends, and everyone seems to disavow knowledge of her whereabouts. He then physically goes to find her in Ohio, but he is still stymied by everyone. She seems to have vanished into thin air. And we don’t know if her family and friends are just lying to our potagonist to throw him off her trail, has met with foul play, is hiding from him, or some Philip K. Dick-ish tear in the universe has opened and somehow his waffling has zapped her through that gaping hole in the sky. I say stop. That’s an interesting story in and of itself. I could have easily spent 200 pages in the reality of that situation, watching our protagonist try to unravel the mystery of her disappearance, even if there were touches of the occult or whatever. But instead of that grounded-in-reality story, we get this whole thing with a stupid Narnia door in a warehouse that our guy somehow finds that leads to a parallel world that makes next-to-no sense. There is this annoying guide through this parallel world where our star does sort-of-kind-of try to find his girlfriend, but really it’s a bunch of nonsense and it’s rarely clear why this world exists, how it connects to our own, what powers it holds and why leaving the damn door open somehow allows that world to leak into ours. It’s all kind of a mess.

That all said, I really liked the initial direction of this thing and enjoy Schneider’s writing in parts. I’m generally not a huge fan of including “modern” conveniences and tech in books, as they age poorly. The main character, who is supposed to be young-ish and hip, has a Blackberry, for instance, and there are some intentionally hipster references to modern music (as of the book’s writing) that feel super-forced and out of place. But, putting that aside, he manages to convey his lead character’s personality pretty clearly, and is humorous and irreverent in good ways. It was just about right for a sometimes entertaining and occasionally fun short book for a flight. Was it a classic? Nope. Is it worth the $3 they’re currently charging for it on Amazon? I mean, it ain’t free, but it’s just so damn easy to hit that button on the site. Mike Schneider, you’re ok. And thanks for the freebie. Next go ’round I’ll consider full fare if I can give you some notes and make sure your shit doesn’t go off the rails.