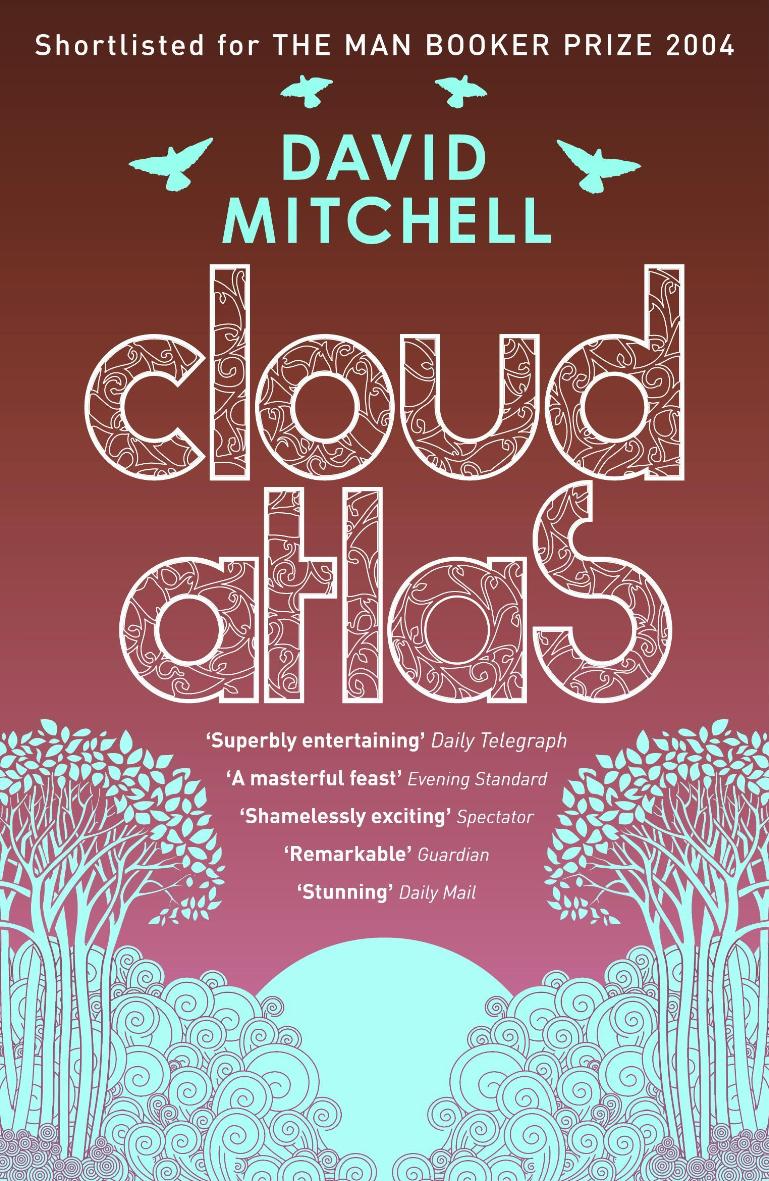 This guy is so talented it’s ridiculous. He’s like Philip K. Dick without the mental problems–or if he has them, he masks them well in his incredibly structured novels. My first exposure to Mitchell was Ghostwritten, an amazing book that pushed the boundaries of my comprehension levels (which isn’t that hard). This novel uses a similar narrative structure to that one; telling an unfolding series of stories that are loosely tied together through recurring elements. This one is a little different in that we start with one story, which eventually is interrupted and goes on to the next. Which, in turn is interrupted by the story that follows it. We don’t really understand why these stories are cut short until we reach the peak of our ascent, and start down the other side of the mountain, revisiting the same stories in reverse order, each picking up where they left off because of the story before it. It’s a more simple concept than I’m explaining here, and the tales themselves are a bit more straight-forward than those in Ghostwritten. For that reason, it’s a little bit of a less challenging read, but it also makes it a more solid book all around. The different narratives unfold in chronological order, starting in the 1850s, and peaking in the way distant future, only to come back through time and end back in the 1850s with the characters from the first story. It’s as if each narrative was written by a different author, as the styles and themes vary so widely. He’s obviously at ease writing in each different style, although his more futuristic, science-fiction stuff is just amazing–and does have a bit of a Dick quality about it. Other stories’ styles vary from an almost Western thing, a la Cormac McCarthy, something out of a Conrad novel and even a corporate espionage thing that smacks of Grisham (in a self-aware kind of way). This is not to say he’s an imitator. Quite the opposite, really. This book is totally original and an awesome read. I’m still kind of processing the whole thing, but it has certainly moved up into my favorite-of-the-past-while stack. I can feel another Amazon trip in my future for Number9Dream.