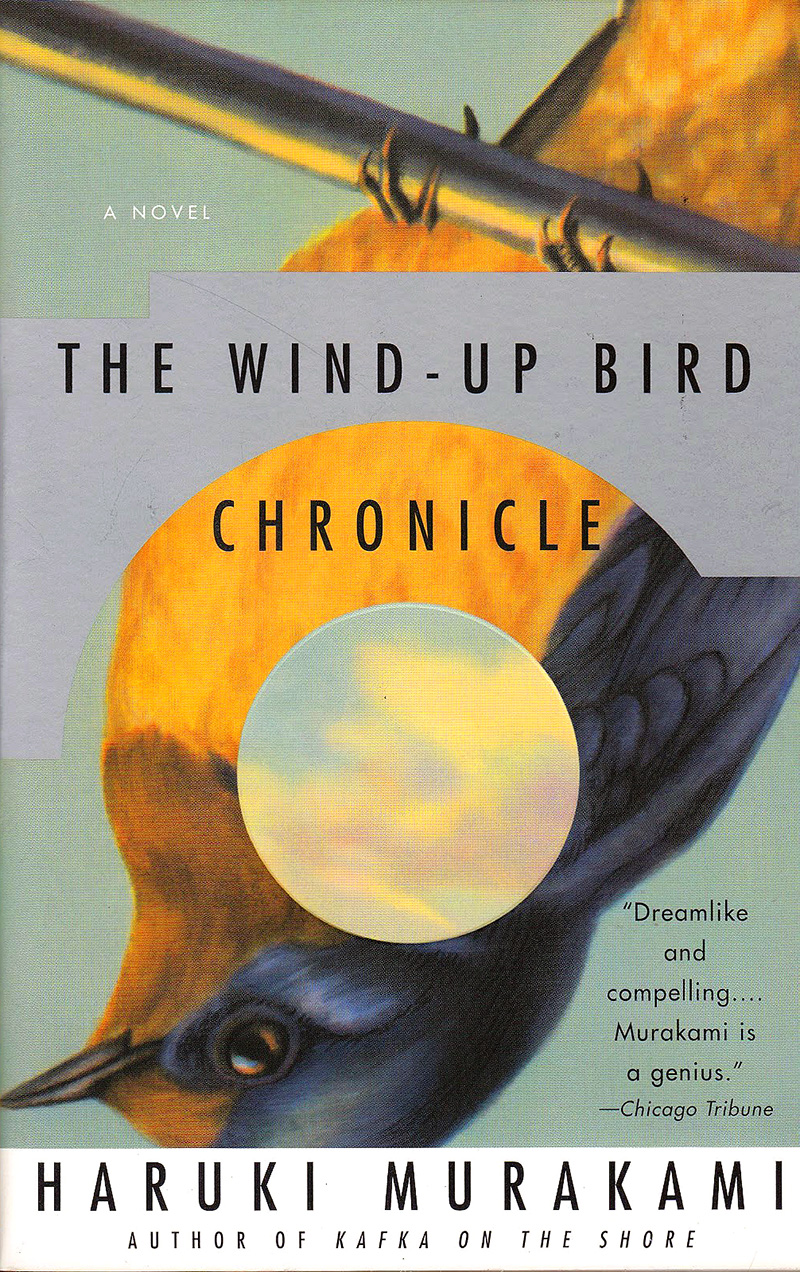 I’m usually a little hesitant to read translated books. What if the author meant “that” and the translator went with “which?” It just can’t be as good as it was in the author’s native language–nor can it be 100% true to his intentions. So when somebody suggested I read this book (obviously written originally in Japanese), I bought it with some skepticism. The author, Murakami, writes rather simply, so maybe not too much finessing was necessary, but there were only a couple little spots in the book that I was reminded that this wasn’t a book written in English. It was less word usage than a couple turns of phrase. Think of it as listening to a band like The Hives–what they’re playing is most definitely rock ‘n roll, but the accent is all wrong. While he does write in more simple language, Murakami’s ideas are not necessarily simple. He covers a whole gamut of post-modern plagues like loneliness, dissatisfaction, shame, family dysfunction, rape, incest, war, torture, Mongolia, fortune telling, male pattern baldness, self-loathing, political power, and, of course, sex and jellyfish. That’s just a small snippet of some of the topics covered, and it’s all wrapped in a shroud of Buddhist mysticism and riddles. It’s certainly an original story, and really stretches the boundaries of typical fiction. This was a pretty cool book that makes me wonder why I haven’t read more translated novels. Maybe I’ll just read this one again and save myself the $16.99 and a possible headache trying to decipher some story about a 1619 war between Poland and the Prussian Empire.