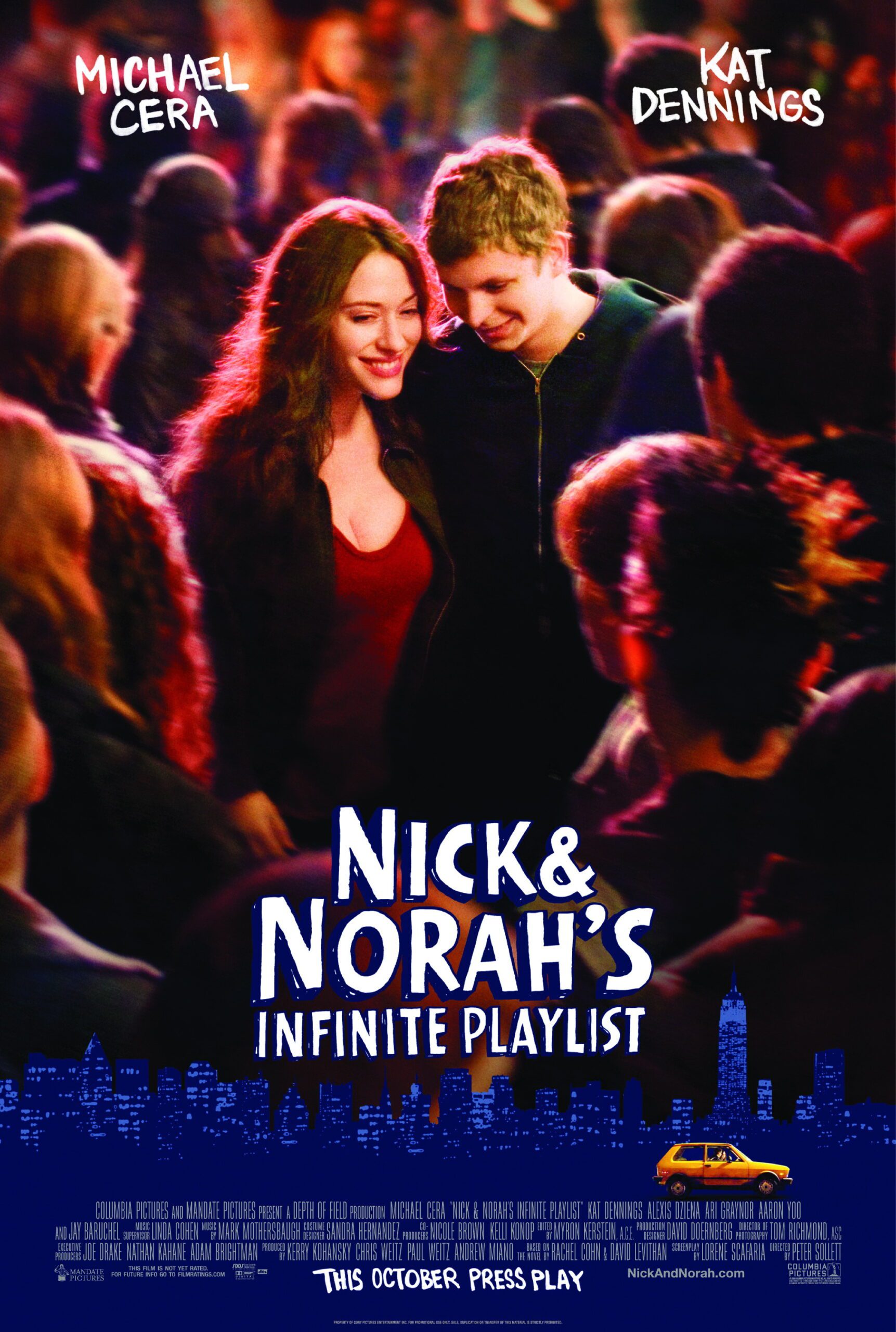 Yes, I know this movie is made for tweens or young hipsters or some crowd that certainly isn’t me, but it was available on Netflix instant play (via the Roku) and seemed like a perfect candidate for background fodder while I surfed The Superficial and paid bills. And then, in the ultimate praise for a no-brainer movie, I managed to drop everything I was supposed to do and actually watched this love story set to the tunes of a twenty-something Brooklynite’s iPod.

My initial draw to this film is its cutesy hand drawn poster. Then there’s the promise of good music. Then there’s Michael Cera, whom I always find endlessly entertaining, funny and vaguely iconic. Add to that one of the few good things from The House Bunny and a film guaranteed to be filmed in and around spots in Manhattan and Brooklyn and you have something that can certainly make me ignore yet another Kim Kardasian bikini spread for any day.

The plot is a simple one. Dorky guy in a band falls for and dates the wrong girl. He makes pathetic CD mixes for said girl in volumes, which said girl doesn’t appreciate for the labor of love they are. Sounding familiar (on both a movie and personal level) yet? Enter new girl who appreciates this boy’s earnestness, taste in music and caring soul. Bad girl and new girl are acquaintances and end up in the same place as sensitive boy where wackiness ensues and true soul mates are unveiled. Then much pursued desire, backstepping and a misunderstood queercore, drummerless band later and couples and heartbeeps are figured out. Meanwhile my indie rock iTunes playlist chimes in the background.

This is ultimately the 2008 version of Some Kind of Wonderful–or was it Pretty in Pink? Actually it’s neither, and Cera is more Anthony Michael Hall than John Cryer or Eric Stoltz, but it kind of evokes that genre of film with a decidedly modern and less fairytale slant. I’m still creeped out by the weird, skinny chick (Alexis Dziena) whom I first became aware of on Entourage. I find it strange that she gets movie parts, but I guess I’m not her core audience. Kat Dennings, on the other hand, is terrific in the movie as the rich Jewish girl from NJ with no attitude, who actually looks like a real human being and not a be-skirted skeleton. This movie certainly isn’t going to change anyone’s life, but there’s room for sweetness out there, and this movie has it in spades.