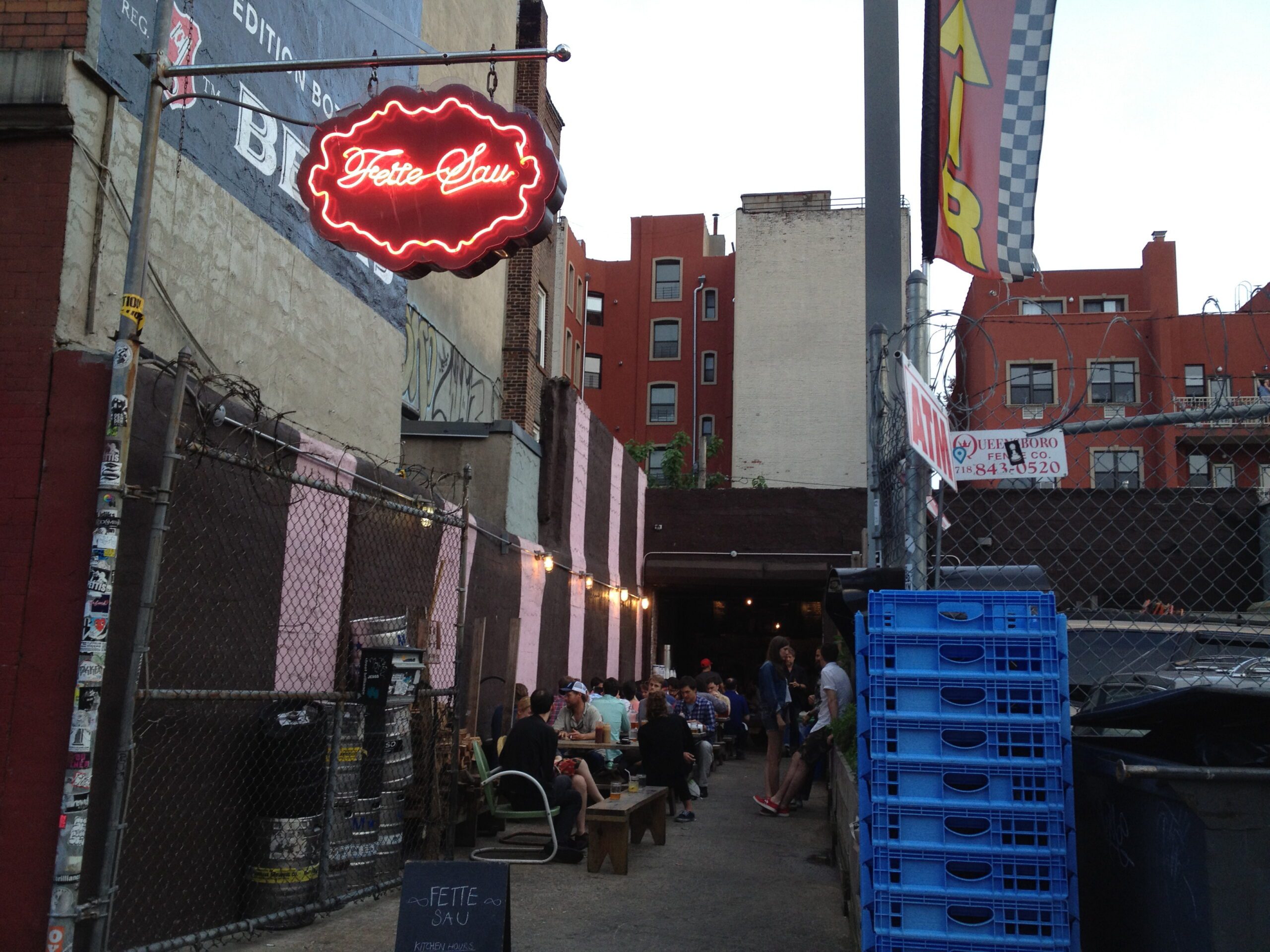 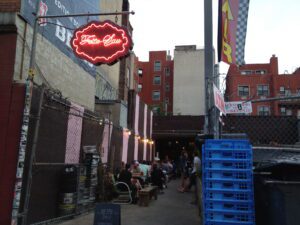 I’m not really certain why they gave this thing a German name, as there seems to be little German about it. Instead it’s kind of a combo of Cooter’s garage and Uncle Jesse’s farm. But turning an old auto repair shop into a barbecue place screams nothing but Williamsburg. As does the giant line of dudes in skinny jeans and retro t-shirts waiting to eat the various assortment of daily smoked meats and sides. The pungent odor of burning pig and cow can be smelled wafting down the block as you approach the rather ostentatiously inconspicuous surroundings. And there was nothing I wanted more than a greasy plate of brisket and whatnot, until I saw that aforementioned line. What instantly leapt to mind was “fuck it,” and “this is insane.” We worked our way into the inside, garage part of the joint — after deciding no overpriced barbecue was worth this type of wait — in order to secure a couple beers, and witnessed what could only be described as bedlam. There were no seats to be had and lots of people holding glistening paper plates of rather lackluster (but great smelling) meat cursing their non-seat-having situations. We did manage to grab a couple beers and found two plastic seats out by the chain-link fence and shitstacks of boxes where we watched dozens of potential customers take one look at the line and turn on their heels and beat a path to somewhere more inviting. I raised my glass and laughed at their hipster asses and then looked around and realized I was sitting in what amounted to a used car lot that smelled of burning flesh. [MF]