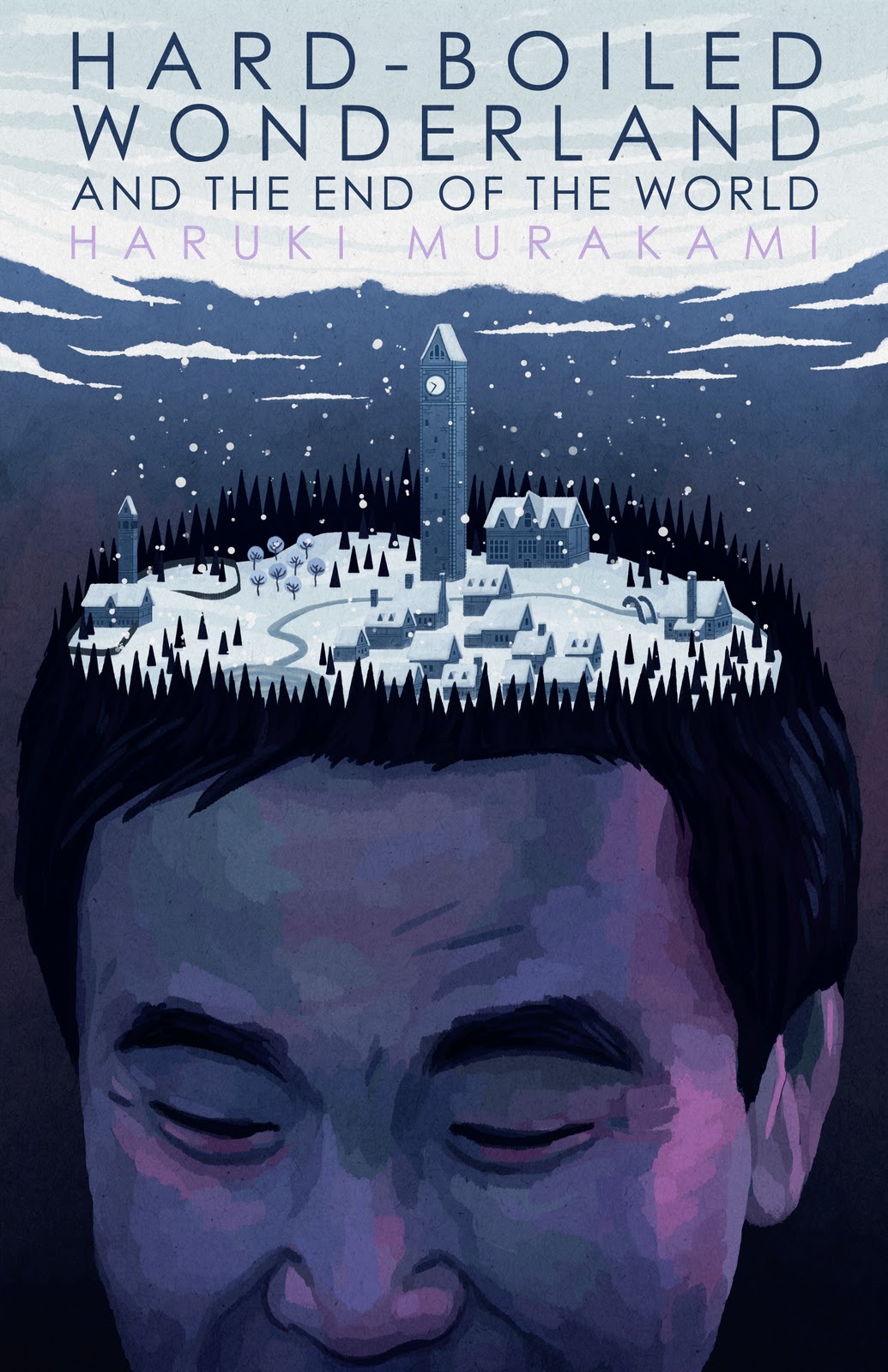 Hard Boiled Wonderland at the End of the World

I’ve read quite a few Murakami books at this point. Not in any particular order, obviously, but I’ve picked my way through them based on what I ascertain as their quality. This one came up on a lot of peoples’ Murakami favorite lists, so I gave it a try.

Now, I have a bunch of weird books on my shelf (and now on my Kindle). But this ranks up there with one of the weirder ones. Not the weirdest by far, but it’s up there for something that is a relatively mainstream book. Not that I didn’t expect some strange stuff to go on in a Murakami novel with a title longer than the 405 freeway, but this genre-bending narrative throws everything in the pot, stirs it up and boils it over a cauldron of WTF.

As usual, our unnamed main character is a dude who seems to just be this empty vessel into which life is poured. He’s almost an unwitting participant in his own existence. And his existence is split from chapter to chapter between The Hardbolied Wonderland and The End of the World. The former is a semi-real place filled with toughs and cyber-punk stuff that is straight out of a William Gibson novel. The latter is a walled city within his mind (I think) that’s one part Japanese fantasy and another part Lost mixed with like evil Narnia or something. The jump back and forth from chapter to chapter takes a while to get used to, and is at times a little jarring, but ultimately the two worlds kind of coalesce into an amalgam of bizarreness.

I would try to explain the plot, but that would be like trying to explain the migration of moon jellyfish off the coast of Eastern Canada. And, no, I don’t know shit about jellies. Suffice it to say, there is some shady pseudo-government agency, some bad guys, a few interested woman, an old scientist and some creatures that don’t actually exist anywhere ever. Sounds like Murakami, right? Well, short of bringing up the whole plot, our protagonist works for the aforementioned shady government entity acting as a human encryptor of information. He basically takes info in one side, shuffles it in his brain and spits it out the other side encrypted. And there’s the government entity’s rival, a KOAS-like bad guy outfit, bent on undoing what’s being done. Whatever that is. There are underground monsters and nutty professors who can put people on mute and a sexy librarian who can eat more than Kobayashi on speed. And our main dude, who essentially has a timebomb inside his head. And his parallel universe self who has his shadow sheared from his body, lives in a walled city where he’s blinded and reads dreams from the skulls of unicorn-like yak creatures and is into a different-ish librarian who has no memory of her former self. Philip K. Dick is scratching his head at this point.

So what it all comes down to is if the book was entertaining. Yes, of course. Was it completely comprehensible? No, not really. Would a second read probably shed some light on this study of thought and memory that I’m just not smart enough to get? Certainly. It’s an f’d-up read, to be sure. But, really, what is Murakami if not f’d up? Not my favorite book of his, but incredibly creative and out there in a way that I’m certainly into on a level that most books don’t reach.