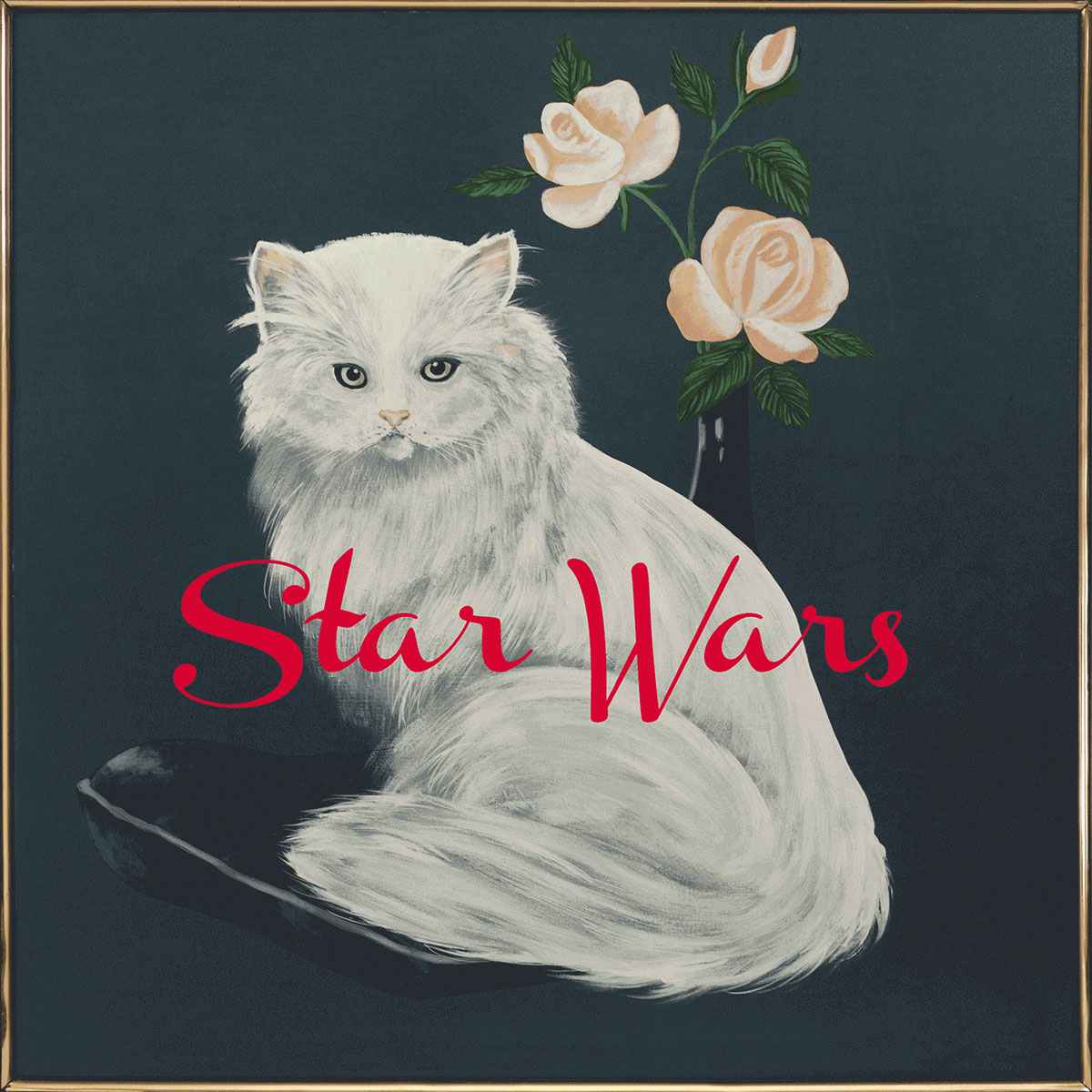 More than anything I just wanted the put this album cover on my site, as I don’t really have any affinity for Wilco beyond a little dalliance with Yankee Hotel Foxtrot back in the day. I’ve always found their music to be highly overrated and kind of the middling adult contemporary buzzy auteur stuff that middle-aged white guys can feel cool saying they listen to. Even if the last album they bought was the aforementioned Yankee Foxtrot. But when a band offers up a free album download, who am I to turn my nose up at it? Granted I got that lame U2 album like everyone else with an iTunes account and haven’t yet pressed play on a single track. But this one I decided to give a chance, even after their last few albums have elicited nothing from me but yawns and shrugs.

So that cover… I suppose they said to themselves, “what two things do people Google more than anything else?” Well, that would be cats and, Star Wars. SEO gold! Even I gotta admit, it’s a pretty funny concept. It doesn’t seem to have anything to do with the album, but whatevs. Cover aside, I started to the listen to the thing… And didn’t hate it. I mean I’m not jumping out of my chair or anything. I’m not like streaking with “Wilco Rules!” painted across my genitals and getting a tattoo of Jeff Tweedy’s face on my bicep, but there are actually some decent tunes on here. Not like my normal indie rock decent, but compelling in their own Wilco-ish way.

Even hearing the name Wilco just brings me back to those days when rock was at a crossroads in its post-grunge floppiness. I mean we were desperate for something, anything back in 2002 to break us out of the malaise of 911 and the subsequent stiffening up of the nation. And somehow the very American, laid-back, non-offensive rock of Wilco fit right in there. And here we are again in 2015 basically proclaiming the death of mainstream rock ‘n’ roll in America — a lost art form given way to bleeps and bloops and Maroon 5. So perhaps it is, once again, Wilco’s time to take the mantle of the greatest rock band that you aren’t embarrassed to rock at your next suburban barbecue and that your uncle is totally down with putting on his iPhone. So thirteen years after it was considered semi-cool to namecheck Wilco as “my favorite band,” it might actually be okay to get back on that bandwagon and claim that you never doubted their genius.