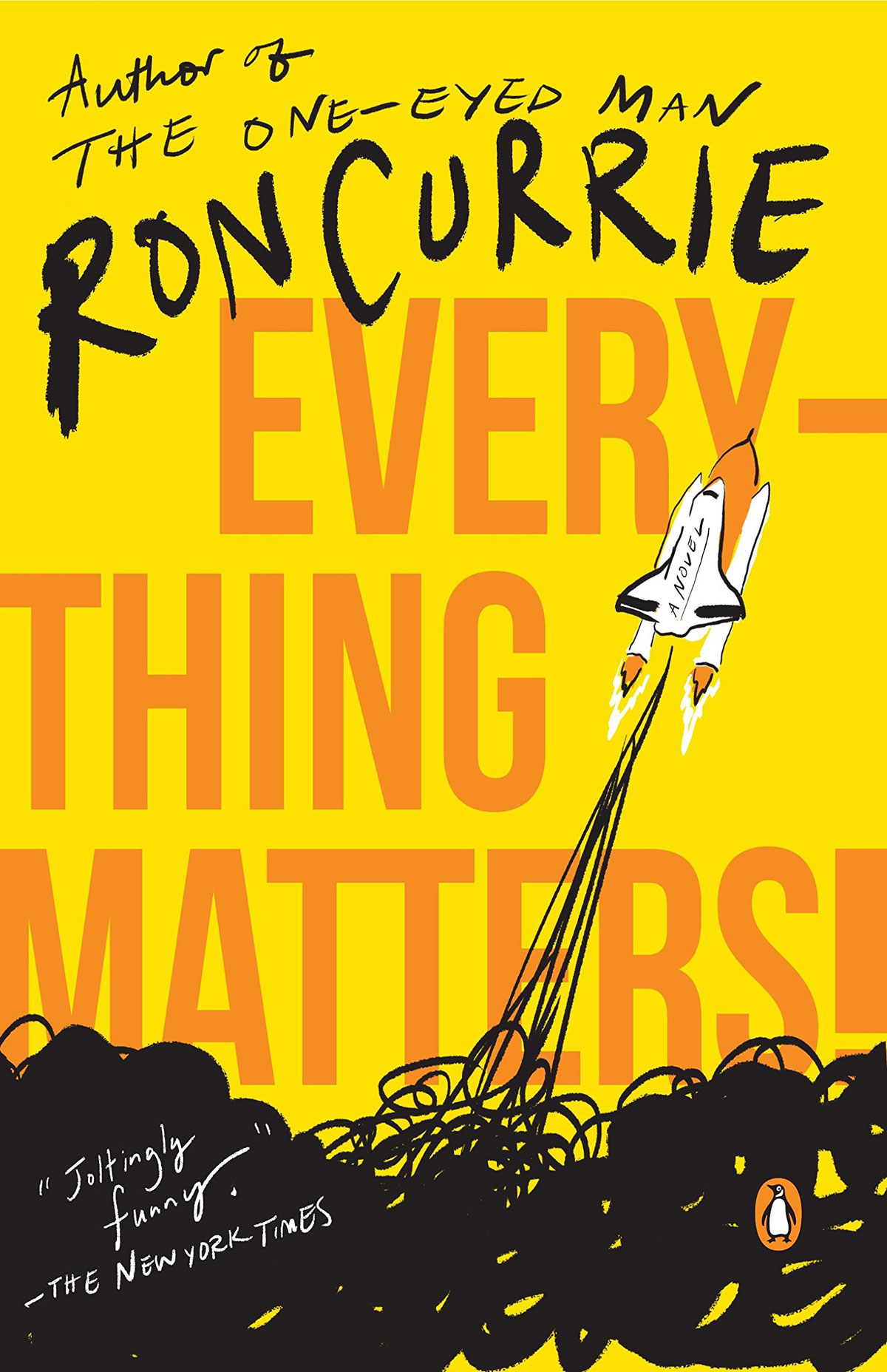 Reading in the world of media over-saturation has become a challenge. I have just too many options, what with on-demand music and podcasts and the ability to download TV shows and movies from streaming services. But I do make a conscious effort to read whenever I can keep my eyes open long enough to make it happen. So, when I read about novels like Everything Matters! and how Ron Currie’s writing style is similar-ish to Vonnegut’s, I am intrigued enough to pick this thing up. I read almost everything Vonnegut wrote back in my early twenties, and his wry humor, sense of humanity and omniscient narrator that permeates most of his work is something unique among his peers.

The thing is, this book, and Currie’s writing in general, isn’t ultimately that similar in tone to Vonnegut’s. There isn’t the bittersweetness and almost bordering-on-sappiness that Vonnegut’s writing has. I get the comparisons a little bit, as this novel starts off with the mysterious narrative voice (a Vonnegut trademark) and seems to be going in that direction, but the story soon falls into its own rhythm and certainly becomes its own thing. The story does have a central conceit, however. Our protagonist, Junior Thibodeau, is born with the knowledge of exactly how and when the Earth will come to an end. So he has about 36.5 years to decide how he wants to live his life before it comes to a fiery end at the head of a giant comet. As you can imagine, this leads him to question why anything anyone does really matters if all their good deeds, their bad deeds, their love, their wealth, everything will be wiped away on a given day. This knowledge is brought to him by this mysterious voice whose origin is never really clarified for us. But, along with knowing when the end of the world is coming, the voice shares past experiences and even unknowable information about people with him. The rules around this are somewhat murky, but needless to say, people questioning his sanity are somewhat quelled by his ability to know secrets that only they could know. Or are they?

The story itself revolves around Junior and his immediate family, including his mother, father and brother, Rodney. The narrative starts at his birth, essentially, and ends just about 36.5 years later. So we see Junior’s life and those he shares his life with develop over time. Currie does a great job of drawing his characters and pulling emotion from various streams. I kind of assumed there’d be more humor in the book, but it ends up being pretty damned serious in its philosophy and execution. There is alcoholism, depression, illness and death just like there is in any modern piece of literature. But there are some twists in the final act of the book that do remind me a little of Slaughterhouse Five on a very surface level (sorry to be vague, but don’t want to give too much away) and it does hit some of those emotional sweet spots. The story overall is effecting, and while it is ultimately a message about how we should understand that, like the title says, everything ultimately matters, it manages to make the reader come back to it regularly with enough action and compelling interplay to make it a supremely worthy read.