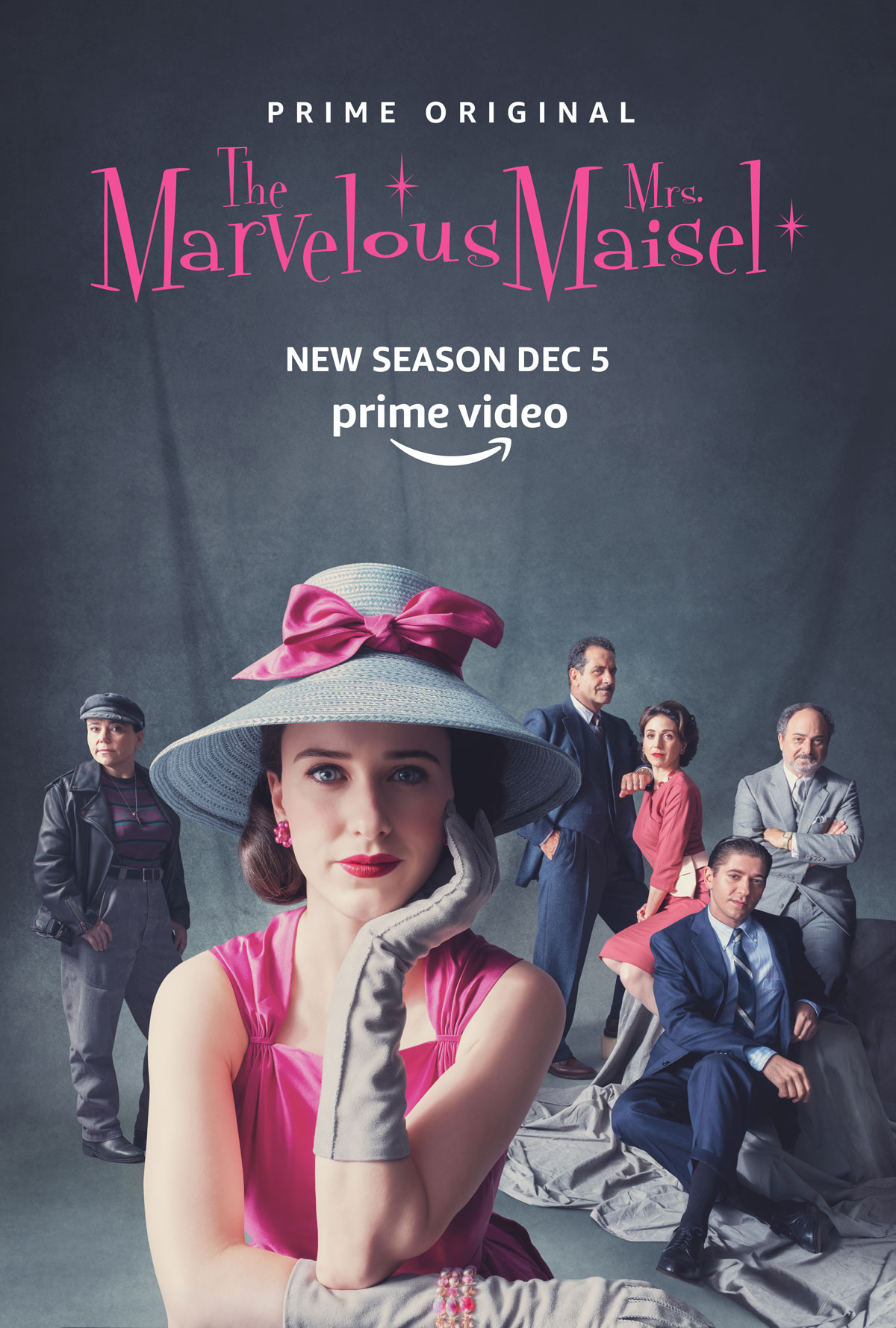 I know people had some issues with the second season of this show after Season One won like a trillion awards. Most of their complaints center around the fact that we leave NYC for France for a couple episodes. Or at least I think that’s the genesis of the grumbling. I, for one, find France a very charming and super-French country. So I wasn’t hating that at all. In fact, it gave us a break from the chaos of Midge’s home life. I mean, she may be the worst mother of all time, but what do I know about parenting in the 50s?

Whatever your complaints, I think there was a definite focus shift from Midge to her father, Abe (Tony Shaloub). Or at least they shared the spotlight in really interesting ways. We saw a lot from his perspective, including his extended jaunt to Paris to retrieve his wayward wife. We saw the softer side of Abe, as he learned to live in French squalor, own a stupid dog and argue with provincial French intellectuals in a language he doesn’t understand. In other words, the dude who needed to control everything had to pass control to his wife and leave other things to chance. And watching this was actually more interesting than some of Midge’s struggles. Because, as it turns out, Midge is essentially just 1950s Carrie Bradshaw. And Carrie Bradshaw was a despicable character.

But Abe. Oh, Tony Shaloub, how you bring him to life. And make us wonder if France actually changed him, or if he’s just pretending to want to take dance lessons because he loves his wife and knows if he’s the same controlling, but detached partner that she’ll bail on him. But, just when he thinks things are all hunky-dory and they’ve headed to the Catskills for their all-summer vacation, his terrible daughter and her career choice rears its ugly head. And that just sets off a chain reaction in Abe’s life as things go sideways bot professionally and personally. And! And… his son isn’t who he thought he was either! Plus, people have been seeing him in his Jack Lalanne unitard, which is just the icing on the cake.

Anyhow, Midge’s standup career gets on track. And so does her love life. Her estranged husband — who goes to the same Catskills retreat as her family — is somewhat of a pariah until he turns things around, but still loves Midge and is kind of bitter that he’s being held accountable for being a terrible husband. Susie looks like she’s headed for hard times, but then things even turn around for her. But she’s harboring a secret! It’s all just a giant sitcom conundrum.

Some of the schtick gets old, for sure. At times you can see the writing on the page a little too much when they go for obvious setups, but the show is still breezy and entertaining. I like that they got out of NYC, just to give it some variance. I like that they’re not afraid of making Midge into a bit of a selfish asshole. Though she also bends toward a caricature at times. Leaving Abe, once again, to really be the emotional centerpiece. A man who thought he knew everything and was completely in control, but figures out episode after episode that nothing and nobody is who he thought they were. His daughter, his son, his students, his co-workers, his friends, his benefactors. Nobody. And it’s fascinating to kind of watch his world come crashing down around him as everyone else goes about their business. Things are looking up, but not everything is sunny at the core of the comedy universe.