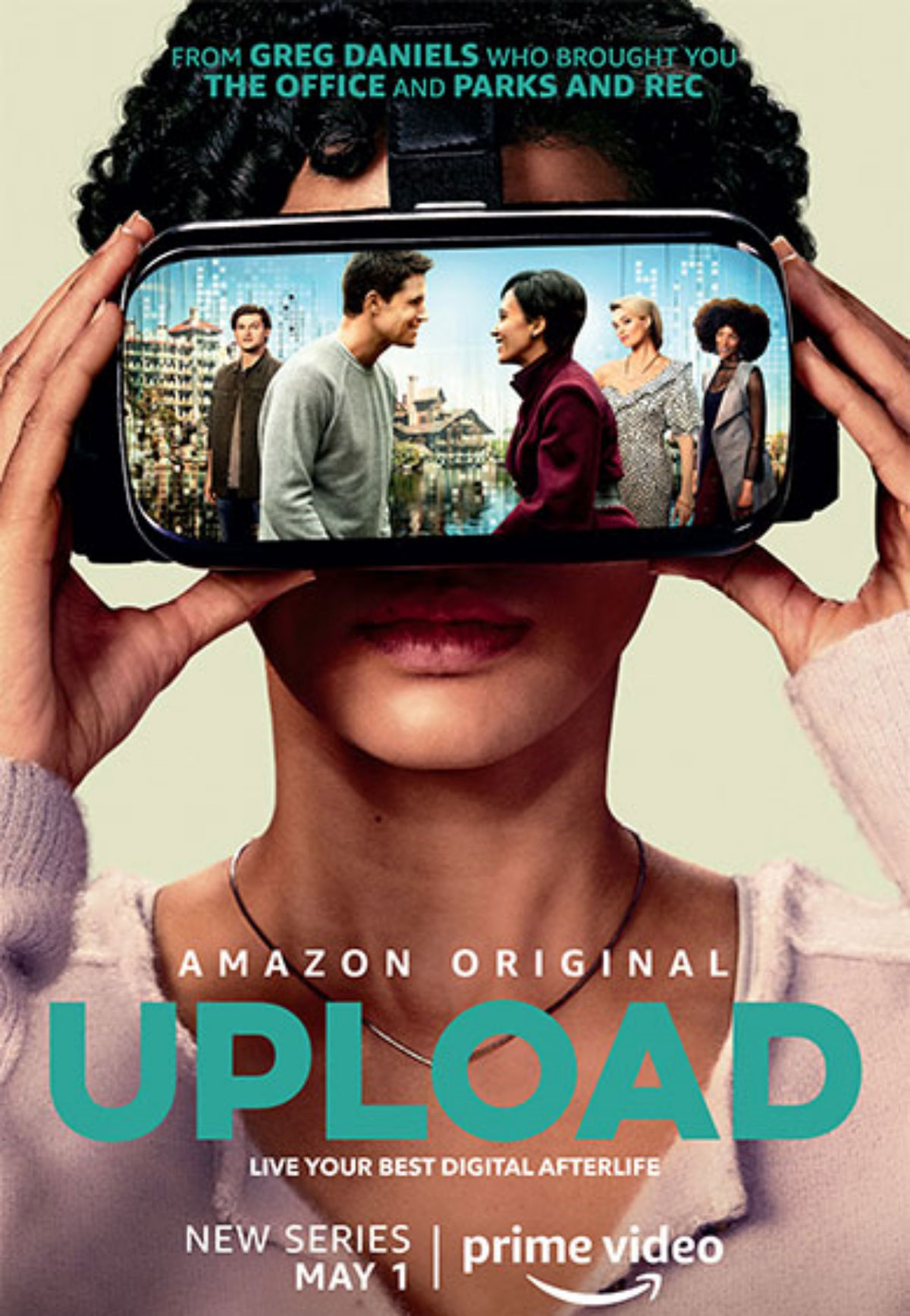 I ain’t gonna lie. This show is kinda trash. Worse yet, it’s unoriginal trash trying to pass itself off as original. First, the name: Upload. I mean the guy who created The Office and Parks and Rec, Greg Daniels, created this, so titles aren’t exactly his thing. And, yes, I know The Office already existed. But Upload has terrible SEO and is just a lame name for an equally lame show.

Second: this show has already been done. And to watch it, you’d think Daniels has never seen the “San Junipero” episode of Black Mirror. Thee most popular and well known of all Black Mirror episodes. Or never saw The Good Place. Oh, wait! The Good Place was created by Mike Schur. Who was a lead writer on… The Office and a co-creator of Parks and Rec. with fucking Greg Daniels. It’s almost as if he’s challenging Schur to see who could make the better afterlife series. Hint: it’s not Upload.

Third: we are told that this is a comedy. Or at least that is what it purports to be. And, yes, I know it deals with death and the digital afterlife, but it is essentially a sitcom. One that forgot that the “com” part of the word stands for “comedy.” Because it’s not funny. It’s not as if it head fakes, though. It’s not like one of those movies where the trailer looks like a light romp that ends up being about someone dying horribly of cancer (because we’ve all seen that). No, it thinks it’s funny. But there are barely three laughs in the whole season. Many of the gags are of the visual variety — futuristic gags and AI pratfalls — but they are super-dumb. And the dialog, despite this being the future, is very dated feeling. Like a bad episode of Friends, but with the jokes edited out.

Look, I do admire the fact that they tried to put together a show without a “big” star or really anyone I’ve ever seen. The actors themselves are decent and are compelling on screen (especially female lead, Andy Allo), but the scripts they’re given to work with are flat, repetitive and trite. It doesn’t help that they’re acting with VR on their faces for parts of the show and relying on talking on screens for the other parts. The high concept of the show just gets in the way of the emotion and connection to the characters — some of whom are nothing more than cartoons. Literally and figuratively.

I’ve gotten this far without describing what actually happens in this show, but you probably get the idea. When people are on their way out, they can have themselves uploaded to the digital world. Depending on how much you pay, you get to live in the lap of luxury, like our main guy, Nathan (Robbie Amell). Or if you’re on the budget plan, you get to live in what amounts to a blank room with a 2GB monthly limit. It makes sense only sort of. Nora (Allo) is an “angel” at the company that runs the digital world that Nathan is uploaded to. Which basically means she’s a Janet from The Good Place. But she’s a real person in the real world who is essentially a customer service rep wearing VR goggles. Nathan was a dick in his living life. She’s a nice person. As a dead upload he becomes a nicer person in a completely unearned kind of way and Nora falls for him. That’s basically it. An inconvenient love.

The show is repetitive and goofy and, honestly, kind of irritating. There’s just a tonal issue with it that I can’t quite figure out. And maybe that’s because it can’t figure out what it wants to be. It clearly wants to be subversively deep like a Groundhog Day, but ends up feeling more like a confused Ghostbusters II. Could you play it in the background while avoiding work Zoom calls or clipping your dog’s nails? Sure. But to pay attention to it and watch with some semblance of attention will probably leave you with the same ick feeling I had after getting through the ten episodes of blah.