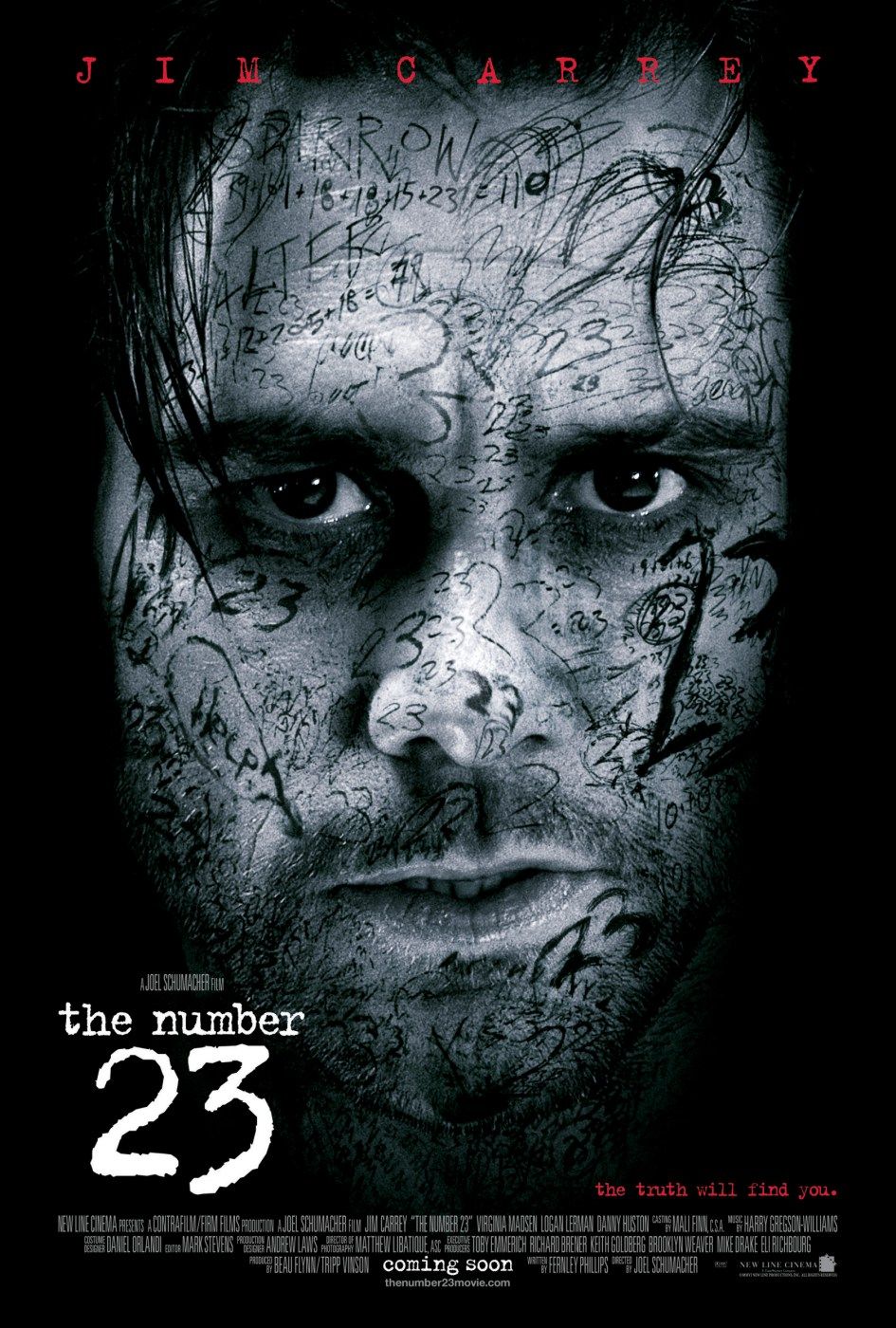 Do you ever watch a movie you just know is gonna suck? You ask yourself, “How bad could it really be?” The answer is: about this bad. One of the biggest issues the movie has isn’t the terrible plot, awful direction or dreadful dialogue, but its star, Jim Carrey. There’s just no way to divorce the guy who talked out his butt in Ace Ventura from the douche in this movie. It’s Jim Carey playing the dual role of David Sparrow, the douchebag with the really subtle name, and Fingerling, the other douchebag with the name you just don’t even want to say out loud. Sparrow is a guy in the real world, Fingerling is a guy in a book about the number 23 that Sparrow’s wife buys him for no apparent reason for his birthday.

Sparrow, as he reads the book, starts to notice similarities between himself and this character in the story. They are both attached for some reason to the number 23–duh. So Sparrow reads this book about the guy, and our hack director, Joel Schumacher (the worst director on the planet to consistently get work), shows his readings in cheeseball noir flashes, with Carey also playing the character in the book. Madsen, Sparrow’s wife, plays a woman in the book (but with dark hair) and lots of fog and saxophone playing. A bigger hack job there has never been.

So Sparrow, the world’s slowest reader, starts to develop his own fascination/obsession with the number 23, and applies it in all sorts of stupid ways. “I see three dogs on the street in front of a house, whose street number is 29 and a 2007 Toyota is parked in the driveway. Three dogs, 3 plus street number of 29 is 32, minus 9 (2007 is 2+7) is 23!” It was completely moronic.

I think this movie was supposed to be creepy and suspenseful, but all I kept thinking was that Jim Carey was going to burst out into song or something. I do want to say that there is something awesome about this piece of garbage, though. It has possibly one of the best bad ending lines of all time: “Maybe it’s not the happiest of endings, but it’s the right one.” Actually it’s a terrible ending, and it’s completely the wrong one. The right ending would have been Schumacher walking away in shame as Hollywood finally realizes that he is the directing world’s Hasselhoff.