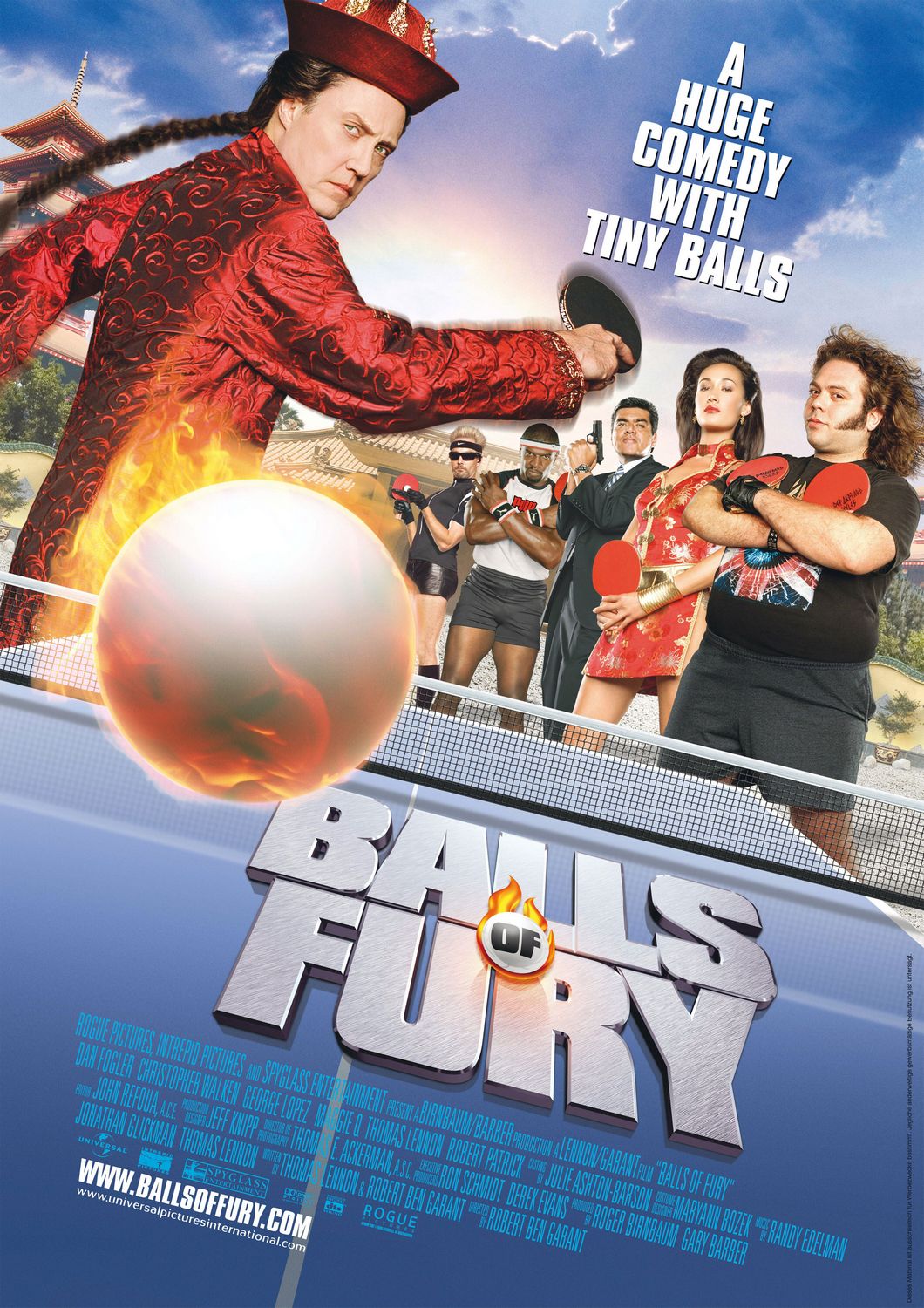 TI think this was supposed to be a comedy. I say “I think” and “supposed to be” because after watching it I drank a gallon and a half of Drano, slit my wrists, flung myself from the roof and then lit the neighbor’s cat on fire using my own fresh bile as an accelerant. Are comedies supposed to make you do that?

So I guess Jack Black wasn’t available. Thus the bizarre and disturbing-looking Jack Black/Meat Loaf clone, Dan Fogler, in the lead role. And I guess there weren’t any writers available (during the strike?), as this script was clearly written by monkeys with head trauma on black tar heroine. How else to explain the complete lack of plot, horrific jokes, awful dialogue and more punches and kicks to the nuts than should be allowed by law. (When in doubt have a little girl hit an adult in the balls–always a crowd pleaser).

This thing is somehow getting worse the more I think about it. With ping pong they’ve now officially exhausted the jokey sport genre (what with the whole string of awful Will Ferrell, goofy out of shape old guy as athlete movies) so hopefully they’ll just move on. Seriously, think about the absolute crap that’s been produced using this completely played plot line. Next we’ll have Andy Richter as a professional beach volleyball stud (Lump, Set, Spike!), Cedric the Entertainer as an Olympic water polo player (Where My Horse At?) and, of course, Jack Black as an X-Games skateboarder (Whole-Pipe or Skate or Die Laughing). Boooooo!