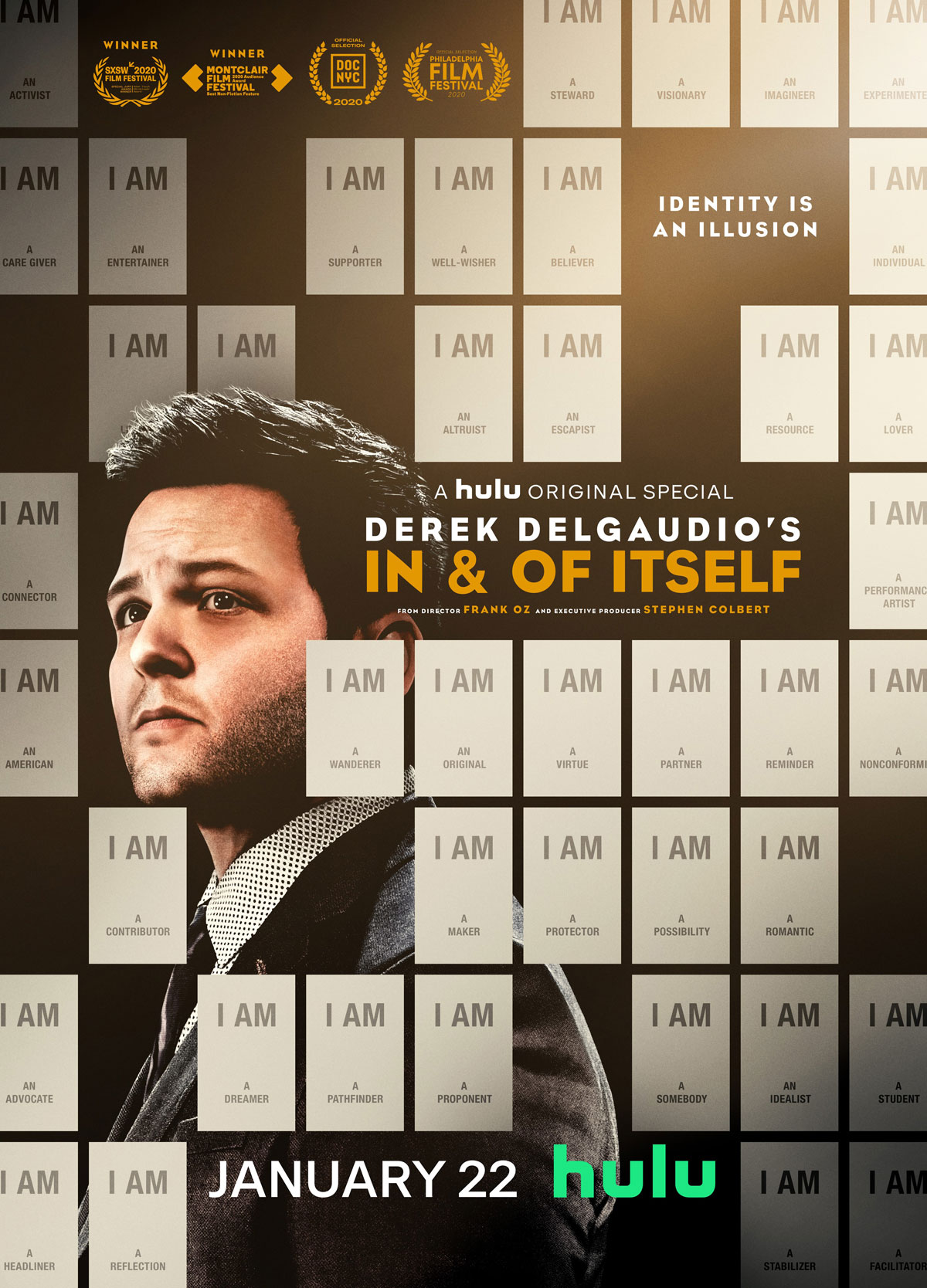 Derek DelGaudio’s In & Of Itself

Magic. Not only is it awesome, it was the theme of my bar mitzvah. Ok, it’s kind of hit the skids since the rise of magic bros like Criss Angel and David Blaine. But, in all honestly, it’s always been a nerd’s game. Yes, magic is dorky. Even if one of the most famous magicians, David Copperfield, broke that nerd curse real hard when he somehow managed to bag the 90’s most famous model, Claudia Schiffer. I imagine Derek DelGaudio followed the careers of these all of these men (who all weirdly grew up in NY/NJ area around NYC) and said to himself: man, I could do that, but I need something different. I need to do magic, but make it a story. Add in some drama that doesn’t involve disappearing the Statue of Liberty or levitating on a Manhattan street.

Instead, DelGaudio came up with this live show, In & Of Itself. To call it a magic show is not even close to accurate. I mean, sure there’s some magic, but it’s really secondary. He’s there to give you an experience. A weird mashup of one-man, off-Broadway play and corporate mind-reading game. Something that if you’ve ever worked for a large or semi-large company involves you and your co-workers sitting in a theater or conference room somewhere while some poor dude makes your boss cluck like a chicken or mysteriously tells you what your favorite NYC restaurant is with just a few clues. It’s a gimmick, really, but an effective one if you just go with it.

Such is In & Of Itself. It’s almost indescribable when trying to put it in a box. DelGaudio tells some stories from his life. We have no idea if they’re true or not, but they’re stories. At first, though, you just kind of assume he’s telling these insane stories about someone else. Like the tale about a dude — the roulettista — playing Russian roulette so effectively that he’s essentially crowned the king of the “sport.” But perhaps this story is really about him. Did this wack-a-doo really go to a foreign country and, out of a sense of desperation and despair, become this almost undead player of a suicide game? I mean, maybe? But, probably not. It’s an allegory. Or is it! The dude is certainly convincing. His stories about the oddly dangerous dudes he learned card cheating from… Real or not? Well, he’s clearly really good at dealing cards and counting cards and doing any number of cheat-y things that if caught in a game filled with unsavory folks would get you hurt. And he shows those skills as part of his “magic.” So, maybe? Unclear if this is part of the play, the biography or the magic.

But some of the stories — including one about growing up as the son of a lesbian mom and suffering horribly at the hands of bullies — turn out to be real. Or at least that’s what he tells and shows us when he points to his mom in the audience and embraces her. But he’s an illusionist. Is she real? Is any of it real? Honestly, I have no idea. And I’m not sure I cared in the moment. Because the dude looks like it’s real. His face wears the scars of all this stuff all over it. And if it’s an act, it’s certainly a good one. And, yes, the guy does some weird shit and uses some fables about dogs and wolves to get across a point that go on way too long. And sometimes his metaphors and parables are a little too esoteric and obtuse to make sense. It’s dramatic and emotional, sure, but it feels like at time he tries to fit a story into a trick, rather than the other way around. So the story and trick don’t really align and I found myself impressed by the trick (especially his card work), but a bit confused by the narrative.

The big ta-da finale of this thing involves the audience. At the beginning of the show, everyone picks a card off the wall that has an “I Am” statement on it. You’re supposed to pick the one that best describes you. There’s only one of each word, and there are way more cards than people. The cards are collected before the show starts and then at the end, DelGaudio walks out into the audience and tells each person who he/she is. In the movie, they edit together a bunch of these finales from his live show, some of which include celebs. Including a crying and shaky Tim Gunn, who is outed as a “good samaritan.” Why he’s so upset by this is beyond me, but that’s human nature for you. And perhaps the biggest trick he pulls off — and maybe some of this can be attributed to Frank Oz’s direction — is making us as emotional as those people in the audience. It really hits somehow. This and the combo of this letter trick he pulls off that is emotional for one particular audience member. I won’t go into it so as to not ruin the surprise, but suffice it to say that the shock and emotion of the trick is pretty amazing. Even if you know it’s somehow a trick. Not one I know how he did — unless it’s as simple as I assume it is — but super-surprising and amazing nonetheless.

Ultimately the message of the show/movie is a little muddy. I think it’s supposed to be that you should never let anyone tell you who you are. And that only you can choose who and what you want to be. Which makes sense, except for the fact that people literally label themselves and then DelGaudio walks around and, just looking at the person, tells them exactly who he thinks they are. Which, sure, matches their idea of who they are, but it’s still a label. I don’t know. At least he tried something different. And at least this movie gave us something interesting and thought-provoking, even if it was a little emo and all over the place at times. I really did appreciate it. It did stick with me. It did elicit an emotional response from me. And I think that’s all the show was aiming to do. I definitely cannot promise you’ll like this thing. In fact, I imagine some might downright hate it. But for those who it hits in the right spot — like those who had a magic-themed coming-of-age party — it could be kind of revelatory as a piece of live art.