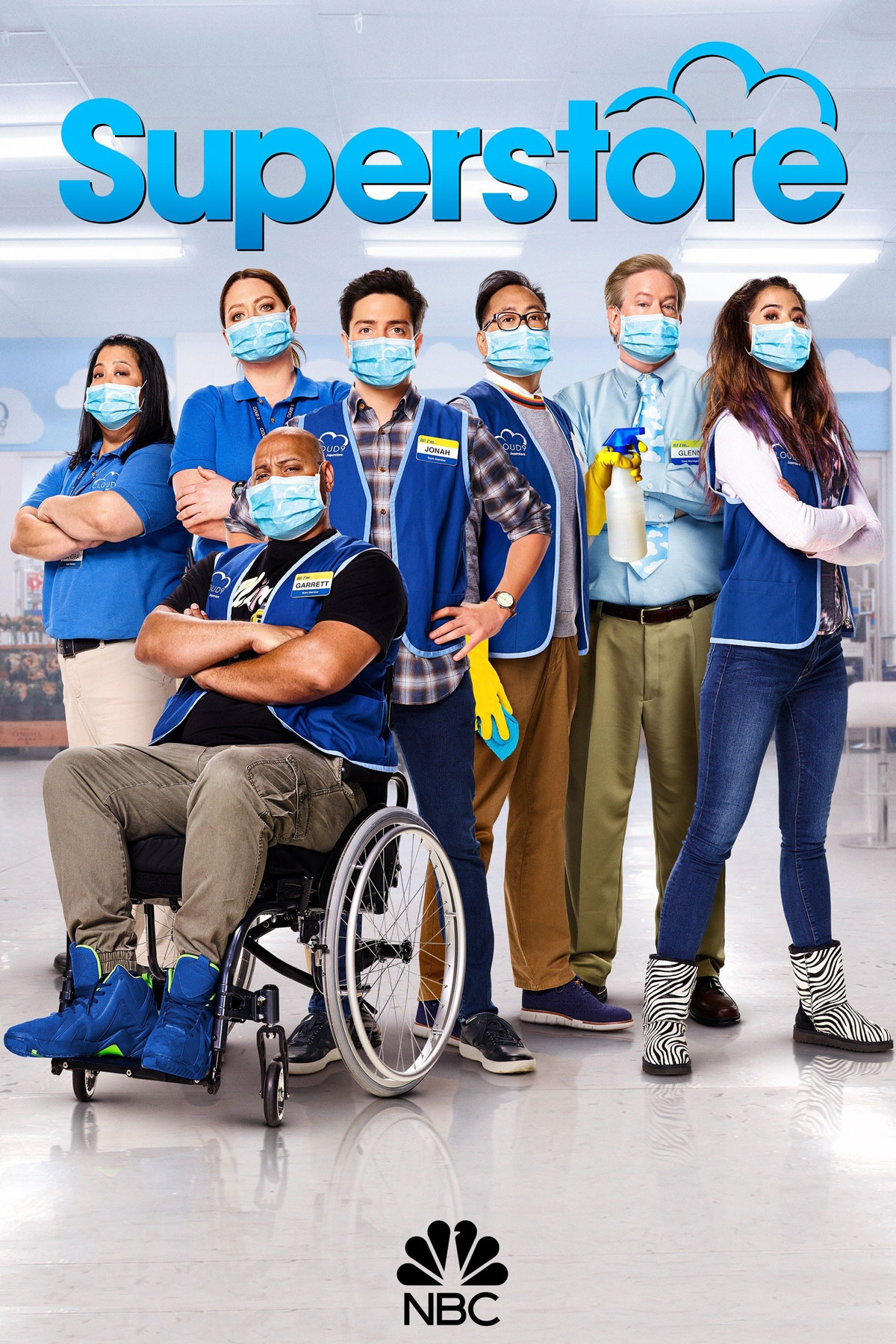 Sometimes you just need an NBC sitcom. One of those ensemble, workplace joints where you know the stakes are low, the joke rate is relatively high and you’ll generally leave each 20-something minute episode with a smile on your face. And, sure, when binged you’ll see the formula roll out across the episodes and the seasons, but it’s somehow okay if these are folks you don’t mind spending that time with. In the case of Superstore, the show’s creators have given us characters that should feel amazingly familiar if you’ve seen any of the many workplace sitcoms like The Office, Parks and Rec, or even a Fox series like Brooklyn Nine-Nine. You can almost map the characters to one another. But somehow, that’s just fine.

The first thing you have to have in your series is the will-they-or-won’t-they main couple. And, as your core, they must be likable and relatable. In Superstore’s case, we have Jonah (Ben Feldman) and Amy Sosa (America Ferrera). They’re our Pam and Jim. If Pam was theoretically the star or main protagonist of The Office. And, like Pam, Amy has her Roy. Her dufus husband, Adam. It’s honestly so like The Office setup, it’s kind of silly. But, hey, if it worked, it worked. People love Pam + Jim, so why not Jonah + Amy. It’s just updated for 2015. You know, a little more, uh, ethnic. So, we’ve established that tension, as Jonah pines for this woman who he develops a deep friendship with, but is unavailable because she’s in a relationship with a dude who is clearly inferior to him and his uncanny valley resemblance to Scott Baio. Which I suppose makes Amy the Joanie in this relationship. Check!

We round out the cast with a mish-mash of workplace sitcom regulars. The dim one. The overly aggressive, intense one. The ass-kissing, climber. The ineffectual manager. The side-glancing, quippy one. The pushover who sometimes explodes one. You’ll recognize them all. You’ll also recognize the surroundings. It’s a large retail store in St. Louis somewhere between a Walmart and a Target. I’ve never personally been in a Walmart, but philosophically this imaginary Cloud 9 company seems to cleve closer to their philosophy. Granted, they also don’t seem to have the grandiosity and powerful presence of a Walmart. Or the “classiness” of a Target. So maybe they’re like K-Mart? We do know that Target exists in this world, and it’s posed as an upgrade over Cloud 9, though I don’t recall any Walmart references. So Cloud 9 is definitely positioned as a third-tier superstore. What else would you expect from a store with “raccoon problem?”

Because the show is a sitcom, each week is essentially set up in a similar fashion. We get a glimpse into the employee meeting, always held in the break room, with the manager, Glenn (Mark McKinney), basically setting up this week’s narrative in his bizarro high voice. While his assistant manager, Dina (Lauren Ash), usually trolls him with her stern gym coach energy. This mechanism is used to announce sales contests. Halloween costume parties. People’s birthdays. Employee breakups. Whatever it is we, as the audience, are being setup to watch for the next 22 minutes. It’s a decent mechanism for setting the table and helping kick off the theme for the week. Binging, of course, reveals that this is super-formulaic, but it’s fine. While this is a sitcom where we have the week-to-week plot lines (based mostly around holidays, goofy workplace stuff, natural disasters and whatnot) there is also a through-line around inter-office relationships and career ups and downs. There are also some tertiary things that crop up season-over-season around a murderer who chops off people’s feet, the aforementioned raccoons and various other things that they bring back to connect you and reward you for long-term dedication to the series.

To anyone who has watched NBC in the past couple of decades, the jokes will feel familiar. Lots of sex-related stuff. A growing comfort with goofing on the character’s physical and personality quirks. And, in the case of Superstore, making fun of the weird stuff that people do when shopping in these large retail environments. The cut scenes are little five or ten second snippets of extras doing weird or dumb shit in the store. Using the display toilets. Gorging on the food samples. Trying out the grill inside the store. I can’t recall good examples offhand, but do remember thinking someone must have interviewed some folks who actually worked at these places and asked what the strangest/dumbest shit they ever saw shoppers do was. And they stuck them right in the show. It does seem a little bit like punching down, but I suppose the viewers watching Superstore probably don’t recognize that they’re those people. Whatever the case, the show is pretty consistently amusing. They definitely don’t do the multi-cam, or even the 30 Rock machine-gun joke thing, but rely more on amusing interactions between quirky characters. And then bring in characters like Cheyenne’s (Nichole Sakura) boyfriend, Bo (Johnny Pemberton), in to do his weirdo white b-boy act for the energetic laugh-out-loud power. I mean, it’s funny enough that Sakura, who was 26 when the series started, is supposed to be 17, and Pemberton is supposed to be the same age, and was a whopping 35! That makes the Andrea Zuckerman casting on 90210 look like… Well, it’s just absurd.

But, again, the strength of any sitcom is the cast and the characters they inhabit. And they did a really great job with this one. They manage to move the characters around enough to keep things from getting stale, and in doing so give them all arcs that seem reasonably believable. The characters are relatively broad, but they also imbue them enough real-world angst and story to make them believable as human beings. We get to see each character developed and round-out enough that we get to know them (and their fears and desires!) and don’t mind hanging with them each week. Because, unlike a lot of super-broad sitcoms, it’s not all there on the page. We don’t need the awkward expository aside to know what a character is thinking. We’ve been let in enough on their backstories and shown enough to know what they might be feeling. That’s tough to do with a mass -appeal show like this, but I suppose that’s what makes it better than most. Not to mention that all of the actors — especially America Ferrara — are terrific. She’s really the center of the show, so it’s a little odd when she disappears for a large chunk of the final season, but the writers manage the situation the best they can and really land it when it all comes to a conclusion.

I’ve done a bunch of binging of these types of series during the pandemic. I generally want to just have them on in the background for white noise while I’m working. But some shows, like Superstore, kind of suck you in. It’s not high art, mind you, but I do imagine making six seasons of an ongoing sitcom essentially set in a singular location is very tough to pull off. Especially when the final season was filmed during COVID and incorporates it into the storyline. And they really managed to do it, make it as compelling as a formulaic network show can be.