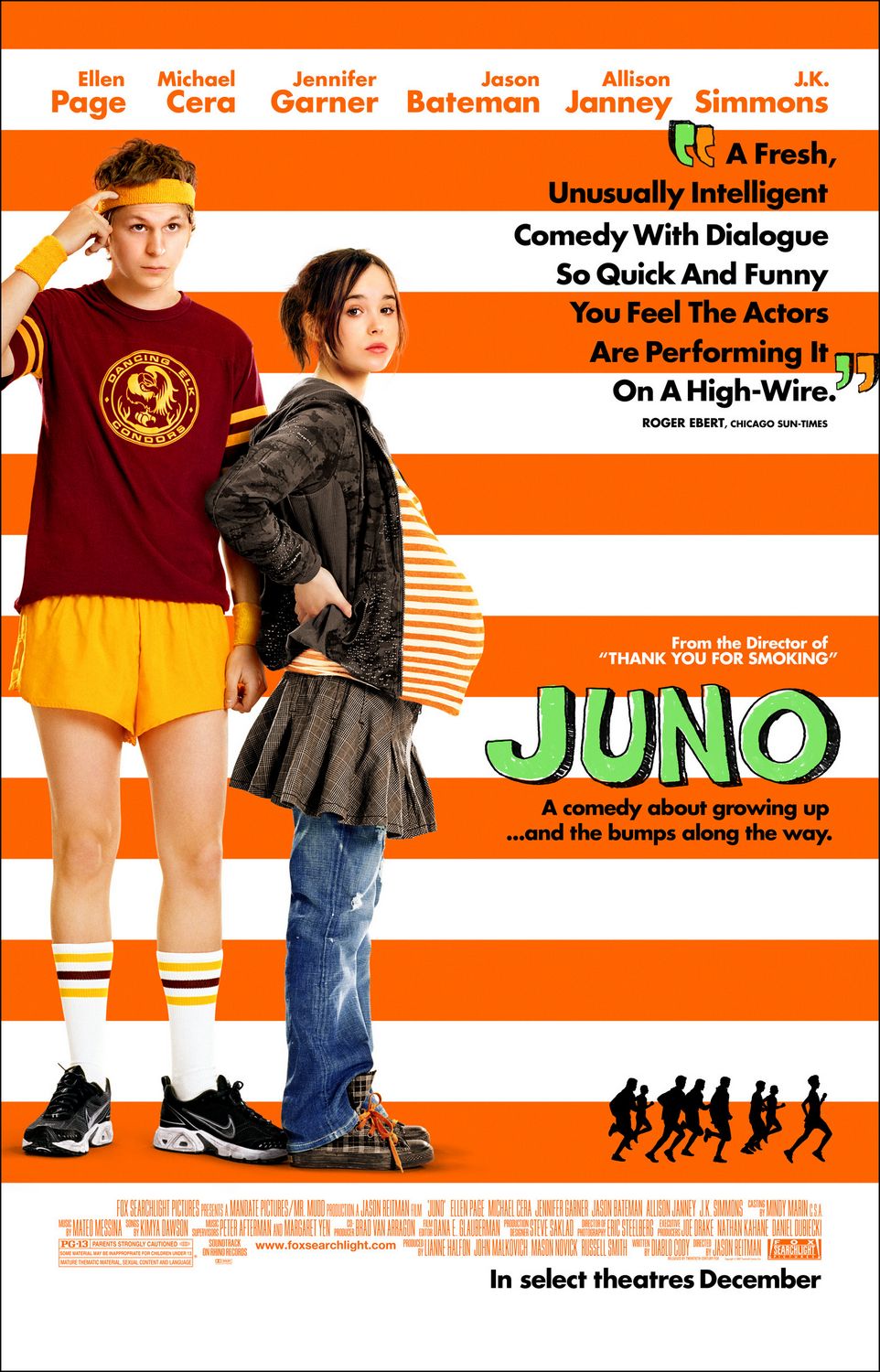 Sometimes I feel like all the joy has gone out of my life. Not my actual life-life, mind you, but my movie-watching life. Movies that seem tailor-made for me fall flat, themes that should set my heart aflutter and my head spinning off its axis (in a good way) just flounder and flop like a trout on Mars. It’s almost, dare I say, intimidating being me. It seems that I can only enjoy films that come out of left field; movies that I know next to nothing about that can get me to hit that extra asterisk character on my keyboard and bestow upon it the completely uncoveted Mr. Hipster star.

So here comes the unstoppable hype machine that is Juno. You have the Academy Award nominated teenager, best selling twee soundtrack and an incredible amount of positive word of mouth promotion. The theme seems a little risqué–until you consider the message. Don’t let the evil butcher baby-killing abortionists have your baby. Instead, give it to a loving family. I’m sure our religious nutjob friends saw past the pre-marital, teenage pregnancy issue (after all who gets knocked up more as unwed teenagers than right-wingers) to the deeper message that abortion is murder and keeping babies is what god would want.

Granted this thing was written by a former stripper, so I don’t think she was pandering to the “Christians” or anything, but these are the same people who twist the words of Jesus so that ‘turn the other cheek’ means ‘god hates fags.’ Now that I’ve digressed by raising a total non-issue, I’ll get back to the movie.

First, the best thing about the film is the performances. Everyone in the thing is spot on. It’s good to see J.K. Simmons not being all whitepower-ish and raping dudes in jail or snarling at Peter Parker. Turns out he’s pretty good at playing a dad. Allison Janney, while still a stork of a woman, is probably the best thing in the movie, playing Juno’s role model stepmother. The praise of Ellen Page is certainly warranted, as she delivers one of those wry performances that is definitely steeped in wisdom beyond her years. And Michael Cera is awesome in his usual awkward bumbling way.

The real push and pull of the film happens between Juno and the Jason Bateman character, the prospective adoptive father of her unborn baby. Juno’s father has a pretty laid back attitude about her upbringing, trusting her to make adult decisions on her own. She has no real insight into how difficult adult decision-making can be, but is instantly drawn to Bateman’s character, who once had the dream of being a rock ‘n’ roll guitarist. Through this they have a shared ambition. She feels in him she’s learning what it means to once be a child and have childish dreams, only to jettison them in favor of adult responsibility. She respects him and in him sees what she hopes is her future self. But, as we know, there is no hero worship without ultimate disappointment. And it is often in those you don’t necessarily understand at first that you find the greatest strength.

I think the overall tone of the film is great, and a lot of the writing is smart and even semi-subtle in places, but the thing sort of falls down in terms of construct. The purely linear manner in which the story is told just feels too conventional for the story. I’m honestly not even sure that’s the exact issue, but something just didn’t completely click with me. It could be the inexperience of a first-time writer, but this thing was just inches away from being a four-star gem.