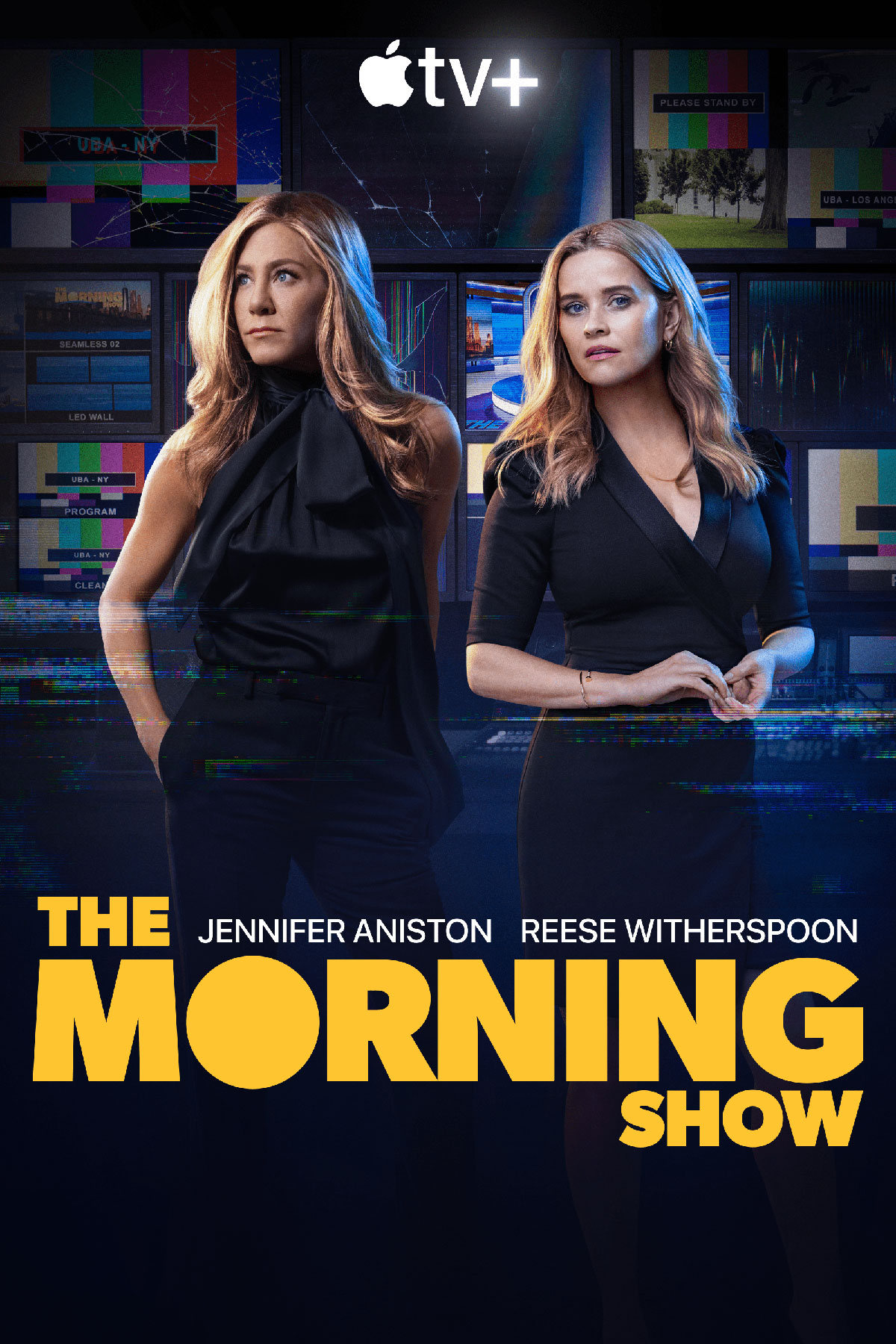 I’m wondering if there is a special place in hell for really high profile, expensive train-wrecks like The Morning Show? I mean, not hell per se. But like the the television version of it. An entire season of TV that feels like a weird, messy appendage to a first season that, honestly, didn’t really know what it wanted to be either. I mean, it drew heavily from the Matt Lauer scandal, but otherwise tried too hard to make statements about s ageism, PTSD, corporatism, representation in the news business and some other stuff. Although I’m not even sure if any of that was true because I was too distracted by evil Steve Carell. That casting was dubious. It left me feeling really blech. Plus the fact they kept pushing a 45-year-old Reese Witherspoon as a “kid” and some fine young thang that was pushing out old-ass Jennifer Aniston. Who is, uh, 52. Yeah, that’s stupid absurd.

Season two picks up where Season one left off. Reese Witherspoon is still in her late 40s and is not, in fact, a “young” person. Carell is still creepy. And Aniston’s character is still an asshole. But we also realize that a show that was clearly filmed during COVID is supposed to be taking place right before COVID becomes a thing. So while we continuously watch scenes of people alone. People with one other person. And people with maybe two other people talk and talk and talk, we get to see what the writers of the show basically dunk on the news people for ignoring COVID as a major developing story. Or something.

The thing is, I feel like the storylines that they do pursue were literally forced because of COVID. Aniston’s character confusingly stages a sick out. The sick out isn’t confusing per se, but the length of it and the strange “I’m coming back, I’m not coming back” do-si-do with her producer, Chip (Mark Duplass), and the network CEO, Cory (Billy Crudup), is just bonkers and nonsensical. But gets her alone in rooms a lot. It’s not clear who is in charge of what and who is going to get in trouble for this big star coming back to this morning show that she, I think, essentially got fired from anyway? And then she flies to Italy, so she and Carell can hang out in a giant house alone. But sometimes with Hot Shots! star, Valeria Golino. Who I really like, but whose random documentary filmmaker who happens to be hanging around the tiny Italian town that known sex offender, Mitch Kessler, happened to run away to is incredibly silly. I don’t even understand what’s going on there.

Meanwhile there’s a burgeoning lesbian relationship between a known lesbian who claims it somehow ruined her career and another woman who seemingly showed no proclivity for gayness prior to the relationship. So there you have your sexuality “hot button.” That same new lesbian character has a drug addict brother who somehow shows up at the network and does a very drug addict-y thing and causes a commotion. And there’s your substance abuse after-school special thing. Of course you have your whole #metoo with the Mitch character and everything that had him holed up in an Italian mansion. Let’s see… There are a couple African American characters who talk about being passed over or not taken seriously because of their race. Bingo! And then there’s a suicide. So, that. I’m sure I’m missing some other “issue” items the show tried to address, but the melodrama and faux Sorkin of it all is overwhelming. There are some scenes between Witherspoon and Juliana Margulies (who, by the way, is three years older than Aniston) that are downright unwatchable. Just eye-rollingly odd and gag-y. It’s more embarrassing than anything.

And I think that’s the major issue with the series as a whole. It’s confused about what it is. It’s ostensibly a pseudo workplace dramedy. But it’s not funny. And the drama is like waaaaay over the top, or else just stupid. Its Sorkin thirstiness has all the volume and none of the cleverness. None of the humor. None of the pizzazz. It feels like a show written by a room full of people, all of whom had their pet issue and wanted to shove it into the narrative, even if makes no sense and overwhelms what is already a weak storyline. I’m trying to think of another show that is so singularly unenjoyable at times. Even the fun I had with Crudup’s twitchy strangeness in the first season has been sapped of its sunniness. It’s sour and uncomfortably amped up in all the wrong ways. There are some decent performances in the quieter, less “dramatic” moments, but other times it feels too much like characters are throwing themselves around and windmilling like lunatics. I’m surprised, frankly, that some of these professionals let this thing degrade to the point it did. But, hey, it’s a paycheck from the world’s fourth largest company by revenue. And maybe sometimes that’s enough.