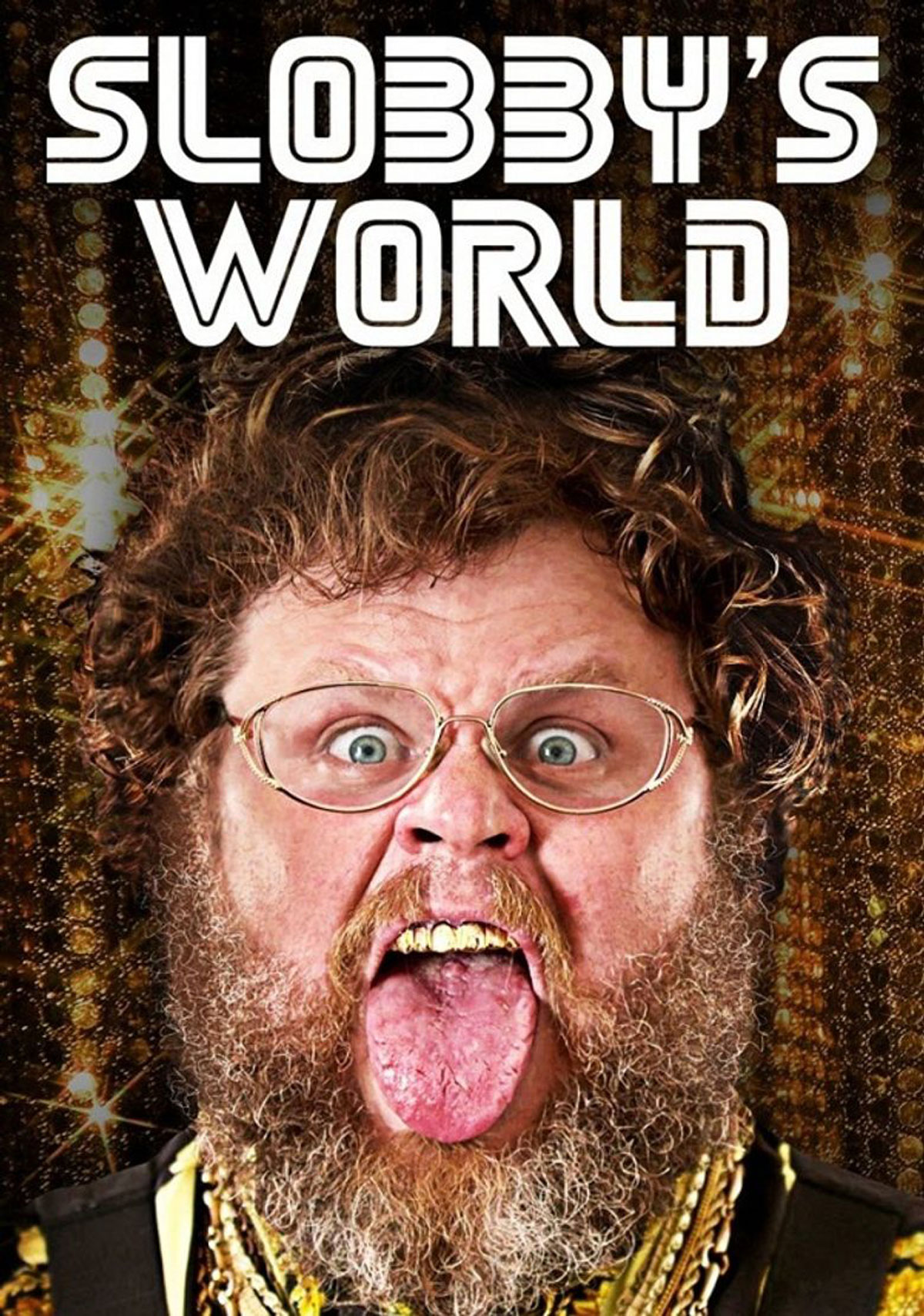 Sometimes we do things for our offspring. Things like watching a reality TV show about an obnoxious stoner in Tuscon dressed in oversized 90s throwback basketball gear, white socks and slides who sells overpriced schlock to dumb, privileged millennials. Hipster Jr. is not, in fact, a millennial, but is part of what is now generically called Gen Z. These kids are almost as sneaker and Supreme-obsessed as this Slobby character is about vintage Gucci, Louis Vuitton and MCM.

And bootlegs. And fake shit. Because, as Slobby constantly points out, there is actually a difference between something that is bootleg and something that is fake. This can apply to clothes or toys or anything that is branded. Bootleg stuff seems to generally be homemade or done in smaller batches by “fans” of a brand, or someone who basically makes “original” pieces using the logos or materials from a brand. So, if you were to pick up a Chanel handbag from the 90s that was like 20 different colors of wacky Chanel logos, that would be bootleg. Because, I suppose, nobody in his right mind would think it was real. Fake is probably more mass-produced and is meant to copy a real product, but often uses inferior materials or has inferior workmanship. This is about where the learning portion of the show ends.

It’s unclear how old Slobby is. His wide-ass head and his mottled tongue do not in any way indicate that he’s a healthy individual, but he claims that the vintage 80s and 90s paraphernalia and clothing items that he sells in his AZ store, Generation Cool, were things he loved and cherished from his childhood. He looks like he’s lived a while, but I have my doubts that he’s old enough to remember a good chunk of the 80s — but perhaps I’m just thrown by his weird pimp gold (which includes chunky rings, ridiculous necklaces and a set of gold fronts) and head-to-toe tattoos, which generally isn’t a Gen X move. He does, however, talk like the world’s biggest moronic West Coast stoner, with every sentence going something like, “Fuckin’ bro, this fuckin’ thing is like fuckin’ dope, bro.” This “fuck” every other word is pure Western-US stoner, but the constant use of words like “dope” and “bro” do not read like anything but someone born after 1981.

The weirdest part about the show is that Slobby and his crew kind of give up the game. They expose their constant trips to Goodwill to pick up old, discarded Ross Dress for Less and Marshall’s t-shirts and jerseys for three bucks that they then resell in their shop to unsuspecting suckers for $75 – $100. They show themselves shamelessly misrepresenting their markup to “good” customers and people they trade with. “Bro, I need to get like fuckin’ $250 for this to make anything on it. Yeah, bro, ok, I can let it fuckin’ go for $235 because you’re my best customer and shit.” Then the chyron lets us know that this amazing fake, ugly-ass Gucci knockoff sweatshirt is just some piece of shit Canal street garbage that was probably $15 new in 1997 that he picked up at a garage sale for $2.50. It’s kind of obnoxious and makes you wonder why he’s not concerned these people will actually watch the show and maybe throw a trashcan through his store window. Also, I’m unclear why he’s allowed to have a store full of what amounts to — in a bunch of cases — gear that breaks every copyright law on the books. He does have a bunch of real stuff as well, but he’s seemingly most proud of the bootleg shit. Maybe it being used (I refuse to call that stuff vintage) makes it okay, but it just seems weird.

But Hipster Jr. was fascinated. I got really sick of the word “bootleg,” but used it as a teachable moment to point out that habitual weed smoking will indeed retard brain function no matter what your dumb, vaping buddies and their hippie parents tell you. I also pointed out to him that Arizona is, in fact, nothing but 320-pound tattooed idiots in jungle-pattern male onesies and Adidas flip-flops. Or XXXL Phoenix Suns jerseys and giant Dallas Mavericks gym shorts. It’s a white-trash shitshow. Of course, Slobby is on it. This guy is not, in fact, an idiot. He’s not a dufus in rotating Champion athletic apparel. I mean, he is a dufus in Champion athletic apparel, but this is a guy building a persona. A guy who has somehow made swap-meet Polo gear a fashion trend. Who has taken what amounts to cast-off recycled trash and attempted to call it vintage and make it “cool.”

And on occasion he’ll even break from his stoner character and have a moment of clarity where he uses a couple SAT words with no “fucks” between them. He’ll espouse some pretty clear knowledge about fashion or design or any number of very targeted areas of knowledge (including actual vintage sneakers). You don’t even realize it until you notice that there have been no cusses for like 90 seconds and his eyes clear and he stops playing with that rat’s nest on this head and is the business man who has managed to make a business out of bilking other dumbasses out of their parent’s hard-earned cash. But then he slips right back as if he’s made a mistake by proving he actually knows what he’s doing.

I’m relieved to know from Hipster Jr. that none of this stuff will ever be popular or cool in this area (save some Supreme/Louise Vitton sweatshirt mashup thing Slobby buys), but he isn’t the target audience. His customers seem to almost exclusively be female DJs and U of A party girls who want to dress like what they think their parents dressed like back in the day. Little do they know that I went to a dorky-ass, all-boys high school in LA and totally remember the math nerds rockin’ the Polo rugby with the giant P-O-L-O across the front. And I remember walking through Chinatown in 1995 and seeing those Chrsitmas-colored, puffy Gucci sweatshirts hanging by the dozen above the salmon-colored plastic bags right next to the dried squid and wondering who in the hell would ever wear anything so impossibly ugly. Twenty years on, now we know.