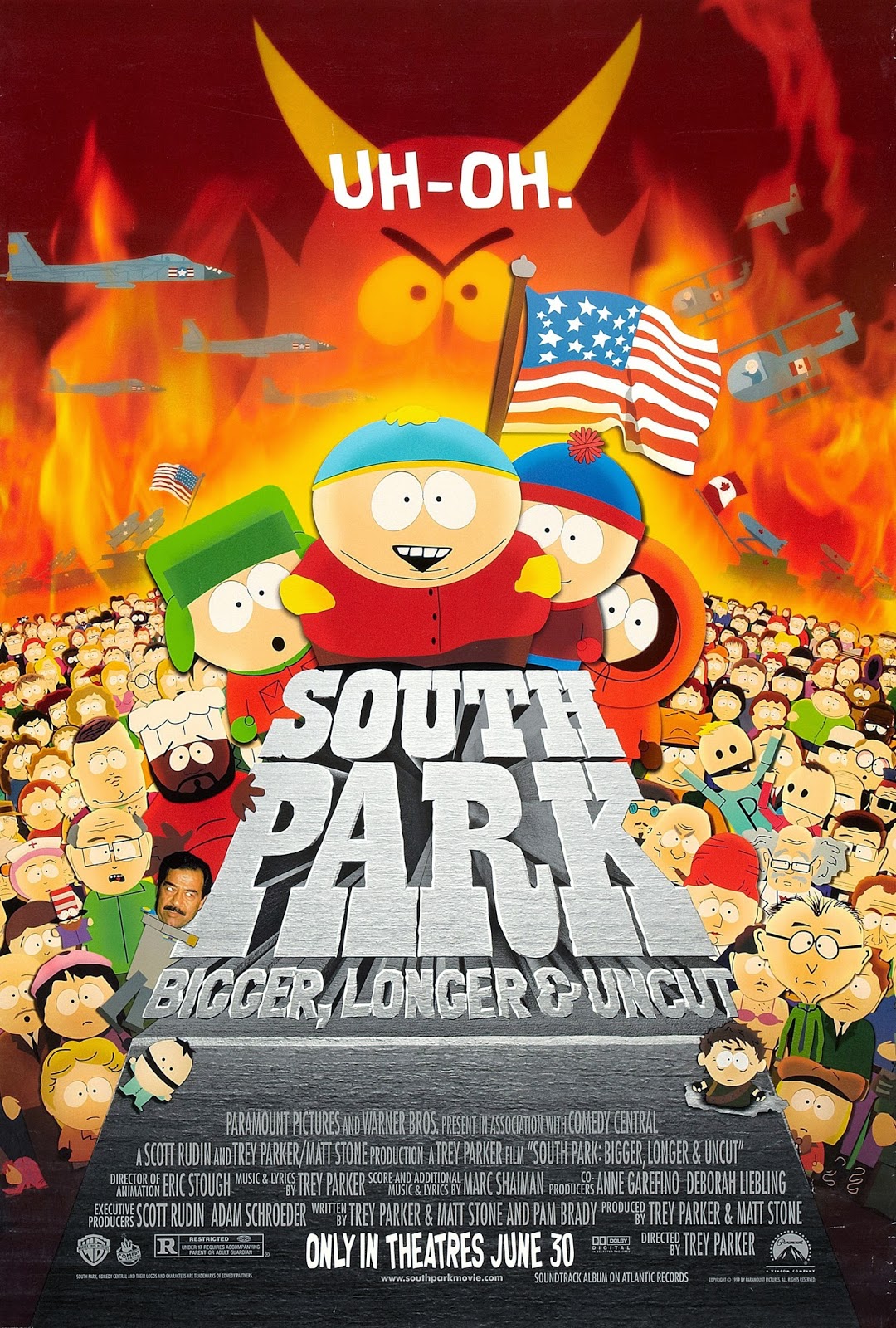 Offensive doesn’t even begin to describe this cartoon. Funny also doesn’t do it justice. I think the most enjoyable aspect of this “film” was the fun tingly feeling I got thinking about the minister who was sent by his local parishioners to review the film for his right wing, sexually repressed, fascist meeting group and website. When the little French kid calls G-d the “biggest bitch of them all,” I could just imagine him scribbling in his notebook, ready to damn Hollywood to hell and send boycott letters to Paramount, the theater chain and the Mars company for selling candy in a movie theater that shows such filth. Sometimes I am incredibly embarrassed to be living in America.

I knew this movie would be another source that would make me blush when I read all the reviews in which adults called for the head of the film makers who would dare have Saddam Hussein have anal sex with Satan (and that shite was f-u-n-n-y.) Not being a big follower of the TV show, I figured I wouldn’t really enjoy the movie. Now, I am almost tempted to tune in just to see Terrence and Phillip, who are the funniest Canadians I have ever seen (even funnier than Michael J. Fox!) Their song “Uncle Fucka” made my spleen throb with laughter.

Actually, the songs were some of the best things in the movie, with Satan singing a lonely, sad song that made that “Pappa Can You Hear Me” song from Yentl seem like a high-school football cheer. Yes, the word fuck can get a little repetitive, but just when you think the movie has outlived its thin premise, the creators pull a great gag out of their hat. I did see the movie for free, so that may have influenced how much I enjoyed it, but I found myself unable to stop talking about it for days afterward. Somehow when I tried to describe scenes to people the next day, they didn’t think they were funny, but I can’t do the bizarre voices or really tell you just how funny it is when Eric Cartman sings “Kyle’s Mom is a Big Fat Bitch” in his scary, gerbil-alien voice.