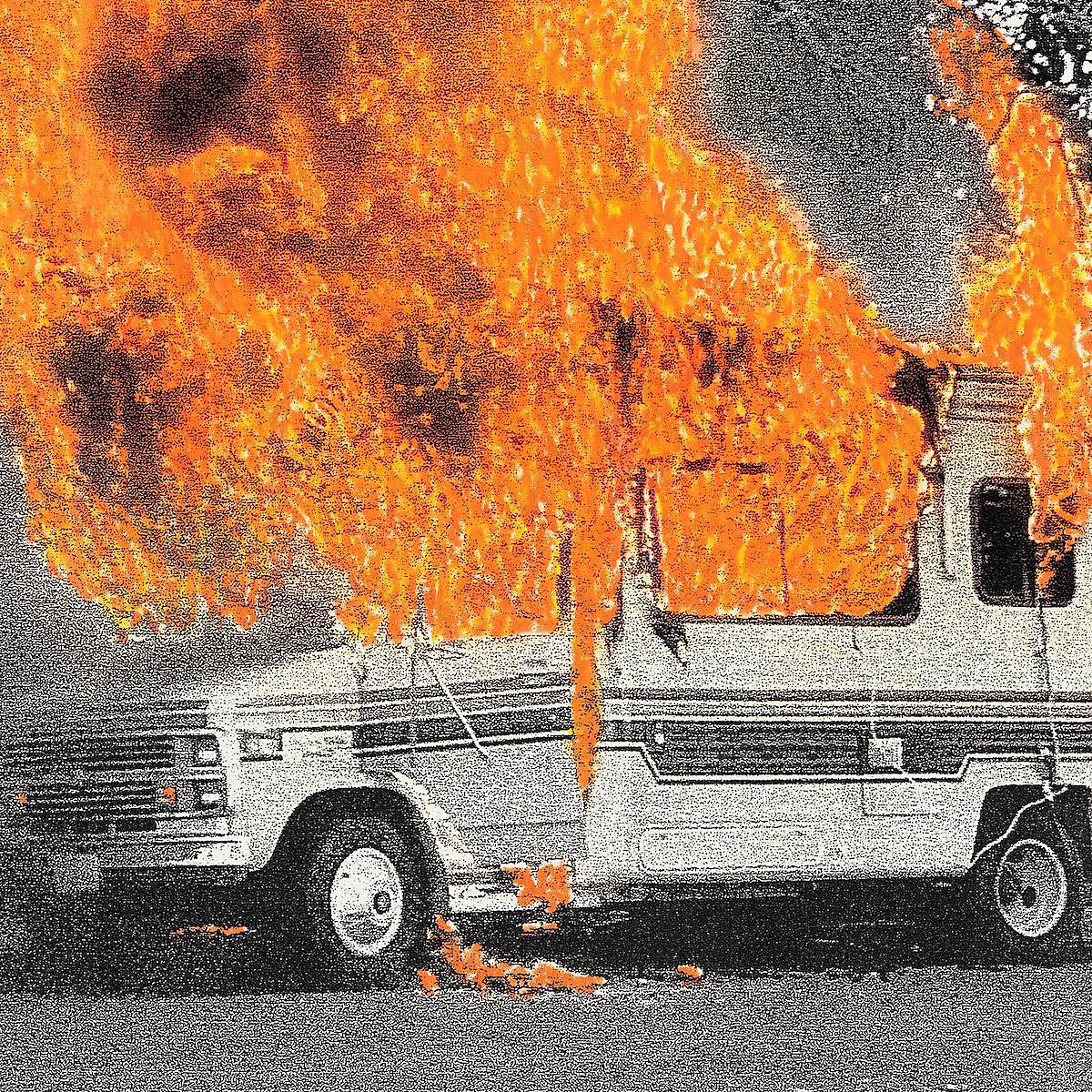 Militarie Gun: All Roads Lead to the Gun (Deluxe)

Seems all I review these days is post-hardcore stuff. Perhaps it’s my mood heading into the new year. Or perhaps — with the exception of the old-ass bands still making music in 2022 — this is what constitutes real “rock” music in this decade. Otherwise it’s all bleeps and bloops or whatever you call that Glass Animals nonsense. Despite all of that, Militarie Gun come in with a very aggressive band name and album title, All Roads Lead to the Gun, but somehow explore the softer, more melodic side of the genre. Oh, there’s still raw-throated screaming. And a punk attitude. But underlying it all is a melodic sensibility that can sometimes be overwhelmed by that same aggression in other bands of their ilk.

First, I had no clue that this band shares a guitarist, Nick Cogan, with the last album I reviewed by Drug Church. Sure, both bands are in the same mold, but I told you that it seems everyone who isn’t a nutless synth band is these days. This album actually has guitar riffs, which is nice. It’s not just all wall-of-sound onslaught. Even when on songs like “Don’t Pick Up the Phone” the lyrics consist of a few simple sentences of kind of vaguely paranoid, drug-fueled nothing, the music has a verging-on-lovely little lilt in the background, and enough variation in tempo and riffage to offset the obtuse subject matter.

Again, not being a lyrics person, I’m certainly helped out by Apple Music exposing the lyrics to me. Seems lead singer, Ian Shelton, either has some serious issues, or he just loves to sing about addiction, anger, homelessness and abandonment on tracks with titles like “Fell On My Head,” “Stuck In a Spin” and “Big Disappointment.” These ain’t no love songs. I don’t have any experience with Shelton’s previous band(s), but I understand they’ve always been pretty intense affairs. So perhaps this is him letting loose? Whatever the case, there is fun to be had here. Fun being a pretty loaded word, I suppose. But it’s not all dark clouds and fire as far as the music goes. There is a playfulness on some of these tracks, especially when it comes to the drumming. Which is next level “fun.” You can almost feel the dude having a good time, mixing up beats and techniques from song to song. Again, something that a lot of post-hardcore stuff suffers from; the samey-samey pummeling from track to track. Variety is the spice of life, right?

Speaking of, the album ends with two tracks on which a band called Woolworm guests. The last track of which sounds almost like a Ben Lee song. An interesting and unexpected turn. But perhaps the future of this band? Or at least a direction they could lean into a little bit. It could be one to watch. But for now, this is an oddly addictive album and one that anyone with an interest in modern rock music should add to their list.