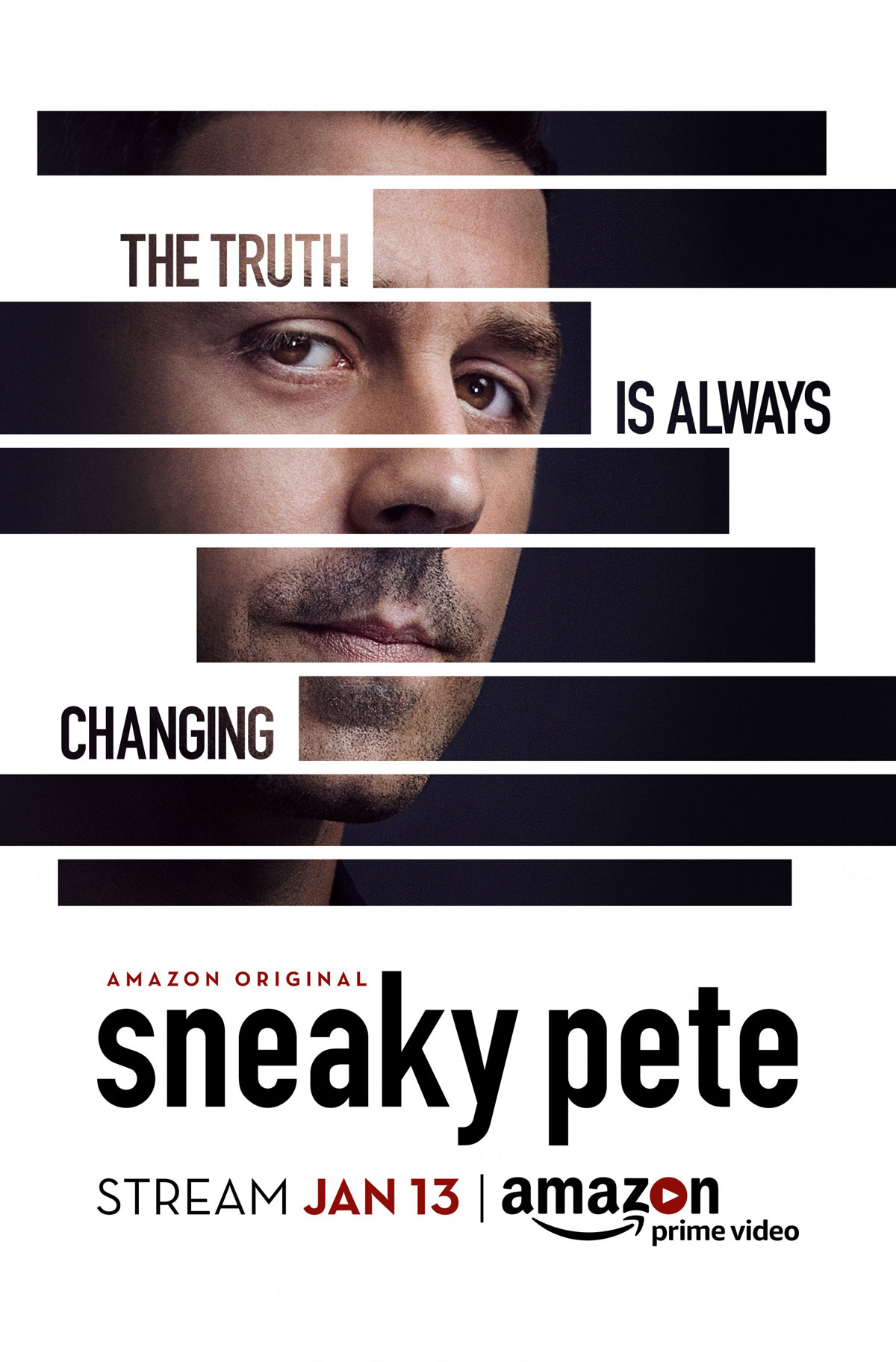 I first watched Sneaky Pete when it was one of Amazon’s pilots. It had some potential, but felt way too traditional and safe. Some of the other potential series pilots were certainly edgier and had higher ceilings. Sneaky Pete didn’t aim for much other than to be a vehicle for Giovanni Ribisi and some other folks who are vaguely familiar character actors. And a narrative that is practically a direct lift of the lovely 80s Jon Cryer flick, Hiding Out, or a less interesting Witness. Or maybe a less-Jewish Yentl. I’m sure there are other examples that are closer to what’s really going on here, but you get the idea: criminal gets out of jail owing big money to those he ripped off on the outside and proceeds to hide out amongst the normal folk, pretending to be someone he isn’t in order to avoid the bad guys who want their damn money.

So, Ribisi is a relatively petty criminal. He pulls scams. He’s a con man. One con went awry and landed him in jail. He shares a cell with former 90s goofball heartthrob, Ethan Embry (the second Rusty Griswold in the Vacation series and star of second-wave teen classic, Can’t Hardly Wait). It’s this relationship that is at the crux of the entire series — and, unfortunately for the show, makes not that much sense. Embry’s character is a talker. He talks and talks. And occasionally Ribisi’s character, Marius, listens. What ends up piquing his interest is the fact Embry’s family — his grandparents specifically — is into “bonds.” Always looking for a con, he makes the relatively arbitrary decision that upon his impending release that he’s going to go to their house, pretend to be Embry (the actual “Pete) and scam them out of their “bonds” to pay back a debt to the bad guy, Vince (Bryan Cranston), he went to jail to try to avoid in the first place.

So he follows through with it. He gets out of jail and shows up at the family’s house. Never mind the fact that Ribisi is four to five years older than Embry, but he’s a good four inches shorter and the grandparents somehow don’t notice this. Old people, am I right? But then the cousins and the childhood friend (who is now a local cop) also somehow don’t notice that he isn’t, in fact, the same person. They try to play it off that they haven’t seen them in a bunch of years, but we’ve all seen Ribisi and Embry for years now, and there is absolutely no confusing the two of them. They could have just held an old photo up to his face and realized immediately that he’s not who he claims to be. Anyway, we’ll ignore that for now and just pretend. Reluctantly so, but we’ll pretend. For poor Marius, though, it turns out the family isn’t into “bonds” but into “bail bonds.” Imagine his surprise that there isn’t, in fact, a safe full of finance stuff, but rather a family with a low-margin, local business that would seemingly provide little in the way of a financial windfall.

But he stays anyway. Yes, he continues the ruse, always worried that they will figure out his true identity. But why? Because, at a level that isn’t fully explored in a great way, he falls in love with the family. Literally in one particular way, but he finds in them people who he clearly didn’t have growing up. Thing is, he’s a thirty-something dude (who is actually a forty-something dude) who really should have theoretically been over it at this point in his life. Or at least more practical — given the episode by episode machinations he goes through to keep his true identity a secret — in his approach to gathering money to pay off his debt to the the evil underground-casino-running Bryan Cranston. Did we mention that Cranston has Ribisi’s brother captive, using him as a dealer in the aforementioned casino and as a bargaining chip to get his money back? And peripherally has a former girlfriend/business partner also kind of, sort of captive in the same casino as a hostess/girlfriend of sorts? Convoluted doesn’t even begin to cover it.

So… We have Ribisi struggling to make money to pay off this gangster who has put a clock on getting paid back or he’ll off Ribisi’s brother. Meanwhile, Ribisi — who is supposed to be this awesome con man — is wasting his time hanging around a dying enterprise hoping some money will come out of it. Maybe he’s just bad at his job. Or maybe the writers of the show, which started off as a pilot in Amazon’s pilot season, hadn’t really thought through the main conceit of the show when they came up with the core idea? They try to throw in some small cons here and there, and some twists that are kind of 101 sleight-of-hand stuff, but it all comes back to the fact the whole idea that Ribisi’s hanging out with this family makes no sense. It’s also obvious when, mid-season, this thing just kind of bogs down with Cranston kind of being the generic bad guy and Ribisi looking forlorn and shifty (can he play anything else?) while trying to figure out how to keep his brother alive for several episodes in a row. The whole narrative seems to hiccup and restart several times as it clearly wastes time to get to the final con in the denouement. That all said, the show is well-acted (though it’s really hard to watch Cranston spout rote bad-guy lines), but the overarching narrative is at times silly and at other times almost groan-worthy. It feels like it wants to be something different than it is — something darker and more dangerous — but comes off as just kind of middle-of-the-road beige and non-committal.