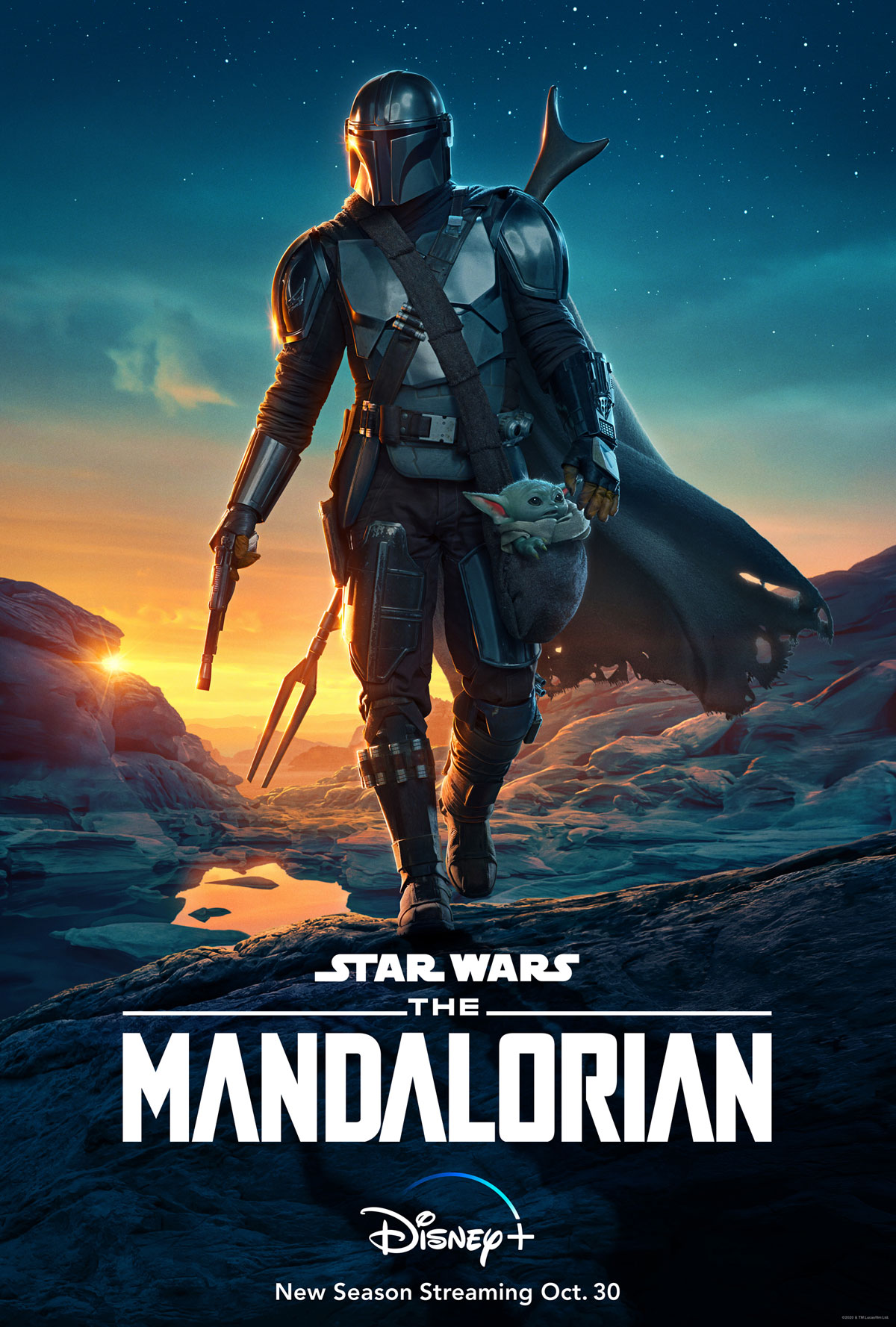 Yes, we all know about Baby Yoda. Unless you’ve been living under an Internet rock, I suppose. But I didn’t get to experience him until we rented a house over Christmas in Upstate New York whose owner has a Disney+ subscription. That’s right, I’m a terrible Hipster Parent who was at my limit of streaming services and didn’t get Hipster Jr. Jr. that sweet, sweet Marvel magic. Because she’d already seen all of those Avengers movies, so why would I? And nobody in the family has expressed an overwhelming affinity for Star Wars. In fact, the whole saga probably means more to Ms. Hipster and myself than either of our offspring. Stupid Gen Zs.

It’s funny. The show itself is super-conventional. It’s essentially a solo version of The A-Team. Every week The Mandalorian (Pedro Pascal) is given a task to complete. That could be everything from breaking a person out of jail to retrieving an object or person of some sort. He is a bounty hunter, after all. In fact, one of those weekly adventures leads Mando (to his friends) to retrieve Internet darling, Baby Yoda. And while there’s an overarching storyline, the focus is really on the go-get-this-go-get-that Western-style machinations. Which — if you think about it — is what all of the Star Wars stories are about. Those pesky rebels were always trying to break into somewhere to steal or sabotage something.

But this is the most entertaining of this week-by-week adventure genre. The visuals are cool. The lore is deep. And the writing is top notch. It’s a little strange that our lead character — who is on screen about 100% of the time — is a pretty deadpan dude under a helmet. He’s softened up by the Yoda puppet, of course, but he’s this gunslinger knight who we see eat a grand total of twice, use the bathroom zero times and just chill very seldom. So, not exactly the most relatable guy. Which in this day and age of show after show about damaged white guys (and gals), I’m actually kind of relieved we don’t have to watch Mando go through an alcoholic death spiral, a series of self-destructive sexual relationships or even wonder on a weekly basis “will they, or won’t they?”

There’s plenty in the series for those Star Wars heads, too. Easter eggs galore, and plenty of characters us Gen Xers will recognize from our childhood action figure collections. Even those useless figures like Walrus Man and Power Droid. Though they do bring back one figure from that collection and make him super-cool: IG-11. Technically the figure was IG-88, but they look to be the same, uh, droid series. It’s that weird, tall thing with the thin garbage pail head that you never knew what to do with as a kid. But in The Mandalorian, he’s an unstoppable bounty hunting killing machine who provides some of the best action scenes in the whole series. A droid who they somehow imbue with a personality and a story. And killer moves.

I gotta say that I’m not a huge fan of the Cara Dune (Gina Carano) character. Beside the fact that Carano herself is kind of a douche with her politics, she’s not much of an actor. And, yes, .I know that the Star Wars franchise was never known as a hotbed of incredible thesbianism (which I think isn’t a thing), but her stilted delivery is more distracting than helpful, and I really don’t quite get what her tough-guy character is supposed to be about. They don’t even seem to take advantage of her MMA background. I mean, she punches some folks, but it would have been cool to see her do some more martial arts type stuff. Especially considering her partner in this might as well be a robot in heavy armor. And is more of a shooting and brute force dude than a skilled karate master.

What I do appreciate about the series is that they clearly put some cash behind it. The fact that they can get this level of quality out of a weekly series is pretty amazing. You keep looking for where they cut corners, but it’s never super-evident. This could have been Caravan of Courage: An Ewok Adventure, but they actually focused on creating a great experience for the audience. Jon Favreau has really stepped up his game since Swingers. They’ve definitely borrowed some of that attitude and sense of humor from the Marvel world, which gives the show some levity and a sense of whimsy that sometimes felt like it was missing in the main Star Wars universe. No galactic senatorial civics here, that’s for sure. And while the episodes did get a little repetitive over the span of two seasons (the similar-ish schemes and the fraught situation of Baby Yoda), there was a definite compulsion to hit the ‘next’ button after each episode ended. But, best of all, I’m really happy they made to decision to keep Baby Yoda a puppet and not use that CGI bullshit. George Lucas may have been a visionary at some point, but his taste and decision making to suck the life out of everything by computerizing it was one step too far. I’m excited for a new season, whenever that comes around.