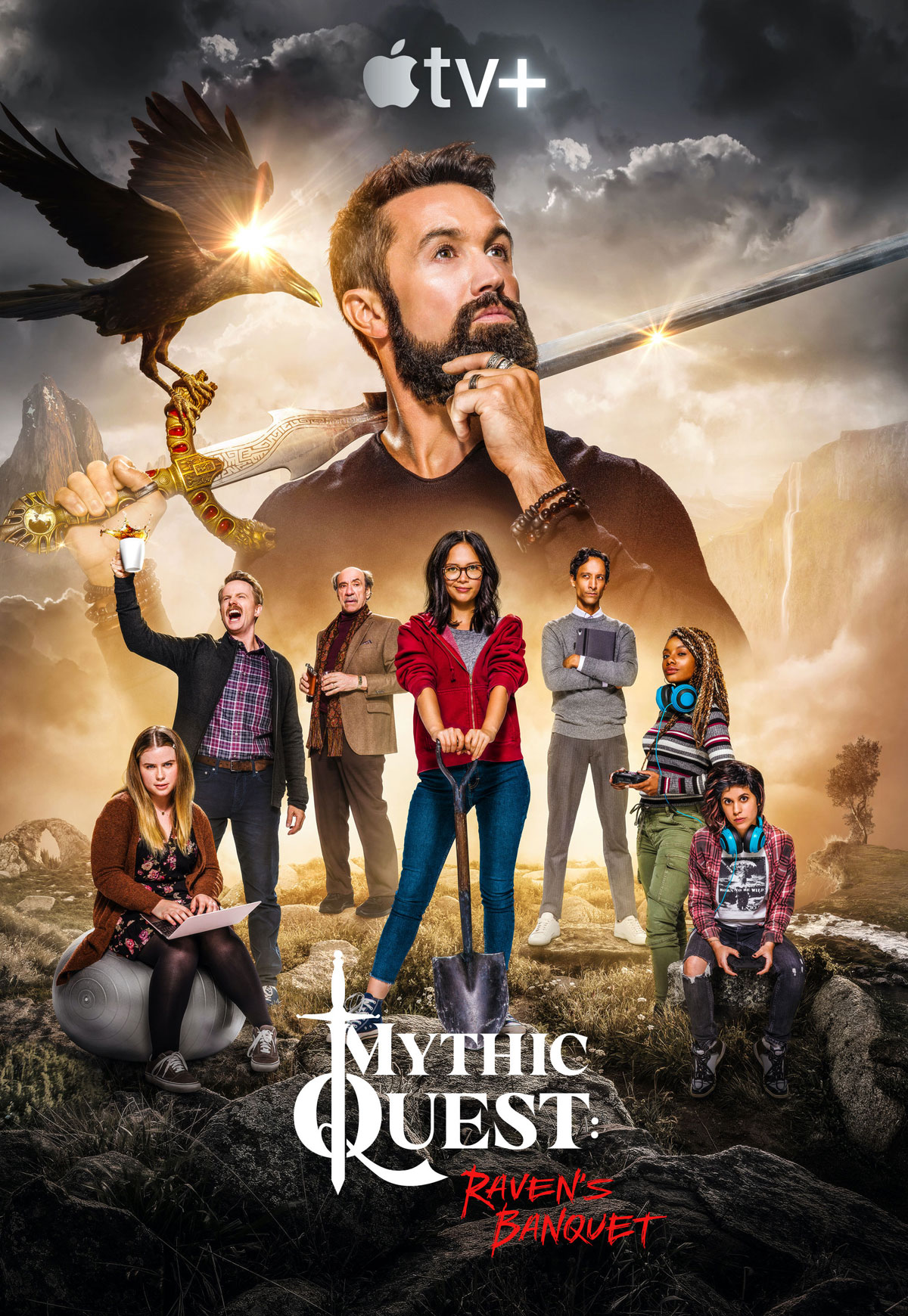 We’ve seen workplace sitcoms of all stripes over the years. Mythic Quest: Raven’s Banquet follows closely in the footsteps of shows like, well, The Office. And Scrubs and Veep and any hundreds of others. It’s a tried and true formula that people — including me — have gobbled up year after year. But a couple of the dudes from It’s Always Sunny decided that the world of video game development was one workplace that deserved exploration. And, in conjunction with actual video game developer, Ubisoft, they concepted and produced the series. Of course if I were Ubisoft and my company was in any way connected to this clownshow, I’m not certain I’d be into it. But dorks be dorks. Or geeks? I can never remember the difference.

That said, this ain’t It’s Always Sunny. I’ve only really seen a couple episodes of that show, but my understanding is that it involves some relatively despicable characters. And that it’s pretty irreverent. Which I believe used to be called “raunchy” by the boomer generation. I’m not sure, after watching a couple of their shows, that Apple TV+ does raunchy. There’s a PG-13 feel to their stuff. Like they’re even too timid to put some FX edge on their programming. It’s all… kind of positive and life-affirming in a modern age of cynical and dark.

And, yes, the game Mythic Quest’s creative director, Ian Grimm (Rob McElhenney), is a typically egotistical control freak. But instead of being a raging misogynist, womanizer or serial killer, he’s a perfectionist who works hard and wants his product to be as great as it can possibly be. And, sure, sometimes his personality can be dismissive of underlings and even partners, but his drive is all in pursuit of the game. Which is admirable, honestly. But also weird. You’re just waiting for him to do something truly terrible, but the show doesn’t go there. And neither does the Apple “network” from what I’ve seen. Which, again, is weird when everyone else seems to be pushing the envelope.

Now there are true ensemble workplace comedies where everyone is on an equal level and the story can run through any character from week to week. And then there are ones like this where there is clearly one leader, the aforementioned Ian Grimm, who is the keystone. Like a Michael Scott type. And though other characters can have their arcs and even their bottle episodes, it always comes back to this one character to kind of bind everything together. I suppose that’s why he’s bigger on the poster.

The series does explore some themes, like women in gaming (or lack thereof) and the economics of gameplay. All through a comedy lens. The thing is, the show isn’t really that funny. There are a couple laughs here and there, and the mood is relatively light, but its’ more entertaining than it is funny. Which I suppose isn’t bad. And that kind of sums up the show: not bad. I imagine if you like video games and are familiar with the world of streamers and game reviews, it’s better than it would be if you don’t. Season two will most likely follow more patch updates of the game and the turmoil of a goofy bunch of gamers. I’ll watch it, I suppose. It’s a good binge for laundry time.