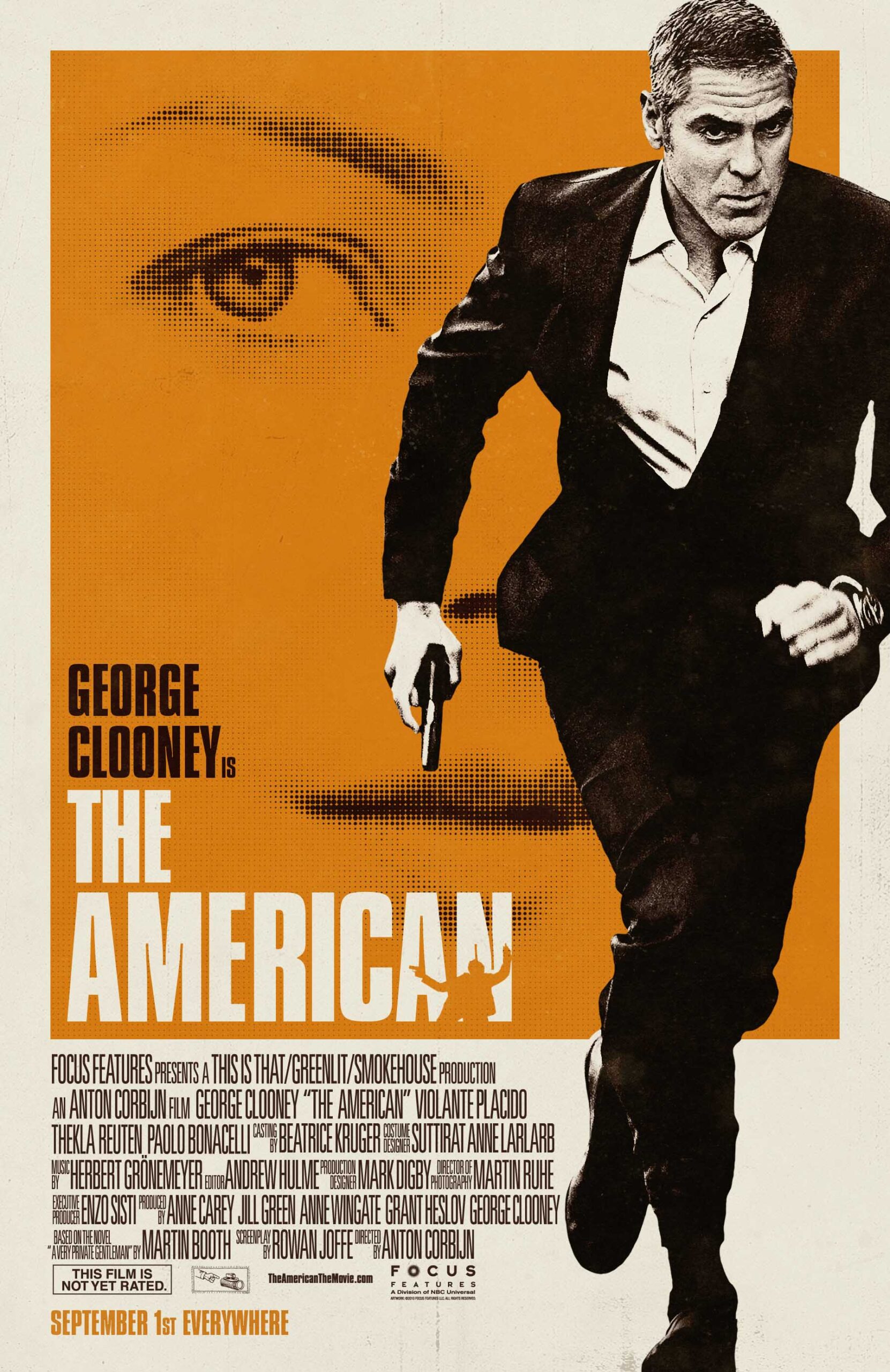 There is only so much “Euro” Americans will put up with in their motion pictures. And this thing has it in spades. Not only in its waaaay foreign filming locations but also in its glacial pacing and languid all around style. As much as I’d like to think of myself as different than most Americans when it comes to caring about each scene moving the film forward – as well as recognizing one damn thing in the scenery – I couldn’t help but feel myself completely divorced from just about everything that occurs in this thing.

And what better actor to convey a sense of not moving forward than George Clooney? The man who can say a million things without opening his mouth. Just stares with that one slightly wonky eye and twitches a jaw muscle and though you’re always aware he’s George Clooney, you feel like, sure, George Clooney could be a damn assassin when he’s not acting, right? I mean he’s like 007 and shit when he’s swinging naked with models on his rope swing over Lake Como anyway, so this is just one leap of the imagination to the left.

But this George Clooney is a lonely assassin. He’s lonely to the point that being with a woman whom he actually likes (and subsequently has to shoot in the back of the head) is grounds not only to be called out as “soft” by his bosses, but also opens himself up to be removed by said bosses as a serious viability. So after offing his girlfriend in the beginning of the movie (in some frozen Swedish tundra) to keep his identity a secret, he flees to Italy and decides he’s lost his taste for the offing biz and calls the boss to tell him he’s out. And, stop me if you’ve heard this one before, he’s talked into doing one last job! Seriously, for fuck’s sake. It’s as if the people who write these scripts have never seen a movie before.

Cue the scenes of the Italian countryside, as Clooney relocates from Rome to some no-name village in the rolling Italian hills. He makes friends with an Italian priest. The guy has an accent. He walks around, takes long pauses and seems to talk about stuff in parables. And drinks foreign booze. And all the while Clooney’s character sleeps with Italian prostitutes and painstakingly puts together the parts for this special gun he’s building so another assassin he meets up with can use it for her job. Slow, slow shots of him putting together the stupid gun. And foreign-accented conversations with his number-one prostitute. And Clooney doing shirtless push and pull-ups in his hotel room.

Now the movie is called “The American” because everyone in this little Italian town refers to Clooney by that name. He’s pretending to be a travel photographer, but never carries a camera and seems to know nothing about Italy or the history of the area that he’s supposedly shooting. It’s a completely transparent lie, and one that I’m not even sure people are supposed to believe or Clooney’s character has the desire to even attempt to pull off. He’s too busy going on picnics by the river with his hooker friend. Literally nothing happens in this movie for ninety minutes. And when stuff finally does happen, it has that weird Euro anti-climactic thing where what we know is going to happen all along happens, and there’s some oddly muffled sound effects in the big scene and it’s really low key and then the main character drives toward the ending credits dying and basically no words are exchanged, some symbolism happens and the credits roll. In this case there’s double symbolism – both a butterfly (get it, a metamorphosis!) and Clooney’s character basically driving into a river and being baptized anew. Get it? Oh, sorry, spoiler! Trust me, though, you probably won’t care.