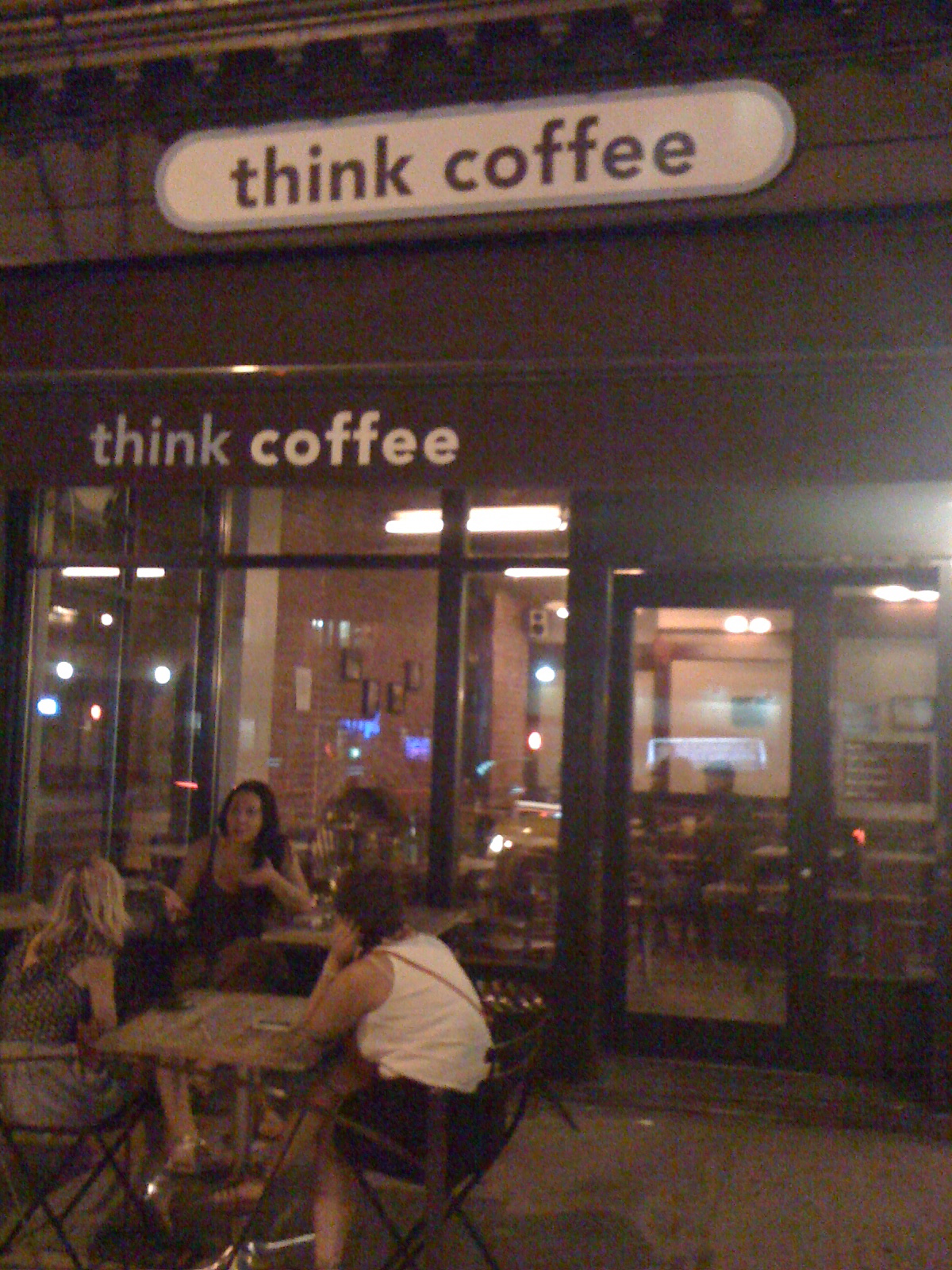 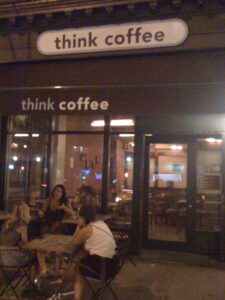 This place claims to be fair trade, organic and shade grown. I know what like one of those words mean, and absolutely none of them have anything to do with how I like my coffee. I give a shit about two words when it comes to java: hot and caffeinated. Or, if it’s a hot day: iced and caffeinated. This other nonsense sounds like hippy crap to me. I generally drink Dunkin’ Donuts, which is probably completely unfairly traded and is grown out on a dry lake bed in New Mexico while nuclear runoff ebbs on the shores of the beaches of DDT. I had the coffee here, and it might as well have been grown in my backyard for the difference I could tell between it and any other coffee I got in a restaurant or coffeehouse anywhere. So what set it aside was the lackadaisical service, the unclean surroundings and the general disarray of the joint. The milk had run dry, our friends couldn’t find any sucrose and our table took like 56 matchbooks under one of the legs to make it stand up straight enough to keep the coffee from sloshing over the side of the cup. The lighting was also oddly spotty and the bathroom was subpar for a place that serves liquid that makes its way through the human body faster than, well, shit through a goose. Even though they had a cool exposed brick wall and a couple big windows (it was nighttime, so those did us no good), there seemed to be little to no thought about the place’s setup. It feels like the owner may have spent time on the company’s other locations, but just found a space that was in a decent location and decided to set up shop with little planning or time spent. Shame on your fair-trading asses. [MF]