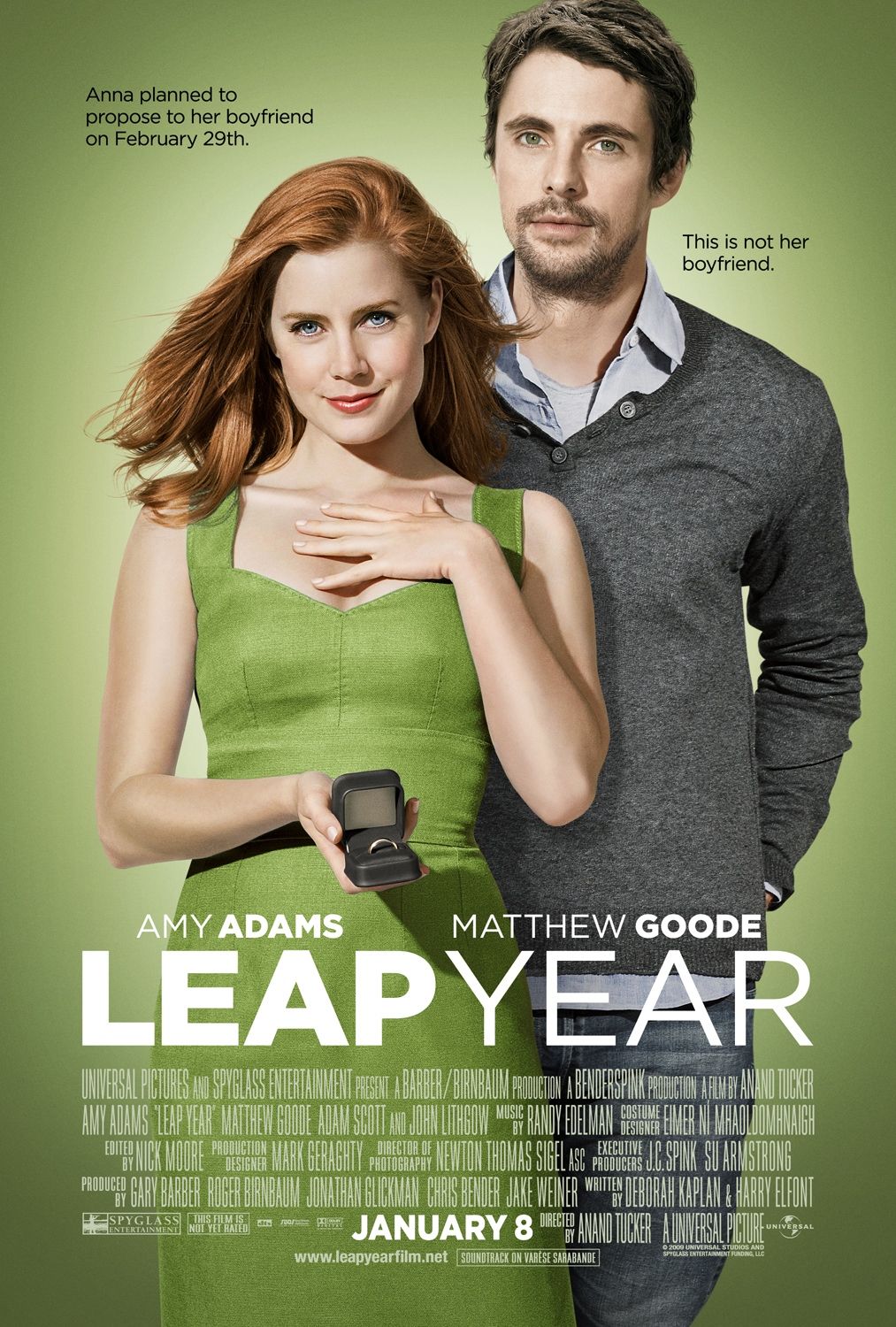 Ah the rom com. The district where handsome, successful guys suck and dudes who are poor as dirt, but have good hearts are the best! In other words, bullshit. When’s the last time you saw a woman throw over a suave hedge fund manager for a bartender just because the rich guy bought her roses instead of daisies. “He clearly didn’t love me because he bought me roses and the bartender does love me because he bought me daisies. How could my boyfriend/husband not even know I love daisies?!” Uh, because he’s too busy slaving away so you can wear couture and drive a Bentley to know your favorite flower–and the bartender just got lucky because he bought what was cheap. That’s pretty much this movie in a nutshell. And, quite honestly, I find it kind of annoying.

To take it further: you’re a woman who has invested, say, five years in a guy. He too has invested that time. You have your ups and downs, but he’s always treated you well, clearly loves you and is pretty much everything a woman would look for in a dude. But he hasn’t asked you to marry him yet. And you’re tired of waiting. Don’t discuss it with him or anything, this man you love and who loves you. No, harbor some sort of unconscious resentment towards this one fact and bottle it up. And then, in a wonderful twist of fate, you discover this old Irish tradition that on leap year in Ireland, women can propose to men! So you fly to Ireland, where your honey happens to be for a meeting, in order to ask him to be yours. And then rom com ensues.

Your flight is rerouted to podunk nowhere Ireland and you end up in the inn of a ruffian whom at first you hate because he’s the exact opposite of your boyfriend and you. He’s scruffy and boorish and uncouth and a total lout. And you fight with him like Michael Douglas and Kathleen Turner in Romancing the Stone (exactly like Romancing the Stone) despite the fact he’s trying to get you to Dublin in time to propose to your future husband. And the road romance rom com starts. Over the next couple of days you break heels and step in cow poop on the rough Ireland roads and your driver/future love burps and insults you for two days. Until this total stranger with whom you’ve shared a ride for a couple days starts to burrow his way into your heart. He’s broke, drives a shitty car and is pretty much gouging you for cab fare. But, so what. And, in typical bullshit rom com fashion the scale starts to tip and the old boyfriend in whom you’ve invested years and who loves you is starting to be overshadowed by some dude who could be a serial killer for all you know about him. But he said something sensitive so he can’t be a cold-blooded rapist!

And so the inevitable wraps up with Amy Adams (who reminds me of a cross between Kristin Wiig and Jenna Fischer) making that same stupid-ass choice that woman throughout the history of rom coms have made. I guess that’s the romantic side of the romantic comedy. Though this movie had little comedy and the romance just kind of pissed me off. So where does that leave me? Am I a hater? Am I unromantic? Or do I believe in the power of real relationships and not the transient googly-eyes of the world of these films that are clearly meant to hearten sad, lonely women into thinking their Prince Charming could be sitting just two stools down deep in thought about the next romantic plan in his playbook.