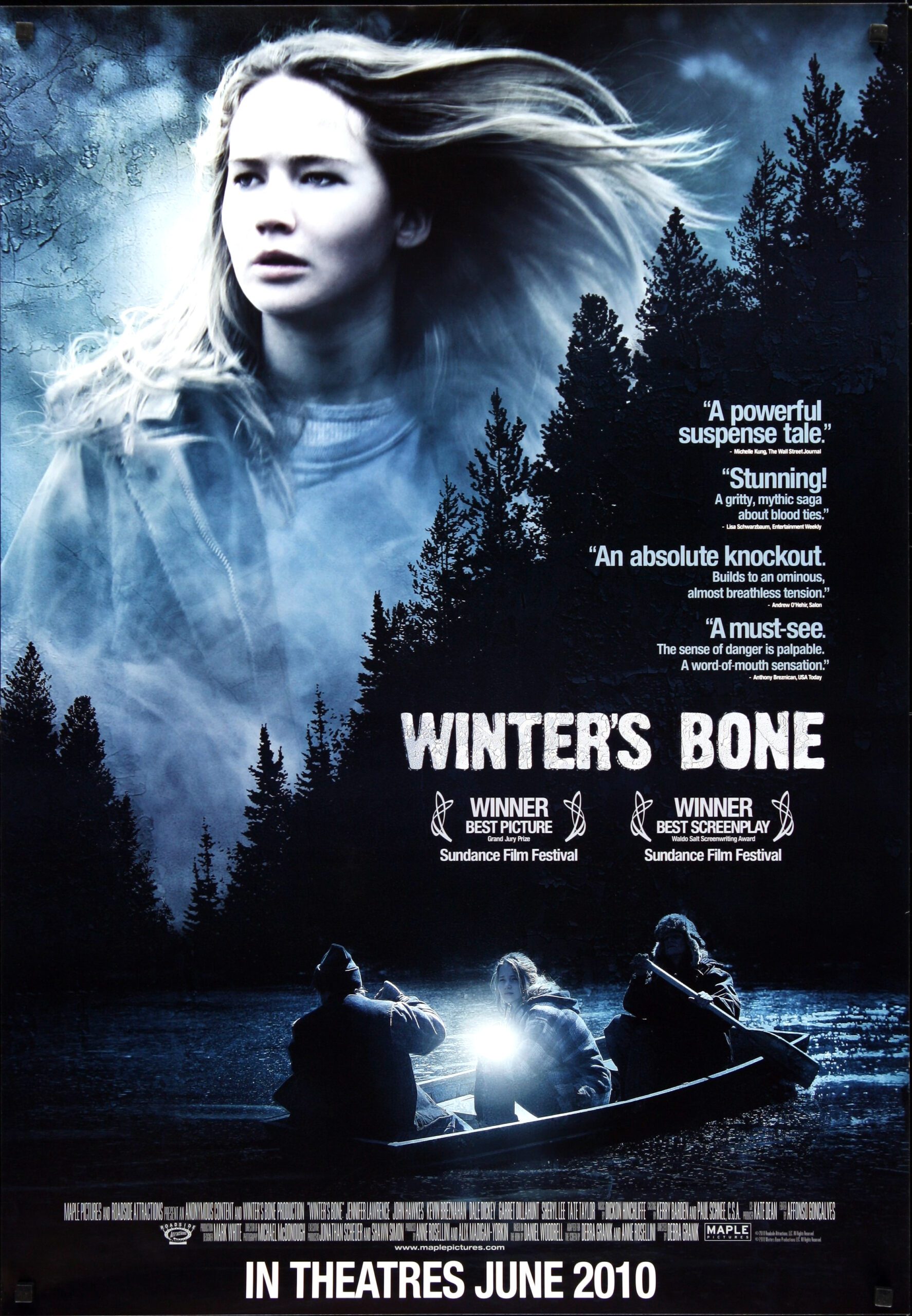 Hillbillies are funny. They’re all “kin this” and “kin that” and they all have skinny dogs chained to their sheds and cook meth and have like 27 kids and domestic pick-up trucks. This is a movie about said hillbillies, though I suppose they don’t refer to themselves that way. Nor are they referred to that way in the movie. But that’s essentially what they are. And apparently hillbillies are scary and mean. Who knew?

At the heart of this story is family. And in the land of the hillbilly, everyone is family. Literally. You’re related to your neighbors and your neighbor’s neighbors and the guy at the pump station and the chick who mans the horse stalls and the sheriff and the guy the sheriff just locked up. You know you’re a redneck when… So, the plot here is super-simple. There’s this girl, who is the daughter of a meth-cooking redneck. She has a catatonic mom and a little brother and sister. Her meth-cooking dad gets out of jail and promptly disappears. Their house has been put up as collateral on his bail, and if he doesn’t show up for his hearing, the family will lose the house. I think this is the same storyline they used in Breakin’ 2: Electric Boogaloo. Ok, not quite, but the idea is the same. Save Miracles! The girl, who’s seventeen, then spends the rest of the film walking around the town asking her neighbors and some of the scary hillbillies if they’ve seen her dad. It seems there’s a hillbilly code that is very similar to the code in the ‘hood: don’t snitch.

So the girl is stymied by just about everyone, including those family members both closely related and those related a little more distantly. But finally her really scary uncle played by John Hawkes and nicknamed Teardrop decides that he’s going to put aside his meth snorting and self-absorbed scariness long enough to try to help his niece figure out who done his brother in. As it becomes obvious after a while, in a town as small as theirs, that the dad didn’t in fact skip on his bail, but rather met with a much more gruesome fate.

Throughout, the daughter remains steely and set on keeping her house for her mom and siblings. Oddly steely. In fact, this whole pack of Ozarks people are a hardened bunch who seem to value life as just something that you kind of make it through. As is obvious by one particular scene involving a chainsaw. The whole thing seems to have this inhuman prison code about it. And the pacing of the film, which was slow and drawn out, also helped build the undercurrent of violence and danger faced by our main character. The sense of this character wasn’t really conveyed to us by the actress herself, as she remained stony and matter-of-fact throughout, but rather through subtle glimpses into her life — not the typical life of a girl who should be going to prom and the mall with her friends.

All in all, the film doesn’t really live up to the hype. The plot is amazingly one-dimensional, linear and ultimately not all that interesting. If they had twisted up the timeline, or in some way made the thing not so straigh forward, it would have added that bit of intrigue and richness that was lacking. It’s only in the little things in the film that make it something more than a rote early nineties indie mystery/thriller. It’s worth a watch, for sure, but really only if you’re looking to see a society that makes wherever you’re living look like Monaco.