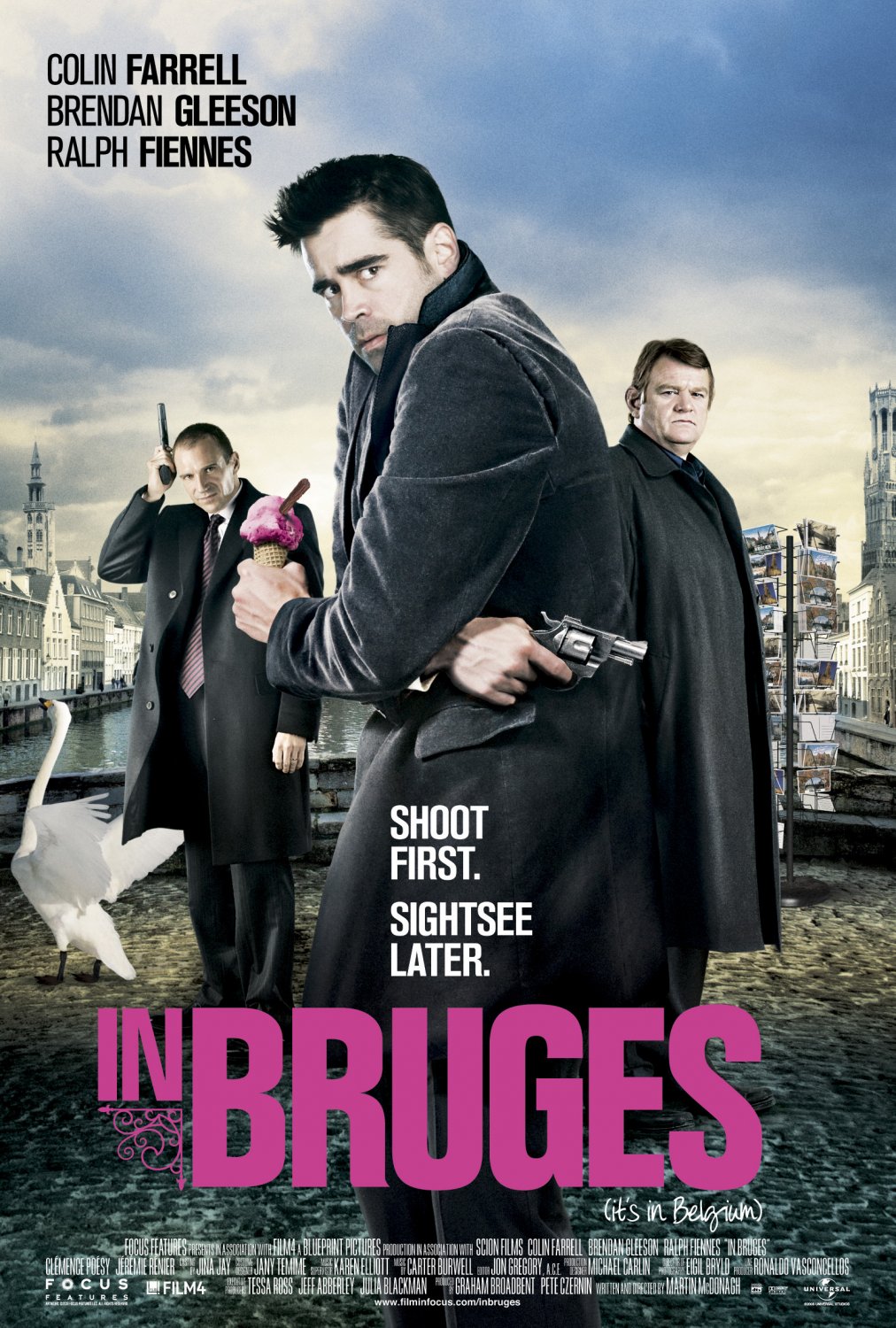 If they gave Academy Awards to eyebrows, Colin Ferrell’s would win hands down. Unfortunately the rest of him can’t really act for shit, but in this role he is somehow convincing as a damaged first-time hit man. His comic timing is actually pretty good, and despite the fact in a lot of scenes you can feel him “acting,” he does a really decent overall job. But those furry caterpillars on his forehead are the equivalent of having The Master in a baby bjorn on your chest or Kuato under your coat; it’s like Ferrell had his own sidekick, his own comic foil whenever he arched a brow.

All acting aside, the movie itself was actually a nice mix of action, quirky comedy and sharp dialogue. At its heart this is, like most good movies, a character study–although combined with a bit of a fish out of water and caper movie. Mix in some post-modern, movie-within-a-movie, self-aware b.s. and you have a great mix of art and commerce. I mean any movie that has a subtle homage (intended or not) to Living in Oblivion is awesome in my book.

Honestly, the biggest star in the film (and, no it’s not the dwarf) is the city of Bruges. Ferrell’s character, who is a perpetual child, hates the antiquated city with its medieval churches and towers, but his hitman partner, a grizzled vet, loves the place as anybody would with its canals and nighttime twinkle lights. It certainly made me want to visit. The whole film the two argue about what they’re going to do with themselves as they wait for bad stuff back in London to blow over. Ferrell wants to go to the pub and look at chicks (and get back to London as quickly as possible), and Brendan Gleeson wants to take their time to be a tourists. They both kind of get their way until that evil Nazi, Ralph Fiennes, steps in and ruins the good times. He’s their boss, so to speak, and apparently Farrell f’d something up good back in London, and it turns out Bruges is kind of his “going away” party. The relationship between Fiennes and Gleeson is actually pretty funny, and the dialogue, which is peppered with more f-bombs than a Tarantino movie, crackles with life.

I like so few movies these days, so any time I can see something that is funny, artistic and entertaining, I’m in Bruges.