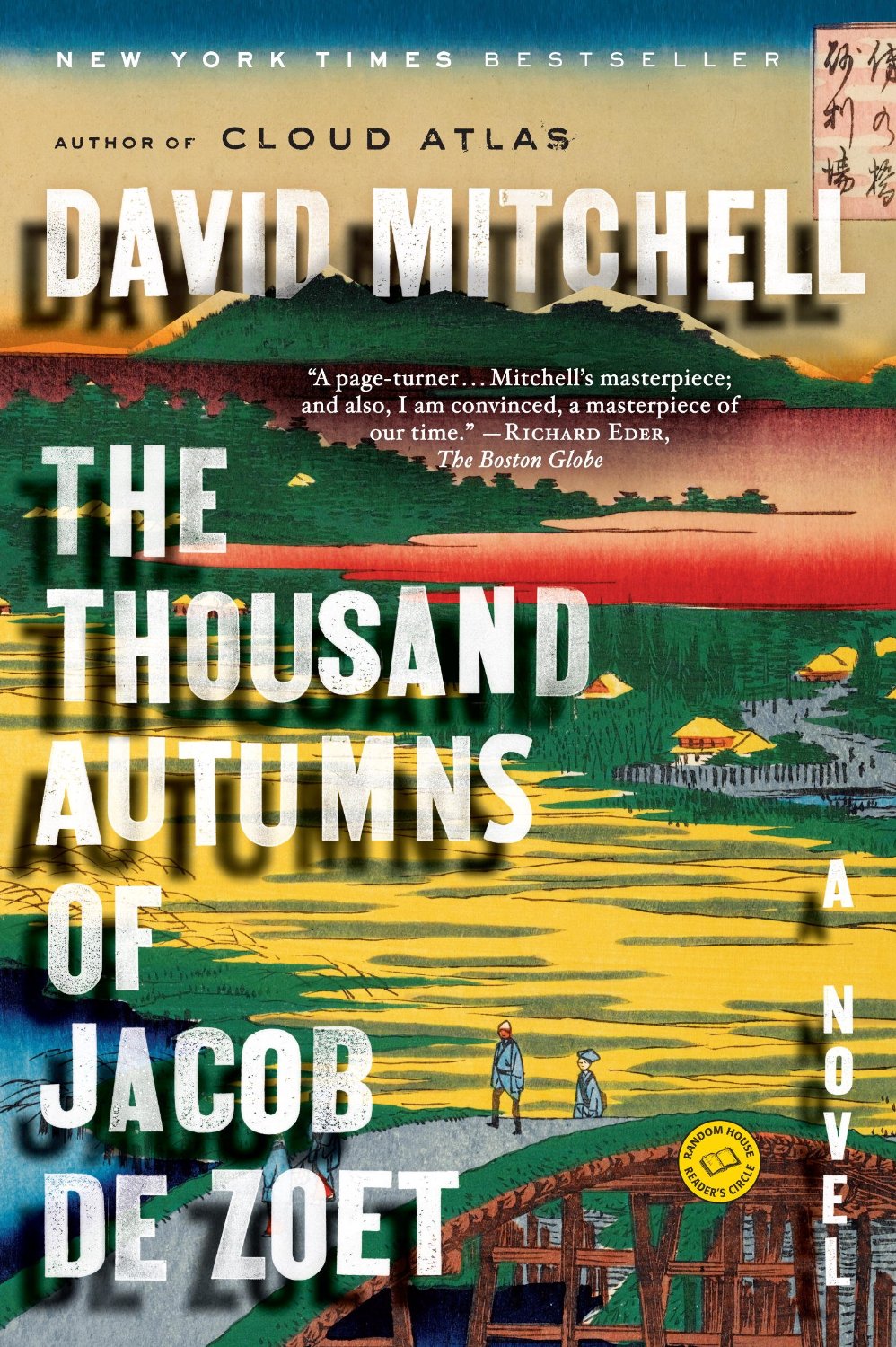 I am an unabashed fan of David Mitchell. At least I was an unabashed fan of David Mitchell. I loved his mixture of fantasy and sci-fi and literature and bizarro plot devices and post-modern narratives. And then he went and got all traditional on me come his fourth novel, Black Swan Green. So this was the new Mitchell I had to settle for; a great writer who writes relatively straightforward coming-of-age stories set in his home country of England. And then he goes and does another 180 and writes a giant novel about feudal society in Japan in 1799! Man, this much talent and utter and complete well roundedness shouldn’t be allowed in one man. This isn’t to say that I don’t miss the old Mitchell desperately, but this Mitchell is clearly a very studied man and amazingly patient and detail oriented.

So, what did I know about Japanese feudal society in 1799 before reading this book? What did I know about The Dutch East India Company and Dutch politics and whatnot (despite just going to Amsterdam)? Pretty much nothing. But luckily I have our esteemed author to lay it all out for me. Granted, this isn’t a dry history lesson; it’s an actual story about our hero, Jacob de Zoet, a mild mannered clerk stationed on Dejima, where he works for the Dutch East India Company. Now if you don’t know what Dejima is, you’re not alone. Apparently it’s in Japan. Along with that, there are all sorts of places mentioned, most of which either no longer exist or have changed names several times since. It’s hard enough figuring out the governments and social strata of Japan in 1799, let alone the difference between Java, Zeeland and why a company based in Japan has the word India in it. There is also the fact that Japanese names are backwards, I have trouble remembering the difference between a shogun and a samurai and the majority of the dialogue flows through Japanese translators translating Dutch to Japanese and Japanese back to Dutch, so you’re never quite sure if the translation is correct, accurate or tinged with misunderstanding or political hesitance.

Challenging read aside, the narrative proceeds at a good clip, introducing us to a core crew of folks on the Dutch East India side as well as the many Japanese working in Dejima and throughout the mainland. Not having much of a clue about Japanese history, it was clear that Mitchell, who has definitely delved into modern and ancient Japanese society in at least a couple of his former books, did his research here (or at least seemed that way to me). He captured the feeling of the closed country and their stifled sense of self throughout. Rank is everything, so Mitchell spends a good deal of the book subtly explaining the delicate balance of the society that is at once rigid and mysterious to outsiders, but also rotting from the inside with corruption and decay due to the lack of any kind of outside influence or checks. Our main character, Jacob, has to wend his way not only through the politics of his own Dutch company, but the bizarre and paranoid world that he’s living in. He also has to deal with his own career aspirations, as well as an unsettled global landscape back in The Netherlands and a budding romance with a Japanese woman that is totally verboten. That’s the funny thing about this book, and probably what motivated Mitchell. When it comes down to it, this is really just a soap opera set against a really complicated backdrop.

At the heart of our soap opera is Jacob, who is honestly kind of a hard character to like. The guy is kind of an uptight, religious do-gooder who is both a company man as well as a guy with hidden aspirations that he buries in righteousness. He’s that kid in class that gets straight As, never goofs off and is smug as hell in his goodness. The issue here is that everyone else around him is either corrupt or on the edge of corruption. Though, again, what I may take as corrupt may just have been how they did business back then. Either way the Dutch East India folks all seem to be out for themselves and the Japanese officials, while less obvious about it, are also just as bad, but in a really restrained kind of way. The drama revolves around our man Jacob and his dealings with this co-workers as well as his trying to avoid losing his head (literally and figuratively) as he delicately sidesteps the politics of the company and the Japanese hierarchical craziness. Throw in the chaste, unrequited, and at times inextricable love for a scarred Japanese woman and you have the perfect storm of what for Mitchell seems like a pretty straightforward plot–just set in a place you’d never expect. Throughout the book there are many history and cultural lessons, political intrigue, mystery and dynamic character studies. It’s really an amalgam of several genres, but all genres not formerly explored by any of Mitchell’s novels. I can’t say I don’t miss the old stuff, but if I’m to ignore my knowledge about his past and concentrate just on this book, I can honestly say I like the new version of this author. Maybe next time he’ll give us the intricate plot, but leave out the samurai swords.