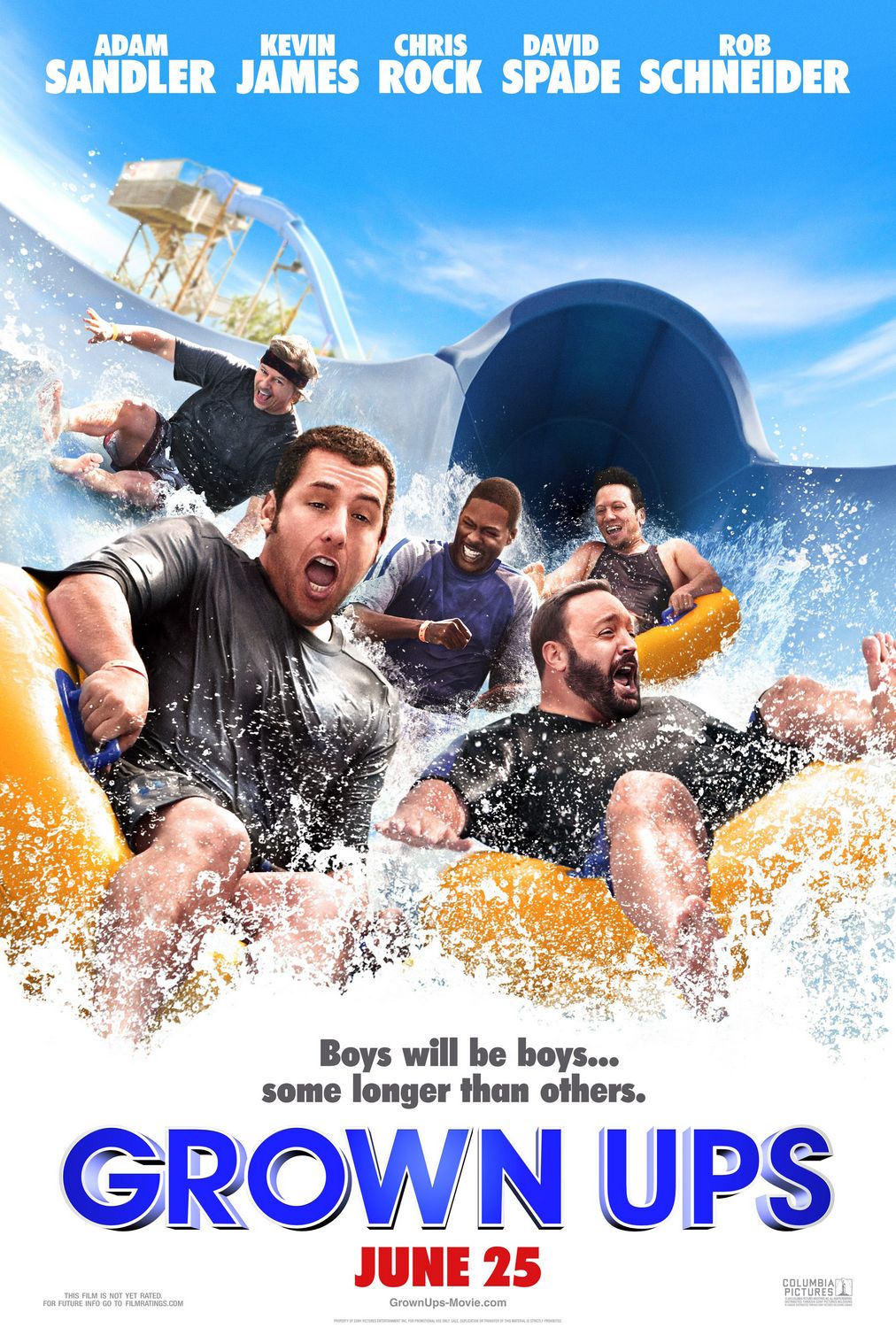 Who’s going to believe this group of pukes and dwarfs was ever a championship basketball team? Start with an absurd premise and get an absurd movie. Throw a bunch of people who are marginally funny in movies (to sometimes-funny) in a movie together with no script and expect the outcome to hang together and you’ve clearly been smokin’ crack. Oh, and remove any R-rated words and make your target audience a wishy washy mix of kids and immature adults and you get a movie that is both not funny and straight up embarrassing and boring.

Look at the cast of this thing. It’s like a latter-day brat pack of popular grossout comics, some of whom are talented in their own right when doing stand up (Chris Rock) or put in the right situation (David Spade). Using Adam Sandler as the hub, have them all orbit around him trading yo mama jokes and inside winking and film the outcome. It turns out that having a plot, a plan and a script is actually a good idea despite what the producers obviously thought would be a laugh riot after hanging with these guys one night at the Friar’s Club (a scenario totally made up by me). And I have no doubt that being the fly on the wall watching these dudes, whom I believe are all friends in real life, hang at a dinner table in the real world would result in a laugh riot, replete with racism, dick jokes and all sorts of zaniness. The problem is trying to capture that loose banter and camaraderie when subjecting them to the limitations of a PG rating and some semblance of a direction they’re supposed to be following.

And that direction, while incredibly weak, revolves around a family reunion of sorts wherein all these old friends from their childhood championship basketball team gather at a cabin with their families for 4th of July after their coach passes away. Each guy has his issues with his family (or lack thereof) and of course all of them have aged considerably since their youthful playing days. Let the fat jokes begin! And, surprisingly, let the sappy scenes of family reconciliation begin as well. I almost missed the mean/crazy Adam Sandler characters. Sandlers’ the famous guy, Spade is the perv, Rob Sneider is the butt of all the jokes, Kevin James is the nice, fat hapless one and Chris Rock is the black guy. There is truly only one redeeming thing in this entire movie, that being Salma Hayek’s boobs. If I weren’t trapped on a long flight to Europe with no way to change the channel, I would have gone and like cleaned the basement or stripped the floors or played with matches rather than waste my time with this garbage.