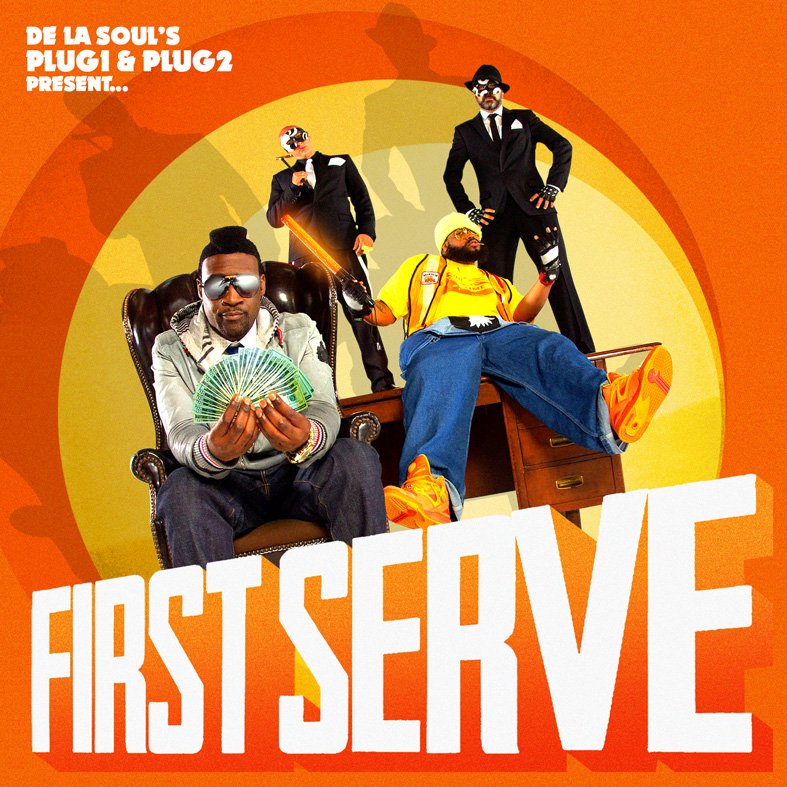 I’ve been unsure how to classify this album. I mean it’s two of the three dudes from De La Soul, so it’s not technically them, but to be honest, Plug 3 has been missing on several of their releases anyway, so I’m gonna label it De La Soul and let haters be haters. Now I’m a fan from way back. I was bumping 3 Feet High in high school and even cranked up Buhloon Mind State junior year of college. And I must say I was quite alone there. They obviously put out a few more albums, but since 2004’s The Grind Date, things have been a little sketchy. And hip-hop is generally pretty unforgiving about long absences. This ain’t rock and roll, folks, where a seminal band can reunite after 15 years (looking at you Mission of Burma) and still crank out some good tunes. So be this an official De La release or not, I’ll say, “sure it is.” That’s why it’s funny that so much of the album’s focus is on this whole concept album idea of a young-ish couple of rappers coming up in the 90s trying to make it in an industry that doesn’t value putting in work and perfecting your craft, but rather on who you know, who you impress and how commercial you can be. I get it. I get it, rap has gone to shit. I certainly don’t disagree, but I mean this is a group who put out their first album 25 years ago. 25 years! And rather than concentrate on who they are and where they are, they’re getting in the time machine and rehashing ground they’ve already tilled. And perhaps this makes their point, but hip-hop, though it often claims to be steeped in history and respectful of it, could give two shits about the business of their parents’ generation. They just want to get deals, get paid and do their thing -– whatever that thing is this month. So, while someone of my advanced age can appreciate this rather basic history lesson in concept form, it sounds even to me like some old guys pining for a time long gone. The irony here is that some of the tracks here are almost indistinguishable from groups like Black Eyed Peas or some of the pop groups of their ilk, so the message is a little muffled in the overt commercialism of some of the music. Again, I may be missing the point, but while I do enjoy the effort of the concept album, I’m not down with the concept. There are some decent tunes here, but ultimately the exorbitant number of skits (I’ve often professed my hatred of skits and the like) and the bubblegum production just puts this thing outside my area of interest. Though, because it’s De La, and because I’m loyal to my old proclivities, I will certainly spin it up on occasion to hear what could have been – or perhaps will be.