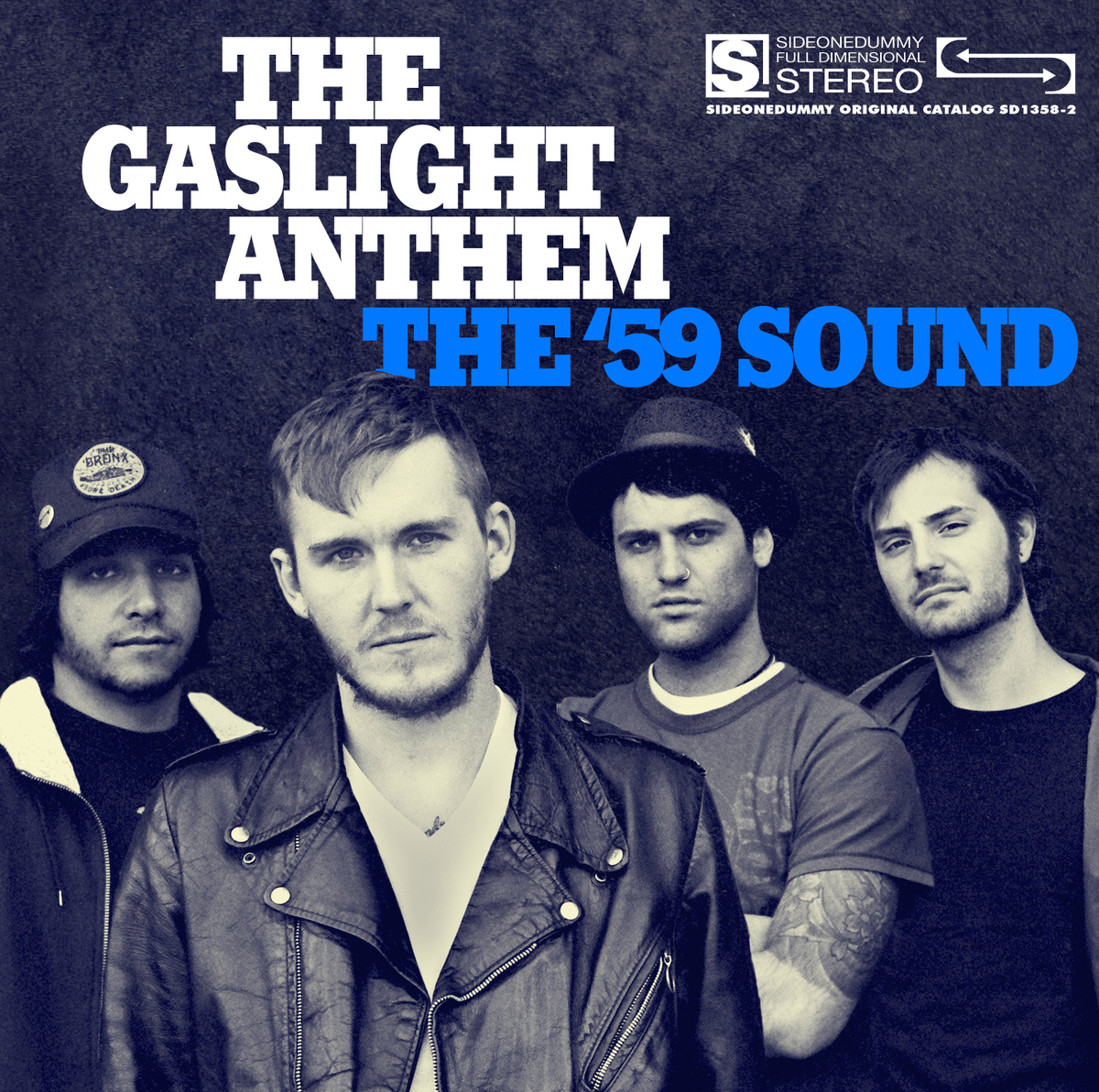 The Gaslight Anthem: The ’59 Sound

Sitting in my adopted state of New Jersey I can’t help but be a little proud of anything good coming out of the state. It’s part of the inferiority complex from which the Garden State suffers (although why would anybody feel inferior to Pennsylvania?) We’re just so used to everything here sucking (the drivers, the taxes, the smell, etc) that when we see a success story like Bruce or Bon Jovi, we latch on with two hands and don’t let go. Such is the case with Gaslight Anthem, who sound even more like a latter day Springsteen than the oft-compared The Hold Steady. Sleeved in tattoos and with a face that is both sweet and weary, lead singer Brian Fallon channels The Boss somewhere between his Born to Run and Born in the USA mode. The music is anthemic rock n’ roll about boys and girls and small Jersey towns and growin’ up inside the struggle. There are times where the lyrics ride that very edge of cliche, but are effective in a way that is genuine and never whiney or pathetic (the pitfall of so much modern popular rock). Sure it’s a little more poppy than I’m used to, but since listening to this album I’ve actually felt my Jersey juices flowing and might dig into the stacks for those old Bruce albums and see what all the fuss is about. Even Belle & Sebastian thinks “Jersey’s where it’s at!”